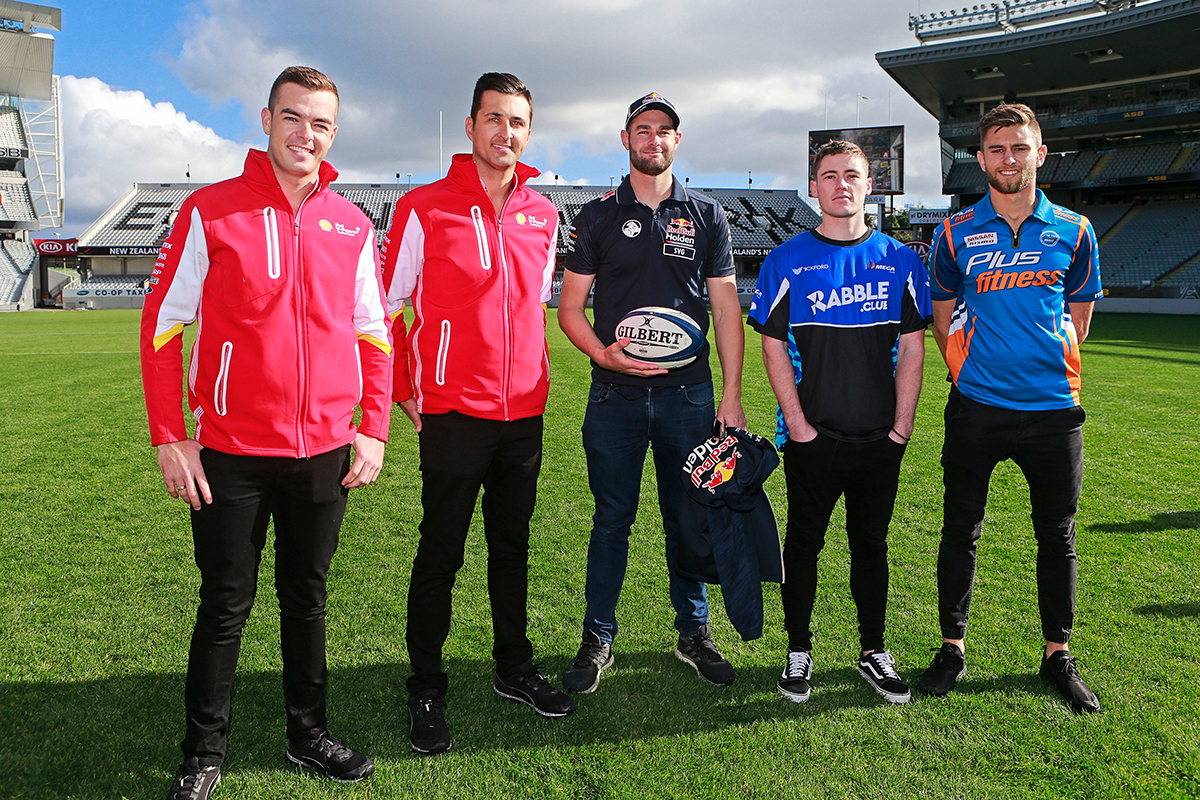 McLaughlin, van Gisbergen, Fabian Coulthard, Andre Heimgartner and Richie Stanaway were on hand at Eden Park in Auckland on Thursday, getting kicking tips from All Blacks legend Grant Fox.

The 1987 Rugby Union World Cup winner is a trustee of the Big Buddy Foundation, the official charity for the November 2-4 event.

Pukekohe is the penultimate stop on the 2018 calendar, with the fast and flowing circuit hosting Supercars for the 13th time. 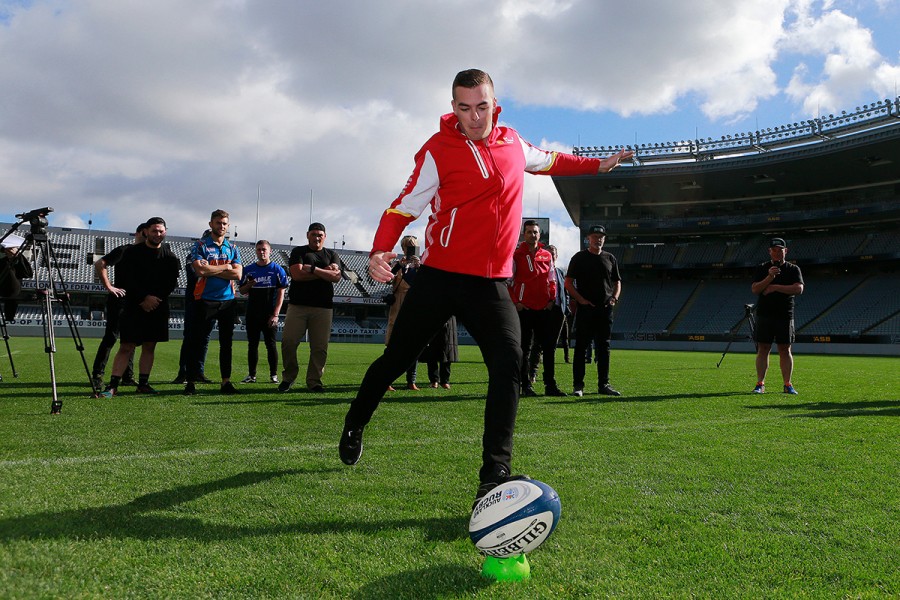 “It means so much to me and all of the Kiwi drivers and those who work within the teams to be able to race at home," McLaughlin, who leads van Gisbergen by 131 points in the standings, said.

"Hopefully this year I can finish off the championship by setting it up at Pukekohe in November.”

McLaughlin's maiden Supercars Championship race victory came at Pukekohe in 2013, his rookie season, while van Gisbergen has three – including one last year – to his name.

“We love it here and any chance to come home is great," van Gisbergen said.

"But to come home and race in front of so many Kiwis at Pukekohe is next level.

"It is a huge buzz to compete at the highest level in front of your home crowd.”

Supercars will race at Pukekohe until 2019, with an option for another year in the current contract.

“As a proud New Zealander I am delighted to bring the world’s best touring car Championship to our Kiwi motorsport heartland once again,” Supercars CEO Sean Seamer said.

“New Zealand has a very rich and deep history in world motorsport and we are proud to have five Kiwi drivers currently racing in the Championship.

“To be able to come home and show their wares to such a passionate support base in New Zealand is very important to them and to us.”

This year's race is expected to move attendance at Supercars events in New Zealand past two million since Pukekohe's debut in 2001.

“Supercars and the top ranking Kiwi drivers have a strong fan base in New Zealand, and the ITM Auckland SuperSprint is a great chance for Aucklanders and New Zealanders to see world-class motorsport and our own drivers here on home turf,” Steve Armitage, Auckland Tourism Events and Economic Development General Manager Destination, said

“The event has generated $35m for the regional economy in the past five years, its broadcast helps promote Auckland to domestic and key international target markets, and its timing in the visitor shoulder season, when there is plenty of accommodation capacity in the region, aligns well to the new Destination AKL 2025 strategy.

“It also provides valuable experience for the hundreds of volunteers who train and take part every year, a showcase for Ngāti Tamaoho to share their culture at the venue and in the event broadcast, and the chance for thousands of Auckland school children at all levels to participate in the Students on Track educational programme.”