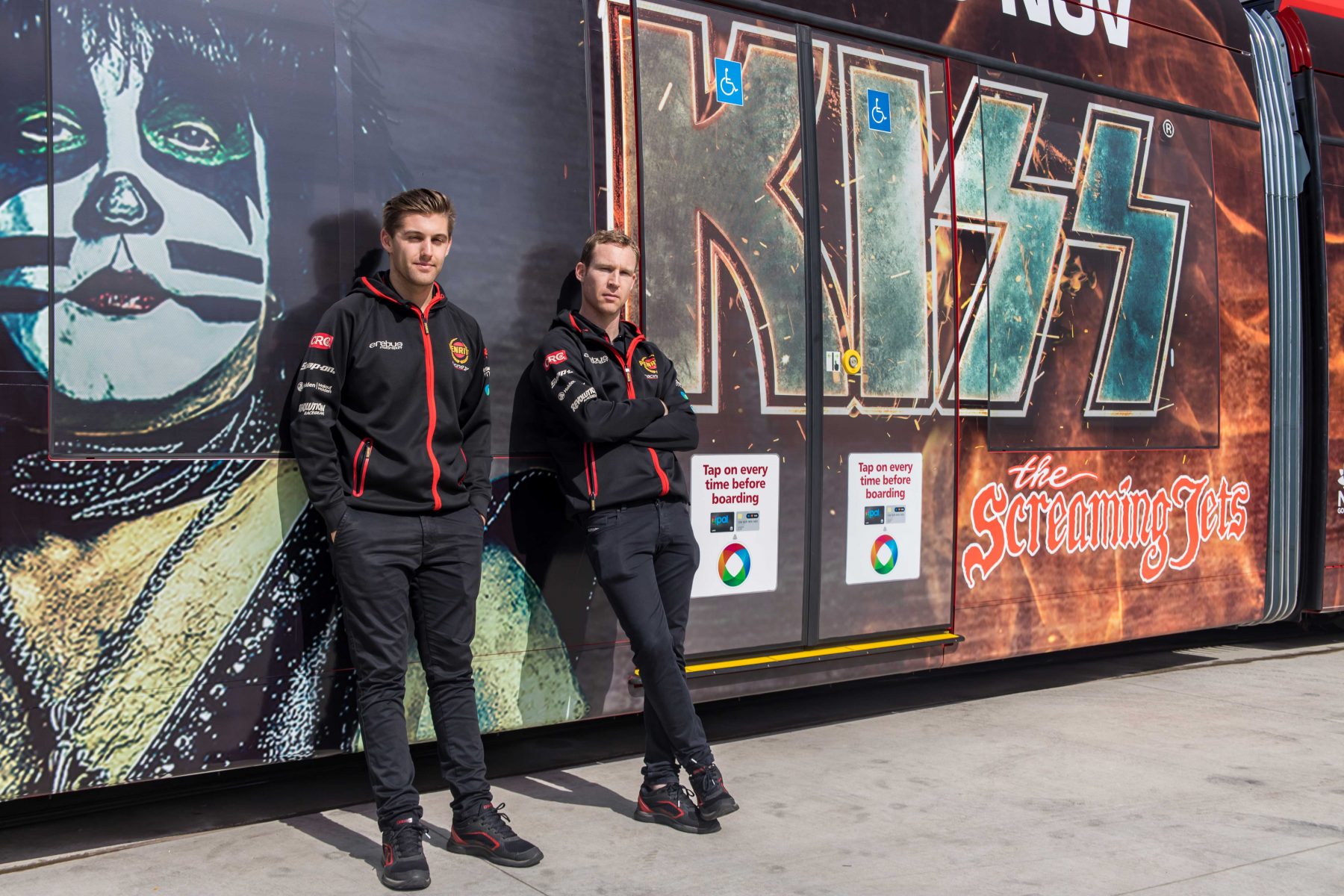 Penrite Racing duo David Reynolds and Anton De Pasquale have unveiled a new-look KISS tram in Newcastle to support the upcoming Supercars round in the NSW city.

The Coates Hire Newcastle 500 will for the third time act as the season finale when cars hit the track across November 22-24.

Not only will the event feature intense racing but a concert spearheaded by world-class rock band KISS on the Saturday night.

To celebrate the excitement around the countdown to both elements, Newcastle’s trams will be covered in Supercars and KISS imagery.

Reynolds said it was an honour to see vision of his 2018 Newcastle victory celebrations splashed across the city’s light rail system. 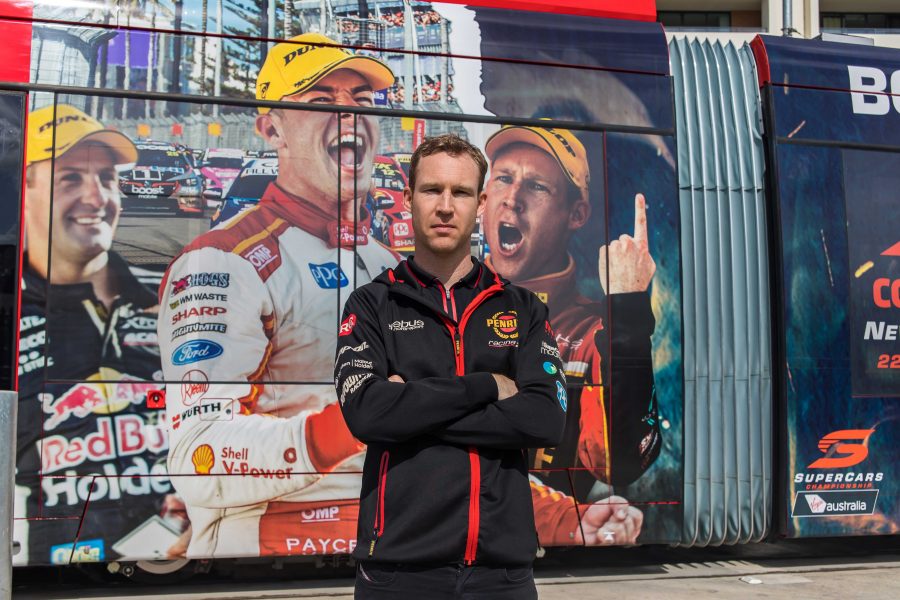 “It’s very cool to be up there alongside KISS,” said Reynolds, who was joined for the occasion by Newcastle Lord Mayor Nuatali Nelmes.

“Newcastle is one of my favourite events. The street circuit is one of the hardest we race on and the fans embrace us like nowhere else.

“There’s less than 100 days to go now, so looking forward to getting back here in November for another big weekend on and off-track.”

“We’re expecting KISS and the Screaming Jets to bring in another huge crowd of local fans and visitors that we anticipate taking full advantage of the light rail and other local public transport services,” he said.

“Light rail services will be running through to 1am Sunday morning, with increased service levels to handle the event crowds.

“Train services will run toward the Central Coast and Sydney Central up until 11:40pm on Saturday night as well, to cater for fans heading south after a huge day of racing and the KISS concert.”