Brad Jones Racing co-owner Kim Jones will present the Jason Richards Memorial Trophy this afternoon, named in honour of his close friend and driver who passed away in 2011.

Kiwi Richards was loved in the paddock, and after the trophy was created in 2013, BJR took the inaugural honour with Jason Bright behind the wheel in fairytale fashion.

Despite a clash with teammate Jamie Whincup in the third race, Shane van Gisbergen leads Mark Winterbottom by 18 points in the race for the trophy. Scott McLaughlin is third, with Whincup fourth and just one point away from the Volvo.

Brad Jones Racing has had a hard weekend at the ITM Auckland SuperSprint – but presenting this afternoon will redeem the event for Jones. 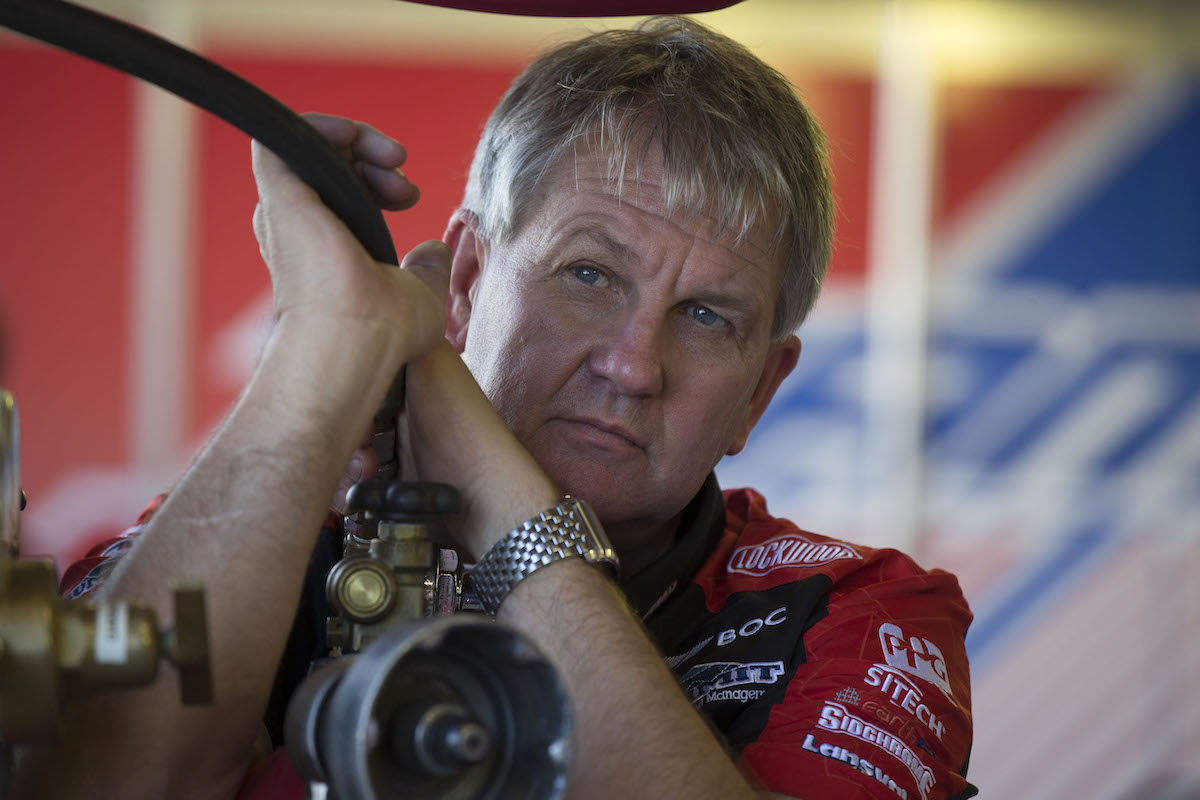 “I think it’s a very nice thing for them to ask me to do it,” Jones said.

“I spent a lot of personal time with Jason – my wife and I – and he was very close to my family personally, and to the motor racing family as well. He was a big part of what we did moving forward.

“I think it’s very important they’re recognising him with the trophy – Jase would love it. I know that Charlotte and the girls [Richards’ wife and daughters] really appreciate it … it’s a great thing – the only problem is it’s not going to a BJR car.”

An emotional Jones shared a memory of Richards.

“At Homebush, not that long before he died, he came along to the races and one afternoon he was looking really tired, so I said ‘come on Jase, I’ll take you back to the motel’. We’re walking out of the circuit, about 5pm, and we stopped and shook everyone’s hand, signed everyone’s posters. I said ‘we’ve got to go, he’s got to go and have some rest’. He snarled at me and said ‘these are my fans, I will be signing their stuff for them’.

“And that’s Jase, that’s how he was right to the end … he was an amazing person.”