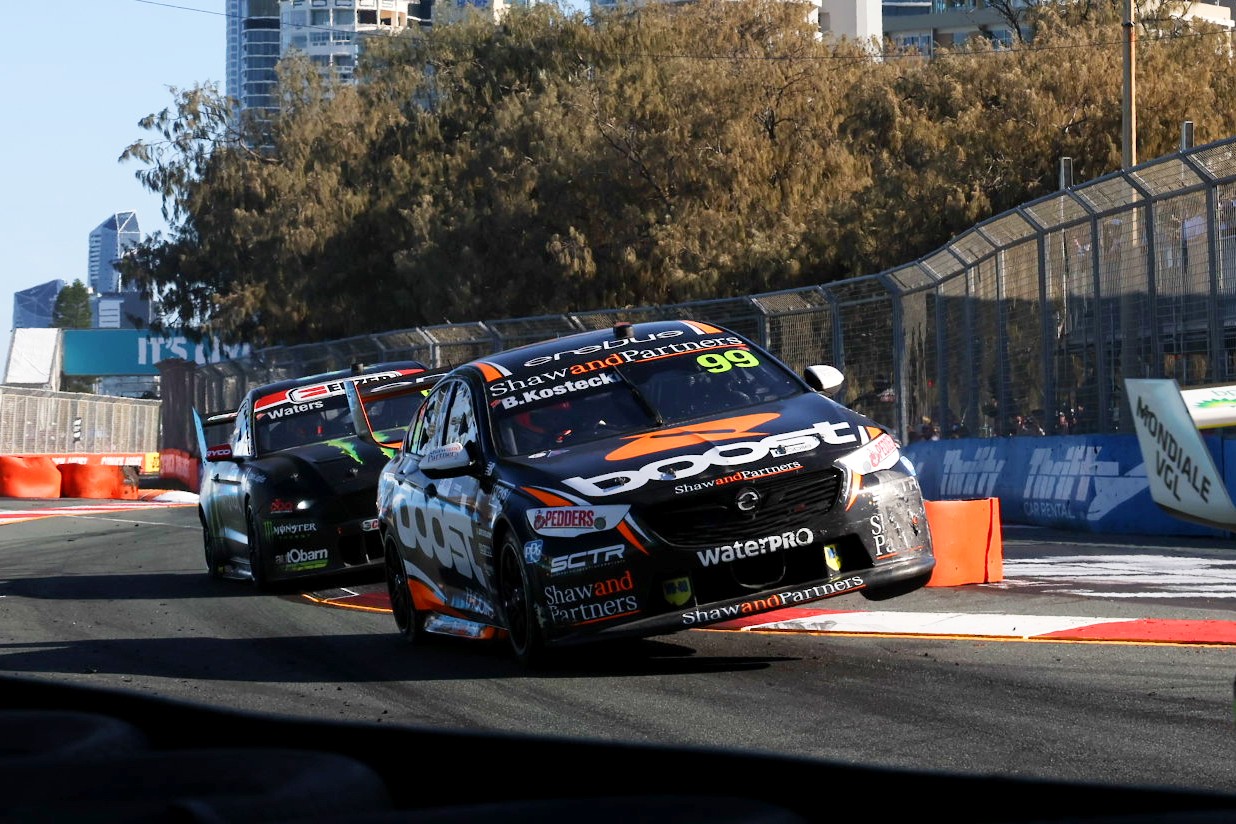 Kerb strikes ensured Cam Waters had to take it easy late in Race 32, which led to Brodie Kostecki’s surprise overtake.

He ran fifth late on, before being passed by Erebus Motorsport's Kostecki and Team 18's Mark Winterbottom.

The Tickford Racing driver failed to score a podium at a round for a fourth time in 2022 after Sydney, Albert Park and Sandown.

Waters was in the hunt in qualifying, but a mixture of luck, strategy and mistakes left him chasing in the races.

Kostecki caught Waters napping in the closing laps, and took fifth with a confident overtake.

The 28-year-old remonstrated over the radio after Kostecki threw his #99 Commodore down the inside, which resulted in contact.

Per the stewards report, Tickford requested an investigation into the clash.

It was determined that the incident did not warrant referral to the stewards as there was no breach of the rules.

Waters was later attacked by Winterbottom into the final corner, with a concertina behind seeing Scott Pye turned by Will Brown.

Erebus later lodged an intent to appeal Brown’s penalty, which was later withdrawn

It was the Winterbottom pass, however, which took him by surprise in the tight final corner complex.

On the Winterbottom pass, he added: “It was all going on.

"We’re two-wide in a section of the track where you don’t usually go two-wide through.

“I always knew it was going to end up in chaos and it did.”

Kostecki was aware Waters was short on kerb strikes: “Had a pretty good battle with Cam there at the end, he was out of kerb strikes.

“He made a bit of a mistake going through Turn 2 and I was able to sneak up the inside and take fifth.”

Waters retained second overall, with Shane van Gisbergen clinching the 2022 title with a round to spare.

Chaz Mostert, who scored two podiums, is 175 points behind his former teammate.

Mostert outscored Waters by 60 points at Surfers Paradise, but it could have been far worse for the #6 Monster Ford driver.

Waters was sent into a spin after hitting the tyre barriers, but managed to keep his car out of the concrete walls.

Despite missing out on a surfboard, Waters is confident he and his team will hit top form in Adelaide.

“We’ll be good at Adelaide,” he said.

“We’ve traditionally gone well there; even today, we were competitive.

“Just strategy and a few things didn’t go our way.

“The kerb strikes hurt us as well; being on my last warning with about 25 to go, I had to go a bit slower.

“We’ll bounce back at Adelaide."