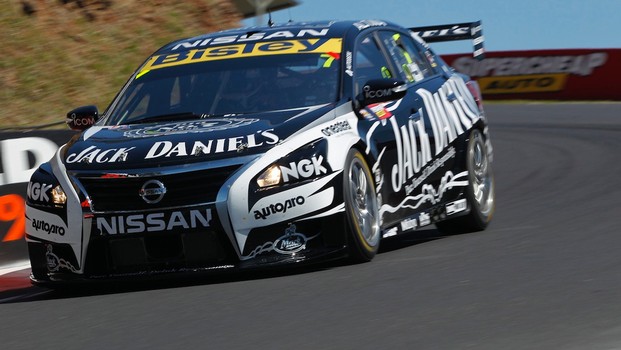 For Todd Kelly, the Supercheap Auto Bathurst 1000 was one of the shortest and most disappointing races of his career. Co-driver David Russell made contact with a kangaroo early in the race and the #7 Altima was forced into immediate retirement before Kelly even had the chance to get behind the wheel.

But coming event the ARMOR ALL Gold Coast 600 is all about surf, sand, sun and most of all, fun – so Kelly is looking forward to moving on from the last race and hitting a track he enjoys.

"I'm really looking forward to the Gold Coast, it's the last round of our PIRTEK Enduro Cup and I haven't really spent a lot of time driving around with my teammate David Russell, especially after having to watch the whole of Bathurst from the sidelines," Todd said.

"I'm looking forward to getting in and having a good crack at the Gold Coast, I think the cars will be suited a lot better to that circuit than they were to Bathurst or Sandown and Dave will do a top job up there, so hopefully it's a good one for us."

This year will be Kelly's 12th start on the Gold Coast.

Russell believes it will be crucial to get a handle of the circuit quickly this weekend.

"It's going to be important for us to hit the ground running, with the amount of sessions we have and the changing track conditions, the Gold Coast track changes a lot and I need to get on top of that and be fast right from the first session."

The brand new Nissan Altima V8 Supercars have been quick on twisty circuits this year, winning at Winton and finishing strongly in Texas, and while the Gold Coast circuit is a slightly different beast, being a temporary circuit, the Jack Daniel's Racing cars are sure to be fast around the back of the track.

Teammate Rick Kelly is a past winner on the streets of Surfers Paradise, having taken top honours in 2006 – his only victory during his Championship winning season.

"There's just the one long straight on the Gold Coast and you actually get to the same speed as you do on the main straight at Sandown," Rick said.

"Bathurst; tough event for us and a tough event in general just to get through the week no matter if you're up the front or out the back.

"For us it wasn't as good a result as what we'd hoped for, but we enjoyed the weekend and I'm excited to head to the Gold Coast. It's a fantastic event with very much a party atmosphere and it's a track that I very much enjoy as well.

"As a driver you want to be in the car as much as you can and it's a short turn around, which can be tough on the guys back at the workshop, but I can't wait to get back in the car again."

The #15 Jack Daniel's Racing Nissan Altima driver will again team up with Karl Reindler for the two 300km races – both are relishing the opportunity to get straight back in the car following Bathurst.

"I'm excited to get back in the car, it's great that this year as co-drivers we get the opportunity to have three proper cracks at it and from my perspective I'm constantly feeling more comfortable in the car," Reindler said.

"The Gold Coast is an event I really enjoy, it's incredibly challenging for the drivers and it will be the focus just to hand the car over to Rick each day with no scratches so that he can finish the job."

The weekend's action will feature two 300km races, one on Saturday and one on Sunday, with separate qualifying sessions each day. The international co-driver rule has been scrapped for 2013, meaning lead drivers will line up with the same co-drivers they had at Sandown and Bathurst.

Following the Supercheap Auto Bathurst 1000, Rick Kelly is 14th in the series standings, while Todd Kelly is 26th.

In the PIRTEK Enduro Cup, Rick Kelly and Karl Reindler are 17th with Todd Kelly and David Russell are 25th, after scoring no points at Bathurst.

The cup will be awarded at this weekend’s event, which also has a hot entertainment line-up supporting the V8 Supercars.

Tickets are still available for the ARMOR ALL Gold Coast 600. 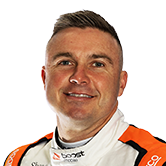