Kelly went from ‘scared and nervous’ to proud

Rick Kelly was proud of his outfit's dual-top 10 finish on Sunday at Queensland Raceway, having entered the race "really scared and nervous" about his Castrol Nissan's prospects.

Kelly moved from 14th to eighth in the second leg of the Century Batteries Ipswich SuperSprint, crossing the line right behind team-mate Andre Heimgartner.

It was just the third top 10 finish of the campaign for Kelly, with the Altima's tweaked 2019 aerodynamic package.

He declared himself "really proud of the result considering it’s been a pretty tough slog", and a turnaround from qualifying.

"It has been a pretty lean and frustrating seven months I think," Kelly told Supercars Trackside.

"I'm really happy with that. We left qualifying extremely frustrated with what we were able to extract from the car; we had two clean goes and just couldn't do it.

"You can't change the car, we left qualifying heading into the race really scared and nervous about what the car was going to do, given its poor performance in quali.

"To have it perform like that is fantastic, it's a credit to the team to turn it around like that and learn a little bit more.

"I think we learnt a little bit about the car itself and how to extract some time out of it on the track in the race and that's really good." 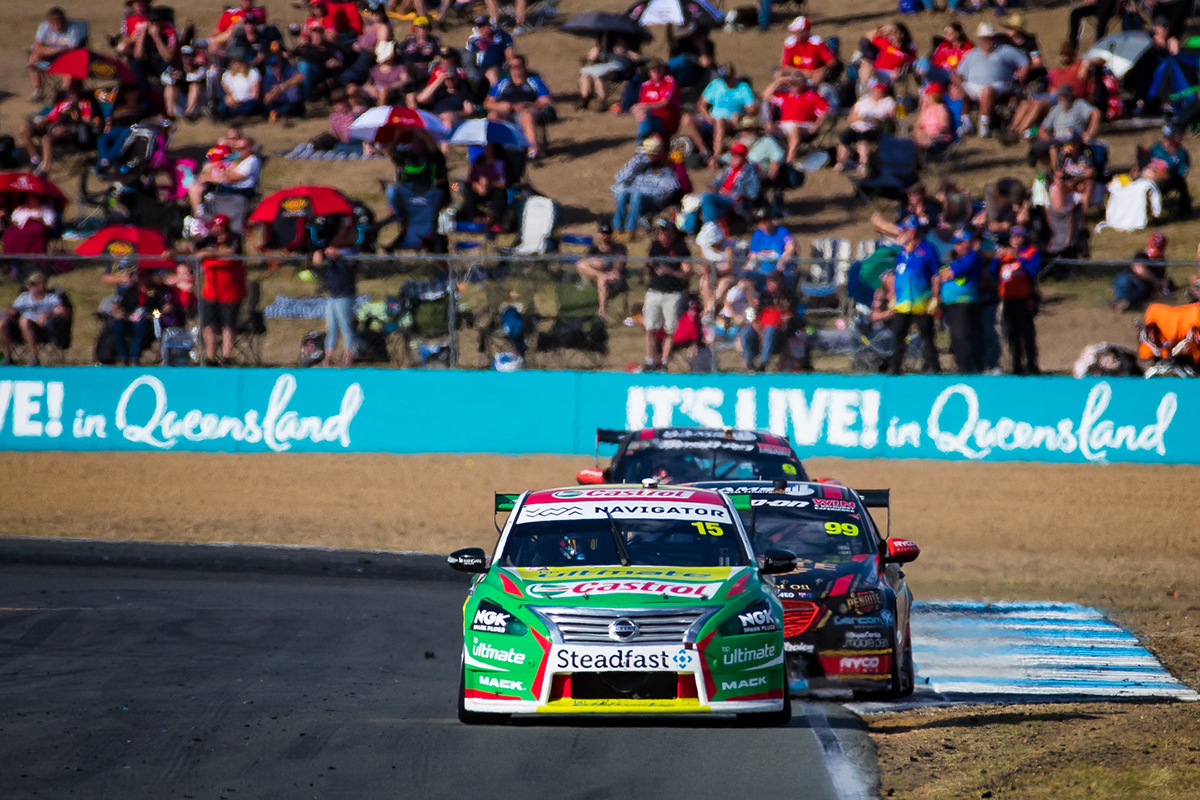 After finishing 16th on Saturday, Kelly had to withstand pressure from Penrite Racing pair Anton De Pasquale and David Reynolds in the final stint.

De Pasquale faded to 11th, while Reynolds had to pit again to meet fuel-drop requirements.

"We got a really good start, and settled into a rhythm, made a couple of little tweaks as far as my driving goes, which unlocked a fair bit of pace and longevity in the tyre," he said.

"That and some really good strategy from the team and a decent car got us up there.

"I know seventh or eighth isn’t amazing and it’s ultimately not where we want to be but it’s a great improvement from where we’ve been.

"I didn’t know that Reynolds behind me needed to stop for fuel but he or De Pasquale couldn’t get by me anyway; it was very close with those guys.

"Every lap was a qualifier to make sure I didn’t allow myself to display any weakness for them to capitalise on."

The Nissan outfit will undertake its first full test day of 2019 early next month at Winton, ahead of the OTR SuperSprint.

2019 Century Batteries Ipswich SuperSprint  ›
Stay In The Know
Sign up to the Virgin Australia Supercars Championship Newsletter
This website uses cookies to improve your user experience. By continuing, you will be providing your consent to our use of cookies.Ok