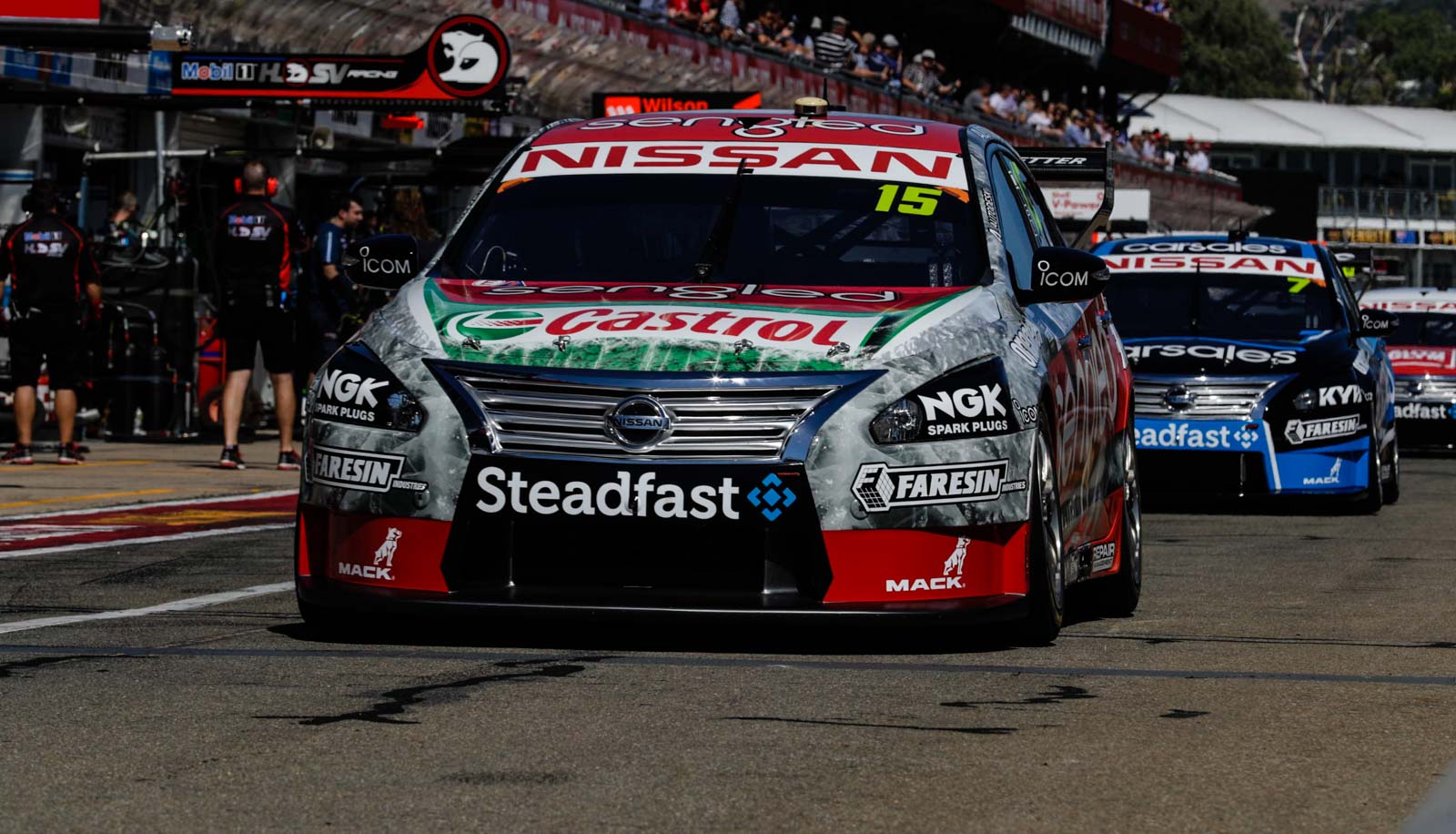 Nissan Motorsport driver Rick Kelly says his impressive early pace at the Clipsal 500 is down to understanding Dunlop’s new tyres better than others.

It followed his fastest time at the all-in Sydney Motorsport Park test last month, where teams had their first proper hit-out with the new construction Dunlops.

Kelly was clearly the pick of the Nissans today with Michael Caruso down in 14th, Todd Kelly in 16th and Simona De Silvestro in 24th.

“I think to be honest, the tyre is a big factor for us,” Kelly said.

“My engineer George (Commins) said six months ago that it could be a game changer.

“It’s certainly a big opportunity for us to capitalise on the tyre quicker than the others."

Kelly admitted he took the gamble to test on the tyre more than rivals in Sydney despite concerns over the impact on his tyre bank.

“We did a lot of miles on the new tyre at the test day,” he added.

“I think a lot of people opted not to run the tyre due to the tyre bank restrictions and stuff. We did.

“We’re a little bit tyre-starved from now on but we learned a lot from it.

“Today shows just a little bit of that and moreso tomorrow, I’m really excited and interested to see how the race plays out on the new rubber.

“I think it will be a little bit different behaviour-wise on that race stint to what we’ve had in the past.”

The 2006 series champion is banking on his experience in the races to help keep him towards the pointy end of the field.

“My strength has in previous years been as a racer more so than a qualifier,” Kelly continued.

“We seem to be fast here in qualifying and practice today, so the racing should be the easier thing to some extent.

“Again, it does depend how that tyre behaves because I expect it to be slightly different from what we have had in the past.

“There’s more in me driving the car a little bit nicer with what we’ve got in it at the moment.

"That’s something I can do in that 78-lap race tomorrow.”

Castrol Racing & NED Racing ›
Stay In The Know
Sign up to the Virgin Australia Supercars Championship Newsletter
This website uses cookies to improve your user experience. By continuing, you will be providing your consent to our use of cookies.Ok