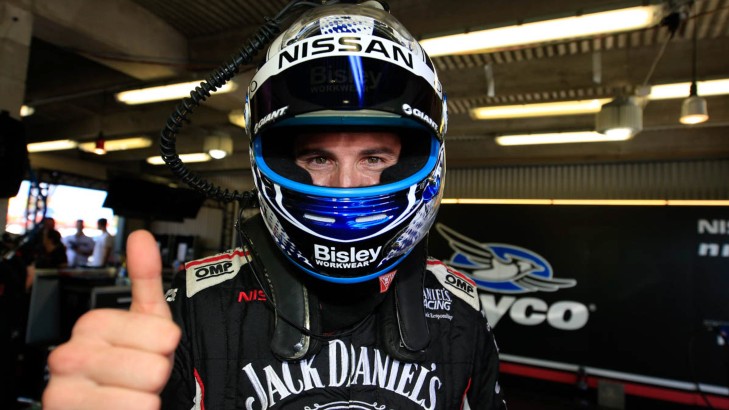 Nissan Motorsport's Rick Kelly will oversee the Nissan PlayStation GT Academy Australian Final, which will be held in the unique location of Warner Bros. Movie World this year.

Ten live event winners will compete against 10 of the best gamers from online play in the Australian Final, seeing them compete in gaming on Gran Turismo6 on PlayStation3, fitness tests, media sessions and on-track driving challenges in Nissan sportscars.

The Australian final will be overseen by a group of experts led by Nissan Motorsport V8 Supercars driver and Australian GT Academy judge and mentor Kelly.

The six best contestants from the Australian Final will then join Kelly in flying to Silverstone F1 circuit in the United Kingdom for the 2015 GT Academy International Race Camp in August, where Australian hopefuls will compete against finalists from Mexico, Turkey, northern Africa and the United States for the chance to become a professional racing driver for Nissan and NISMO.

While at Race Camp, finalists will compete in various on and off-track challenges, including driving Nissan road cars and race cars on the famous Silverstone circuit. The winner of the International Race Camp will then be put through the intensive Nissan Driver Development Programme to ready them for a drive with NISMO at the 2016 Dubai 24 Hour sports car race.

In last year's International Race Camp, Australian contestant Josh Muggleton went agonisingly close to winning the major prize, only to be pipped by Mexican Ricardo Sanchez in the final race. In 2015, Sanchez is racing a Nissan GT-R NISMO GT3 in the prestigious Blancpain Endurance Series in Europe.

Kelly believes this is a great avenue for young racers and is pleased to be part of the 2015 program.

"Last year was the first year I was involved in GT Academy and it opened my eyes to what the prize really means and what's on offer," Kelly said.

"It's not just about a trip to Silverstone and the chance to drive some cars - there's a career as a professional racing driver up for grabs. The prize is huge.

"Motorsport is extremely difficult to get into at a professional level and if I was a youngster trying to establish myself, this is the route that I'd focus a lot of energy on.

"The 'live events' at Movie World are a massive opportunity to fast track yourself to the Australian Final. If you haven't been able to qualify online, then this is your last opportunity to get in the running. And if it doesn't work out, at least you'll be able to spend the day at Movie World!"

With online qualifying concluded, the only way to now earn a place in the Australian Final is via 'live events' to be held at Warner Bros. Movie World in the week leading into the final.

Two contestants will be selected each day via live events held from Wednesday 15 July to Friday 17 July at 11am to 3pm, with a further four selected on Saturday 18 July from 10am to 12pm (noon).

Rick Kelly  ›
15' Nissan Motorsport ›
Stay In The Know
Sign up to the Virgin Australia Supercars Championship Newsletter
We use cookies to ensure that we give you the best experience on our website. If you continue to use this site we will assume that you are happy with it.Ok