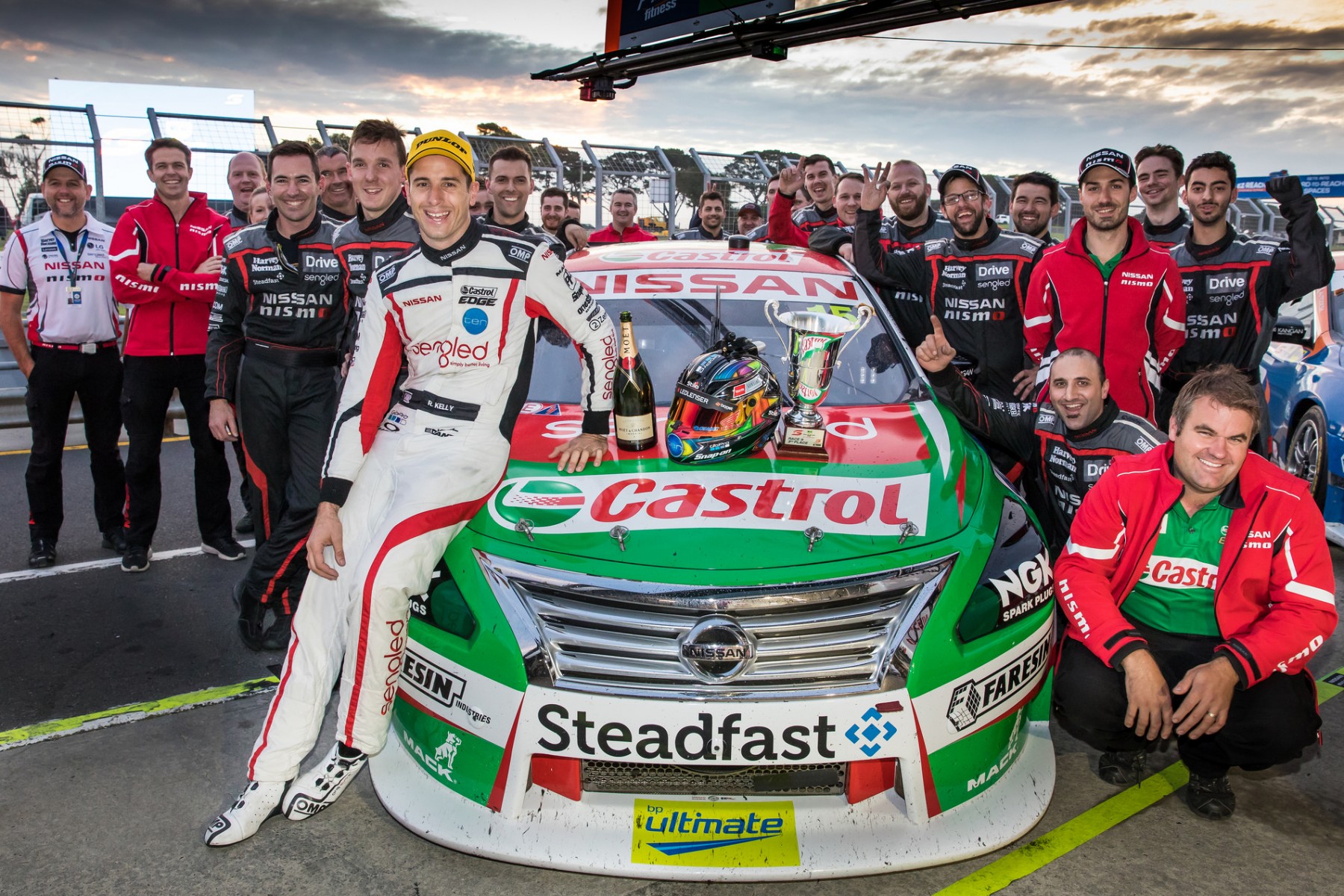 Kelly finished third on the road behind Scott McLaughlin and Jamie Whincup, before being promoted to second thanks to a post-race penalty for the Red Bull Holden driver.

The result marked the first podium for Kelly since December 2015 and the first for Nissan Motorsport since June 2016.

Kelly headed to Phillip Island 18th in the standings and without a top 10 finish to his name from the season’s first eight races.

He was 12th and 22nd in Friday’s two practice sessions, before jumping to fifth in ARMOR ALL Qualifying on Saturday and proving a frontrunner throughout the entire 250km race.

“We rolled the car out pretty good initially yesterday and then had a tough old practice session towards the end,” he explained.

“I thought the highlight of the weekend was going to be schnitzel night last night. We rolled green tyres out and were in the 20s.

“We changed some stuff overnight and the [tyre] batch for this weekend was strong and suited us really well, so we qualified well.

“I was conservative off the line and the first lap and then we found we had a really good car underneath us, so we did the strategy of short-filling for some clear track.

“We made the most of it in the middle stint, pitted before Shane [van Gisbergen] at the end there and went for it for a couple of laps to make sure we came out in front.

“That burnt the tyre up a little bit, so I tried to hang on until the end [when Craig Lowndes was closing the gap], which we managed to do.” 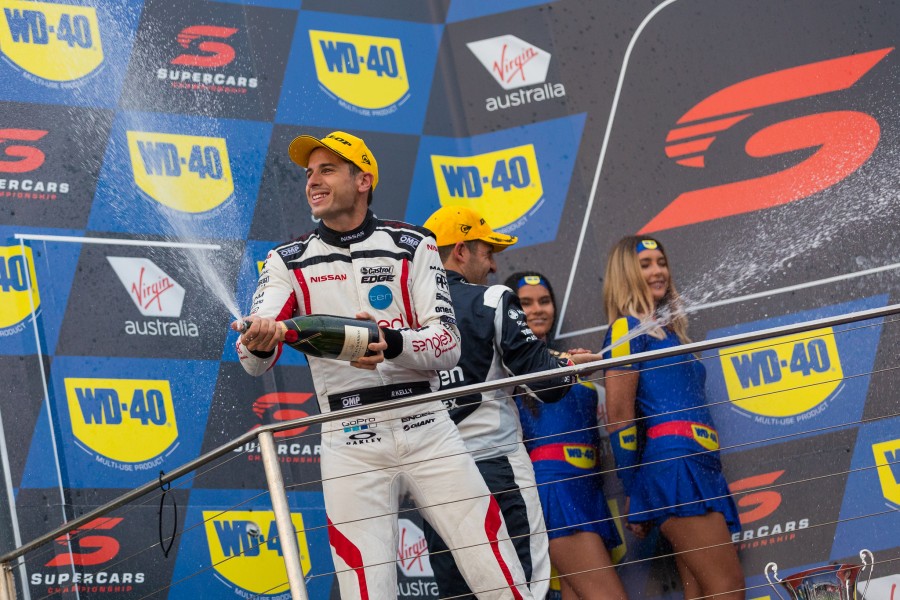 Kelly had brushed off the 500-race milestone during the week, electing against any festivities such as the car number switch for 200-event start veteran Mark Winterbottom.

The 35-year-old's career has been one of two distinct halves.

He won two Bathursts and a championship during his 2002-08 stint in Clayton-based Holdens – his title sealed in memorable circumstances at Phillip Island 12 years ago.

Results have been far leaner since the Kelly family formed its standalone team in 2009, with Rick’s last win coming in November ‘11, prior to the move to Nissans for ’13.

“I don’t really care about how many attempts I’ve had to win a race, you just want to get out there and get podiums and win races,” he said.

“But I’ve still got the fire in the belly. I jumped in the car Friday for first practice really excited about being here and having the chance to drive the car again.

“For me it’s more the achievement of being able to stay in the sport this long and remain professional.

“But for us, we’re not focused on how many attempts we’ve had, but on trying to turn the future into something that shows more success for us.”

Nissan Motorsport’s flashes of speed since the Altima program started have been brief, and Kelly says minimal changes will be made to his Castrol-backed variant for Sunday.

“Traditionally we try and tune the shit out of it overnight and end up going backwards, so we might just leave it and see if we can stay where we are,” he said. “It’s going to be tough.”