Kelly thought he ‘had no hope’ in late fight

Rick Kelly admits he felt he "had no hope" of holding onto eighth in the closing stages of Sunday's WD-40 Phillip Island SuperSprint race.

The Castrol Nissan driver followed seventh on Saturday with another top 10 in the longer race, eighth place.

However he had to withstand significant pressure from Nick Percat and David Reynolds behind, the trio then joined by Tim Slade.

On fresher tyres, Slade caught them and passed Reynolds and Percat in the closing laps but could not unseat Kelly, who credited the group for their fair racing.

"Holding off those guys was a huge challenge and I honestly thought we had no hope, but I was dealing with very fair race drivers," Kelly, who started 11th, said.

"They hit me in a few places, but it was all fair.

"We managed to maintain eighth and stoked to be racing against guys who don’t punt you out of the way.

"I’m sure they were frustrated, but for us, it was an exciting challenge and we snuck through.

"The first stint and the second stint made our race day.

"For some reason, the tyre didn’t come alive at all on the third set, and that was the bulk of the race.

"We had a good bit of clear track and I had to be really careful on the brake and throttle to try and maintain what we had.

“With the balance we had, eighth is probably as good as we could get.

“I’m disappointed that the pitstop and the gear sensor yesterday cost us a good spot, but all in all, it’s a massive step from where we have been the last few weekends." 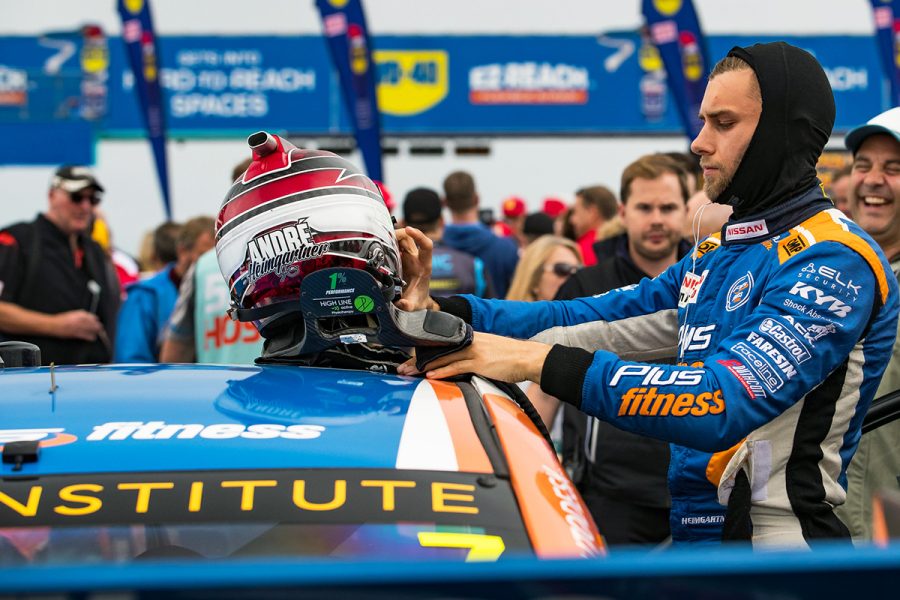 He lined up 14th on Sunday and finished the afternoon a frustrated 13th.

"It was a difficult day," Heimgartner said,

"We didn’t get qualifying right, and we didn’t have the car to move forward in the race.

"It was frustrating not having the speed, especially after yesterday’s podium, but hopefully we’ll be able to get the speed back for Perth."

Simona De Silvestro and Garry Jacobson finished 18th and 19th, the rookie "stoked" by his performance.

"It’s the first time in a while where I could race hard and not worry about locking up front tyres," Jacobson said.

"We tried a couple of different things in today’s race and it rewarded me with some confidence for a long stint.

"It’s the most competitive that I’ve been – running top 10 pace in the last 20 or so laps.

"For the team, they are getting podiums which great, but really, I’m happy with being 19th and I can build on that."

Heimgartner is the lead Altima driver in the standings in 14th, with Kelly 17th, De Silvestro 20th and Jacobson 23rd.