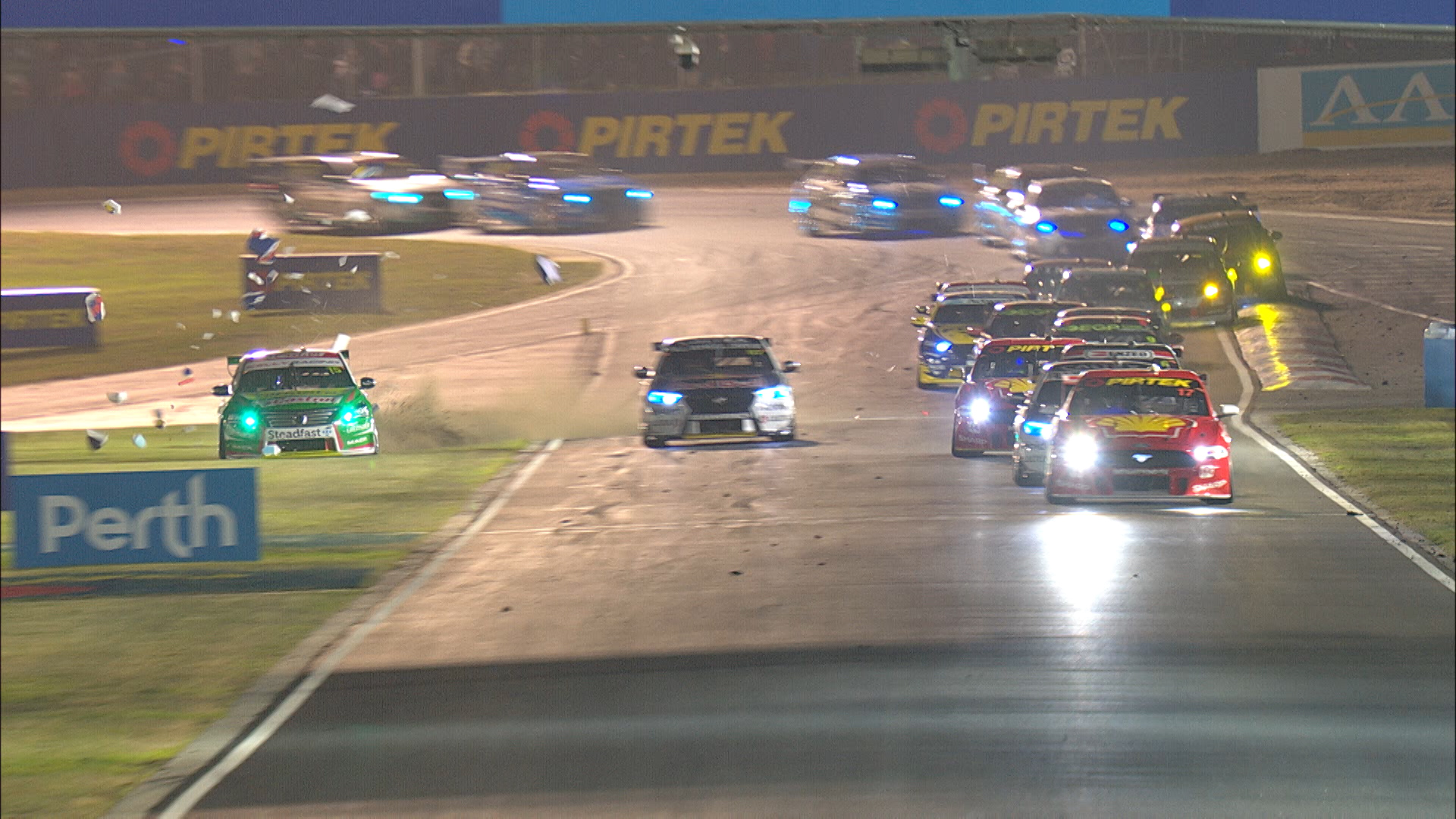 Rick Kelly has accepted blame for an incident with Shane van Gisbergen that cost him a potential top-five finish in the second leg of the PIRTEK Perth SuperNight.

Kelly and van Gisbergen had been fifth and sixth when they tangled on a Safety Car restart 30 laps from the finish.

The Nissan was slow off the final corner and, when Kelly went to block his rival from passing, van Gisbergen already had a small overlap, resulting in contact.

That shot the Castrol Altima to the grass on the inside; Kelly fighting for control as he crashed through trackside signage, some of which became lodged in his front spoiler.

Van Gisbergen went on untroubled to fifth, while Kelly was 20th having been shuffled down the order, and eventually forced to pit to remove some of the debris.

Asked of the incident, Kelly said: “From what we can see from the tyre marks, he had an overlap. And the rule is if you have an overlap, you don't have to get off the throttle.

“That was his decision. Everyone is out there racing fair, and if he had an overlap then he didn't break the rules.

“He's got every right to keep his foot in it, which he did, and then I ended up on the grass, so it becomes my error.”

Added van Gisbergen: “The green flag’s come out as we turned into the last corner and overlapped on the exit.

“You never want to do that, but I had the right of way.

“He tried to push the limit and I guess push himself ahead, as you can do, but I was too far alongside.”

Although accepting blame, Kelly felt that the incident may not have happened had it been a regular daylight race.

“All you can see is a bright light in your mirror, you can't see if there's a car next to you or not,” he said.

“In the daytime, that probably wouldn't have happened because I would have looked in the mirror and seen he had overlap.

“But all you see is a headlight. So you've got to take a punt, and the punt I took was the wrong one.”

After rejoining the track, Kelly battled on for three laps, trying to get rid of the pieces of polystyrene signage in his front spoiler.

The bulk of the debris was ejected in contact with James Courtney at Turn 6, but with a clogged brake duct, he was forced to pit. 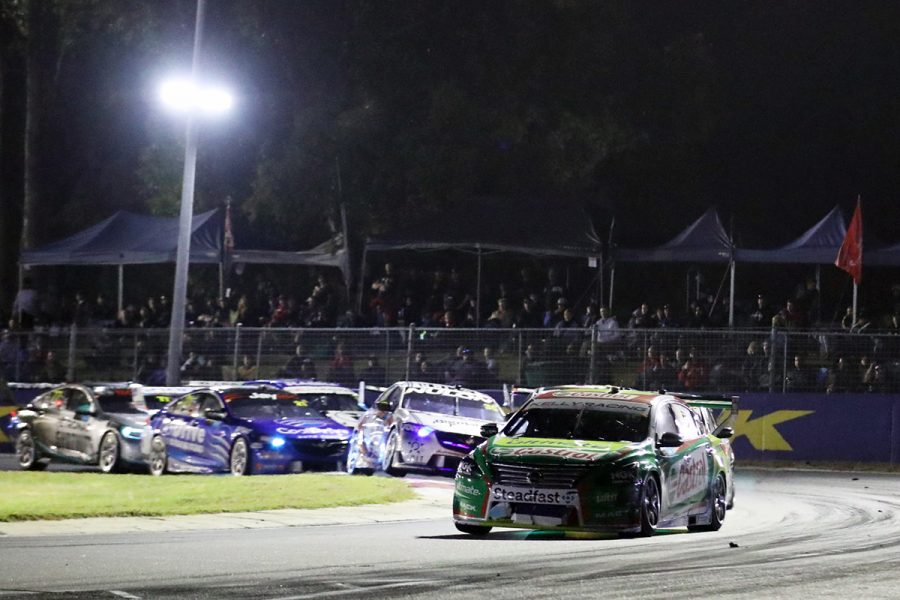 “You're a wounded goat, and they smell blood and they get into it,” he said.

“I got pushed and pulled all over the place, which is expected when a car is limping around.

“I tried to get it dislodged, which we did, but there was some caught in the brake duct, and that would increase the temperature greatly and likely explode the rotor.

“There's no point complaining about what happened after, the thing that cost us was the contact on the front straight.

“We cop that on the chin, knowing we had a half decent car.

“You can't help but feel depressed when you don't get the result that was in front of you, but we'll go to the next one and go again.”