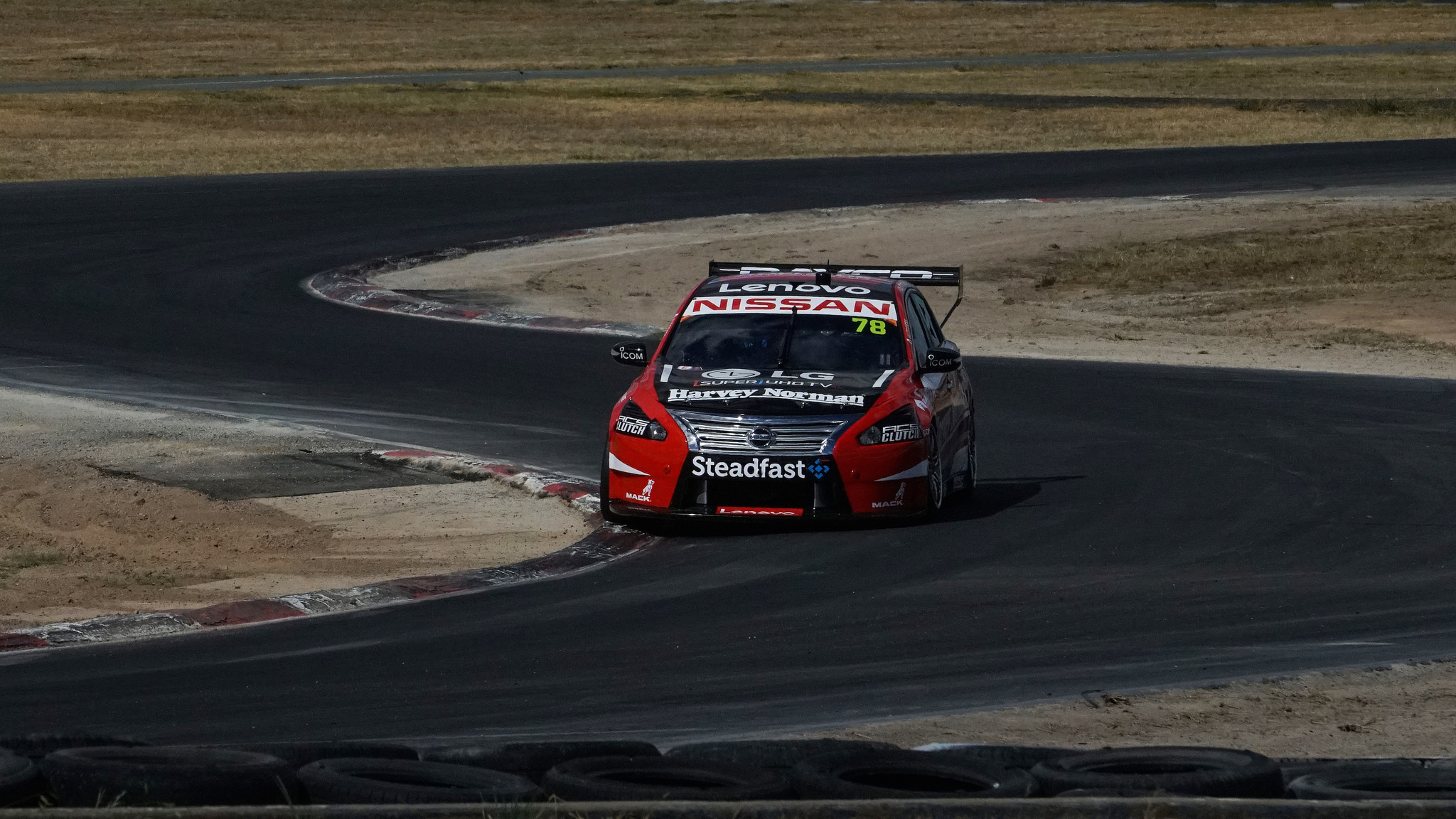 Supercars veteran Todd Kelly sat on the sidelines today while Simona De Silvestro continued to build her experience with Nissan Motorsport at Winton.

The 28-year-old Swiss used her second of three rookie days for the year following her debut as a full-time Supercars driver at the Clipsal 500 Adelaide.

While a primary Supercars driver is allowed to complete up to 10 laps at the start of a rookie day to establish a baseline, Kelly watched on from the garage as De Silvestro went straight to work.

Not your average Supercars rookie due to her wealth of experience overseas, Kelly says he’s been surprised by De Silvestro’s ability to learn the car “on her own terms”.

“She’s not really asked for much advice at all on driving the car in terms of lines and corners and things like that,” Kelly told Supercars.com.

“Any advice we’ve given so far is the approach of how to think about the race weekend and the processes that go with that.

“The actual driving of the car, I’m surprised there hasn’t been the need to sit down and go through it with her.

“It’s more about her working closely with her engineer, feeling what the car is doing and what it likes and getting a handle on everything on her terms.” 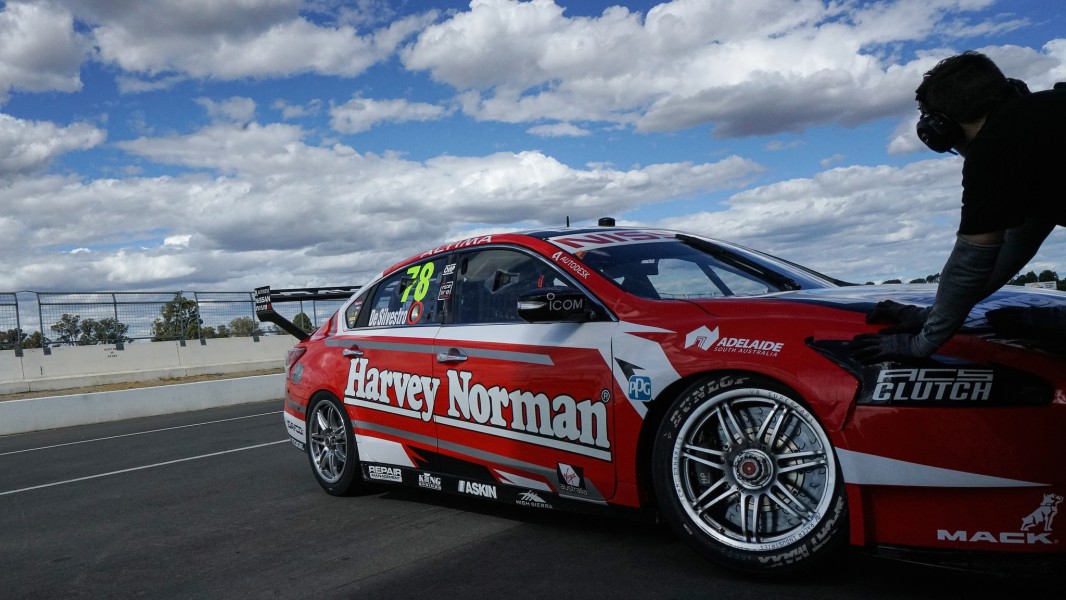 De Silvestro said she's been working with engineer Blake Smith on creating a “tool box” to be used to set up the car at future events.

“We’re just trying different changes to feel them in the car,” explained De Silvestro between stints behind the wheel.

“It will give us more idea when we go to races. If something is missing we can draw back from what we’re learning today.

“Hopefully we can develop a bigger picture and a better understanding of how the car is.”

Kelly says he was impressed by De Silvestro’s approach to the Clipsal 500, which has caught out plenty of drivers over the years due to its combination of duration, heat and concrete.

Her determination to get through the weekend unscathed and learn as much as possible saw a conservative approach to corners such as turn eight. 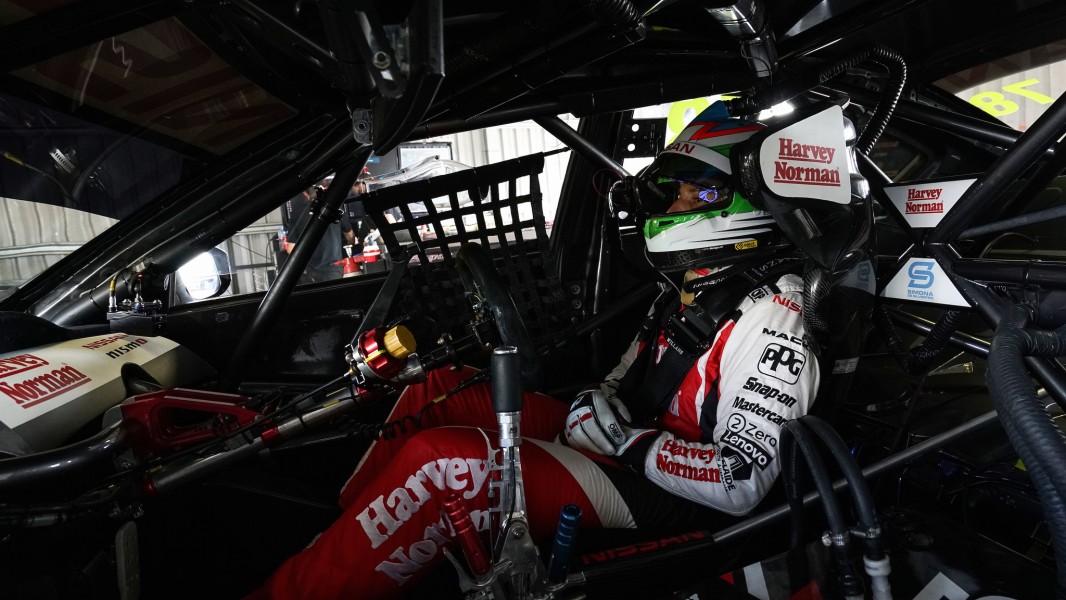 “At Clipsal there were places she was quite conservative and others she was having a real dip,” affirmed Kelly.

“In a few places she was the fastest of the four cars (Nissans) in the microsectors, which was quite impressive, but she was losing large chunks in others.

“We’re all comfortable enough to drive 10/10ths at every corner of every track, but she’s only 8/10ths in some and then 10 in others.

“When you overlay the data it’s not really a style thing, it’s more a feeling your way thing.”

Despite praising her pace in Adelaide, Kelly warns not to expect rapid improvements this season while the ex-IndyCar driver has to learn each circuit. 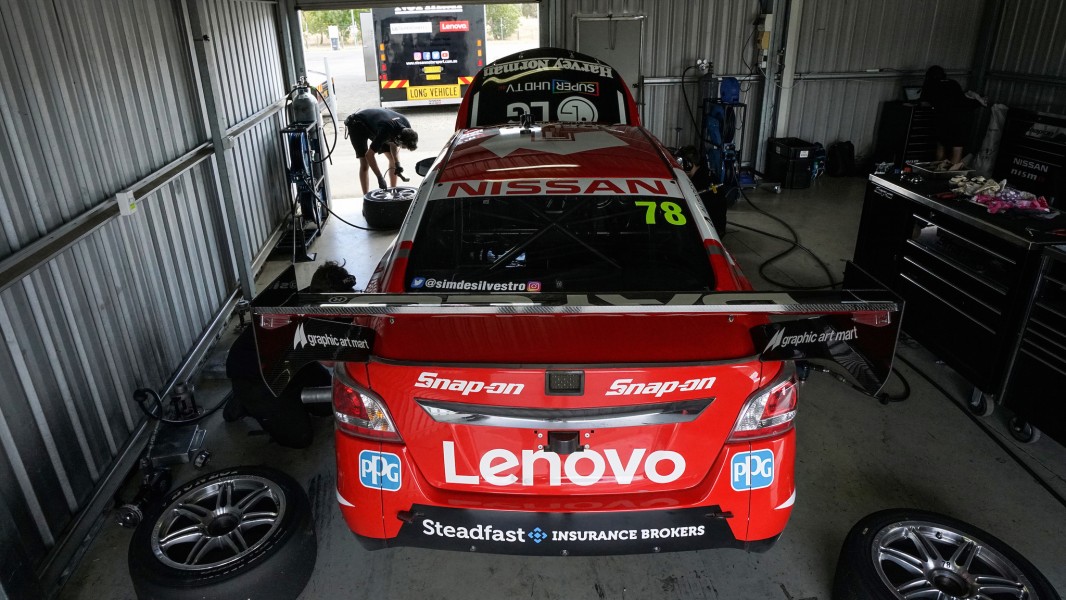 “We don’t want to get too ahead of ourselves,” he said of expectations.

“The fact is that she’s still extremely green in Australian motorsport, every track except Winton, Sydney and Bathurst she’s never been to before.

“She’s got the added challenge of trying to learn how to drive each track and set the car up before qualifying.

“It’s hard enough for the rest of us to qualify well, but that’s a major challenge that she’s going to have all year.

“Until we go to Winton (for the race meeting) it’s going to be really hard to make a judgement of how she’s going because she’s going to have a lot on her plate.”