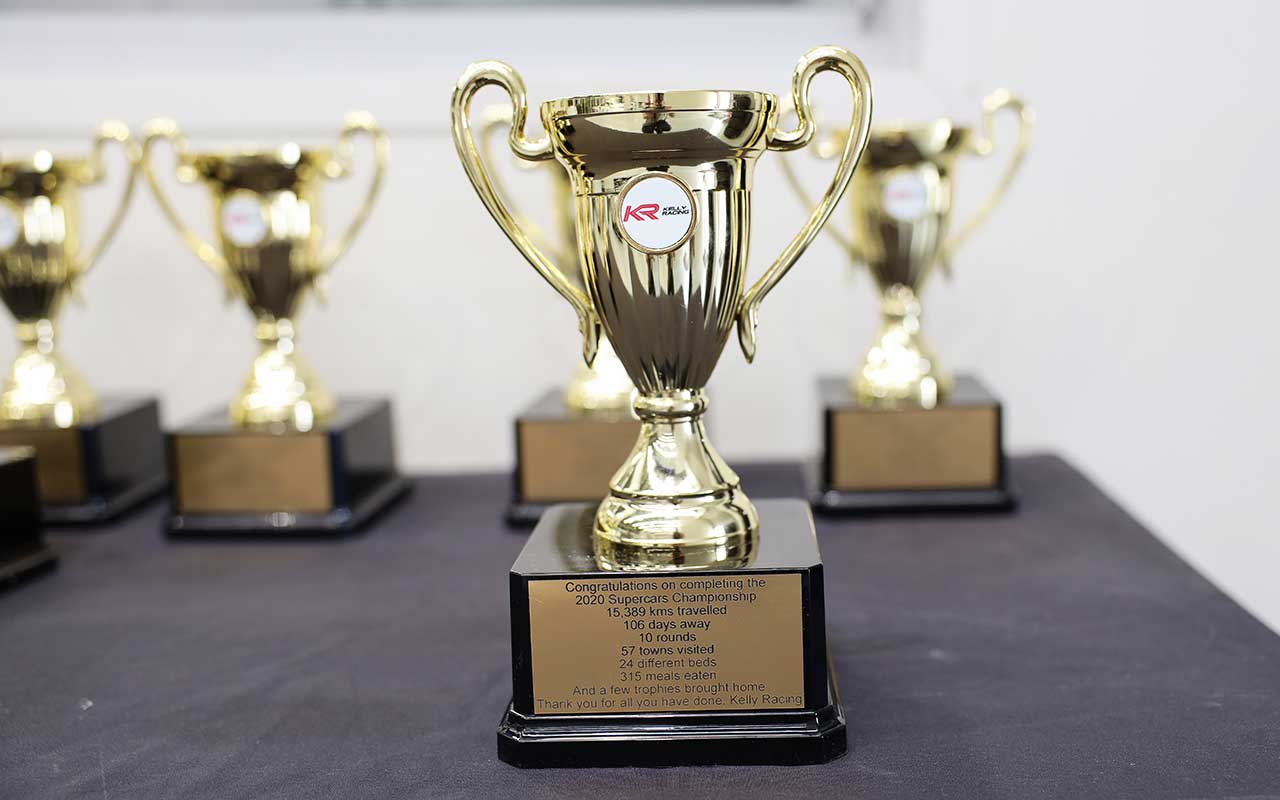 When Kelly Racing’s travel-weary crew finally returned to base on Monday following 106 days on the road, team owner Todd Kelly had a unique reward waiting.

The race crew members arrived back at Kelly Racing's Melbourne workshop in the early hours of the afternoon on the team bus, following the road trip back from Bathurst.

It completed a journey that had started in early July with a hasty exit before the Victorian/New South Wales border closed.

Briefly reuniting with the workshop-based staff before going home to see their respective families, the Kelly team members were each presented with a trophy.

“What they have achieved is quite extraordinary,” said Todd Kelly, who has revelled in the year's challenges, performing a variety of roles in the team, including driving the bus.

“We worked out that over the eight rounds we stopped in 57 different towns and slept in 24 different beds!

“It was such a big sacrifice for each team member to make that I had a 2020 Championship Completion trophy made for each of them that I handed out when we arrived back at the workshop.

“While we definitely had some fun and did some cool activities along the way, everyone has worked incredibly hard and obviously sacrificed a lot over the last few months.” 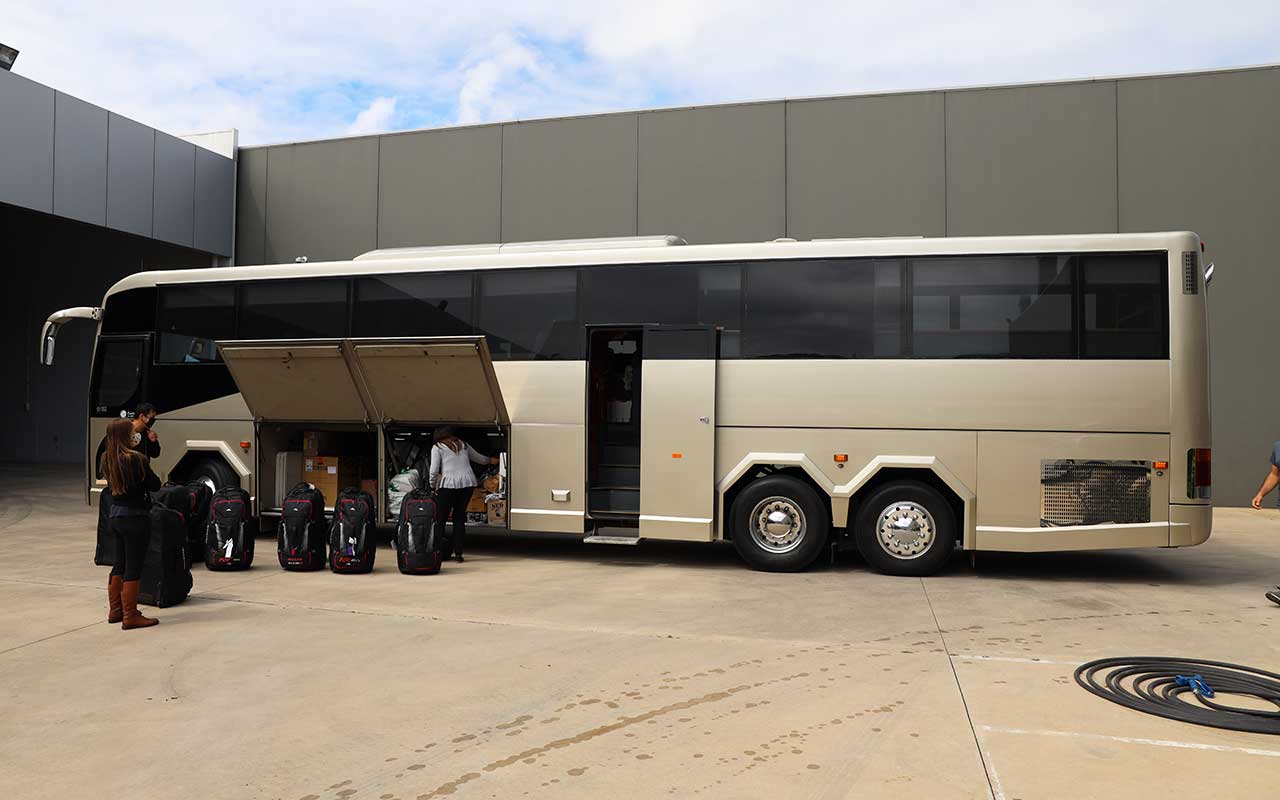 The Kelly bus back at base

The unique nature of the season added to what was already going to be a challenging year for the Kelly team following its off-season switch from Nissan Altimas to Ford Mustangs.

Andre Heimgartner scored two podiums on the way to 14th in the championship, while Rick Kelly ended up 16th.

Bathurst was disappointing for both, with Kelly and co-driver Dale Wood 17 laps down in 17th after being hampered early by clutch issues.

Heimgartner and rookie Dylan O’Keeffe were 11th having lost time with a premature move to wet tyres during a brief rain shower just past the 50-lap mark. 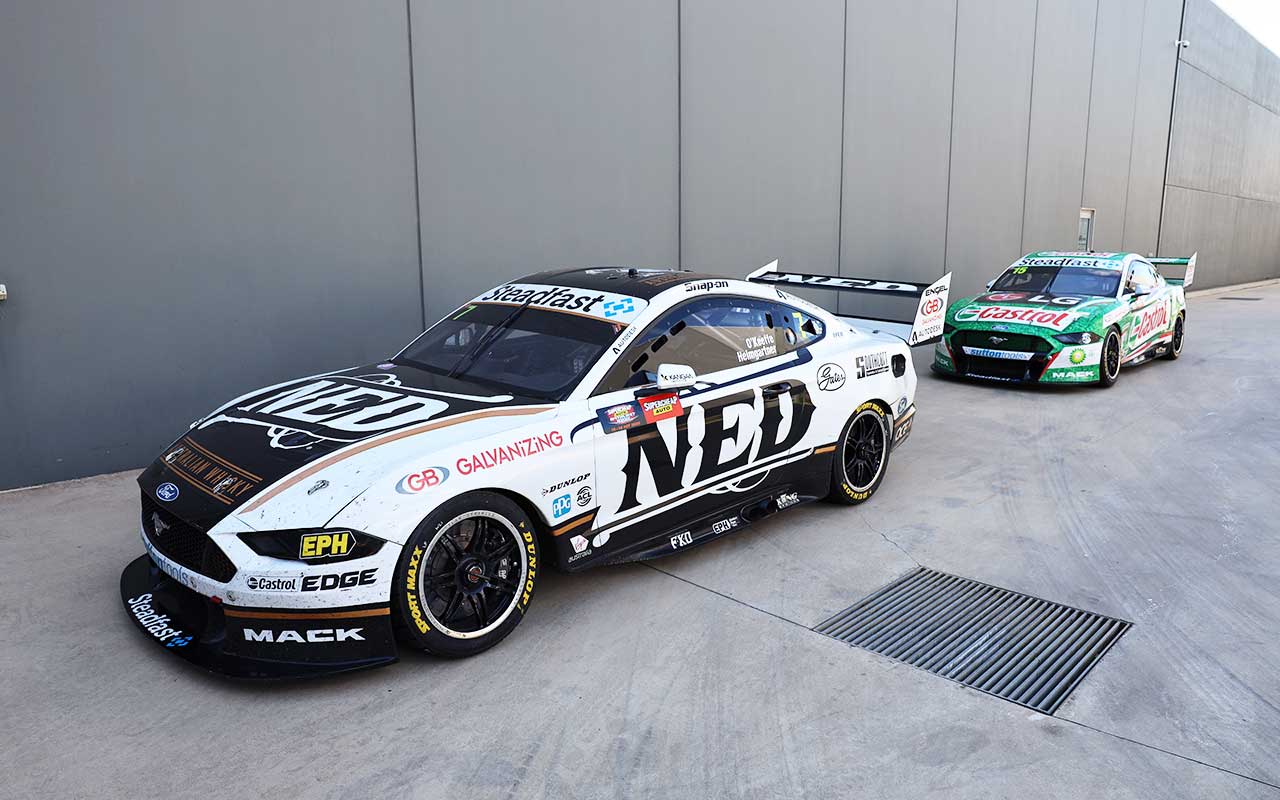 The team's Mustangs also made it home

“We had a few things that didn’t go our way but I think we can hold our heads high and be proud of the fact that both cars completed the race,” added Todd Kelly.

“The clutch in Rick’s car failed pretty much before the race had even started – he started feeling it let go on the warm-up lap and by about five laps in it was completely gone.

“Rick continued racing and shifting gears without the clutch which is quite tricky when you’re downshifting and not something that can be sustained for a 1000km race.

“We brought him in around lap 20 and the guys diagnosed the issue, replaced the clutch and got the car back on track within about 30 minutes, which was awesome.

“It was never an option to retire the car that early in the race. Despite being 17 laps off the lead and completely out of the contention, we still got to the end.”

The team’s crew will now have two weeks off before returning to the workshop to begin preparations for the 2021 Repco Supercars Championship season.