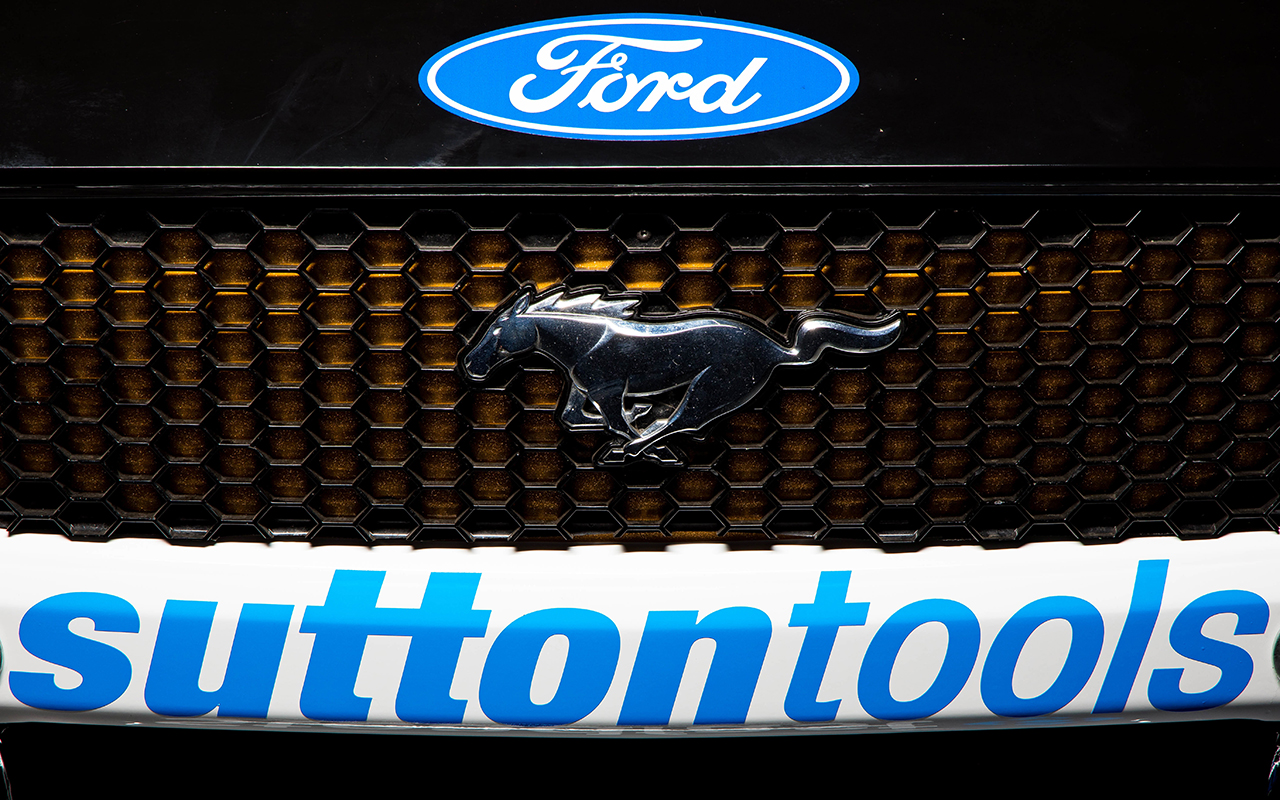 Kelly Racing is set to become the first team to unveil a livery for the 2020 Virgin Australia Supercars Championship.

The Melbourne-based outfit will reveal a new sponsor and look for Andre Heimgartner on Thursday, as the countdown continues to the debut of the team’s Ford Mustangs.

The team has offered a small teaser of Heimgartner’s car, above, ahead of Thursday’s reveal, sporting branding from new minor partner Sutton Tools.

With Kelly Racing’s own first Fords still in build, the launch will take place with a Mustang Supercar borrowed from another team.

Castrol will continue to be the primary sponsor on Rick Kelly’s entry next season, having backed the 2006 champion’s Nissan for the past two years.

Sutton Tools branding will feature on the front-bar of both Heimgarnter and Kelly’s cars and is now the team’s “official supplier of power tool accessories and industrial high-performance cutting tools”.