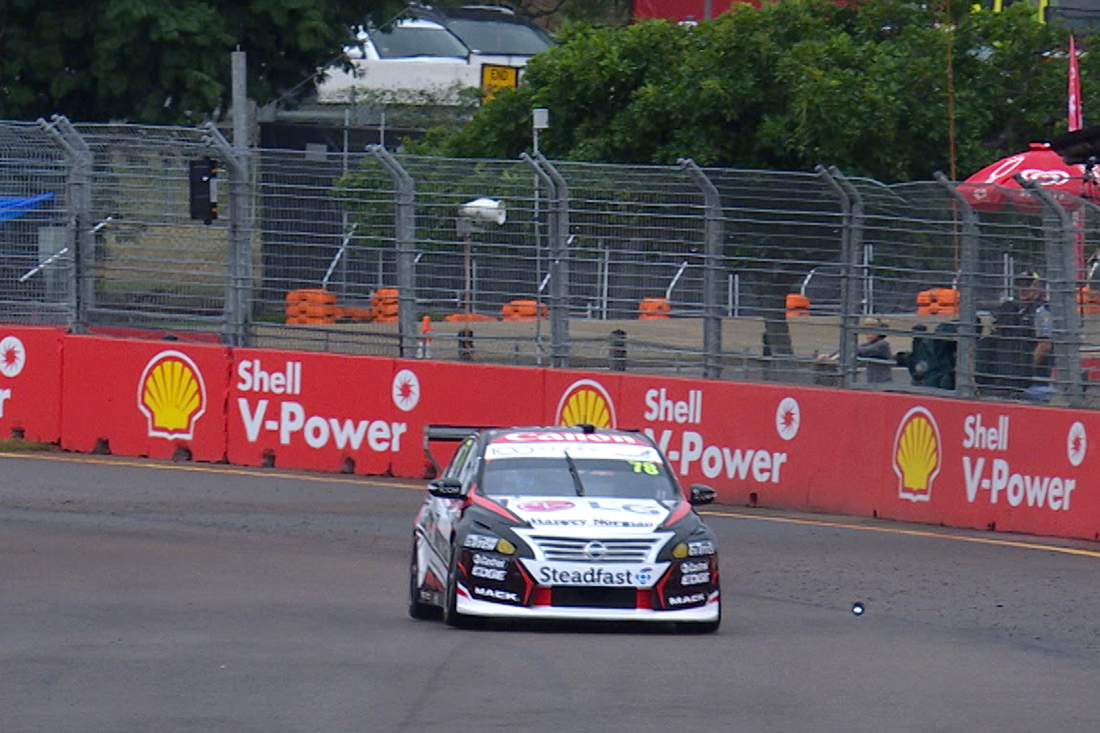 Kelly Racing has been fined $2,000 after a torch fell out of Simona De Silvestro’s Nissan during Practice 1 at the Watpac Townsville 400.

The item, initially thought by commentators to be a measuring tape, was seen falling from the car at Turn 10, coming to rest on the circuit.

Officials reviewed Hawk Eye footage of the car leaving its pit bay, which showed the item to be a palm torch, inadvertently left in the front undertray.

The team admitted to breaching Rule D11.7.3, which states “a car must be free of equipment before leaving its pit bay”.

“It was definitely a bit weird today with the rain," she said.

"It’s something we’re not used to here and it made it a bit difficult because the first session we didn’t really learn anything, so you’re on the back foot in the second session.

“I think we rolled out a bit average with the cars so we need to find a few things to make it work but good thing we have tomorrow, which is when it really counts.

"We just need to change a few things and I think we’ll be alright.”

Rick Kelly ended the day as the lead Altima runner in 13th ahead of Andre Heimgartner in 17th and Garry Jacobson in 20th.