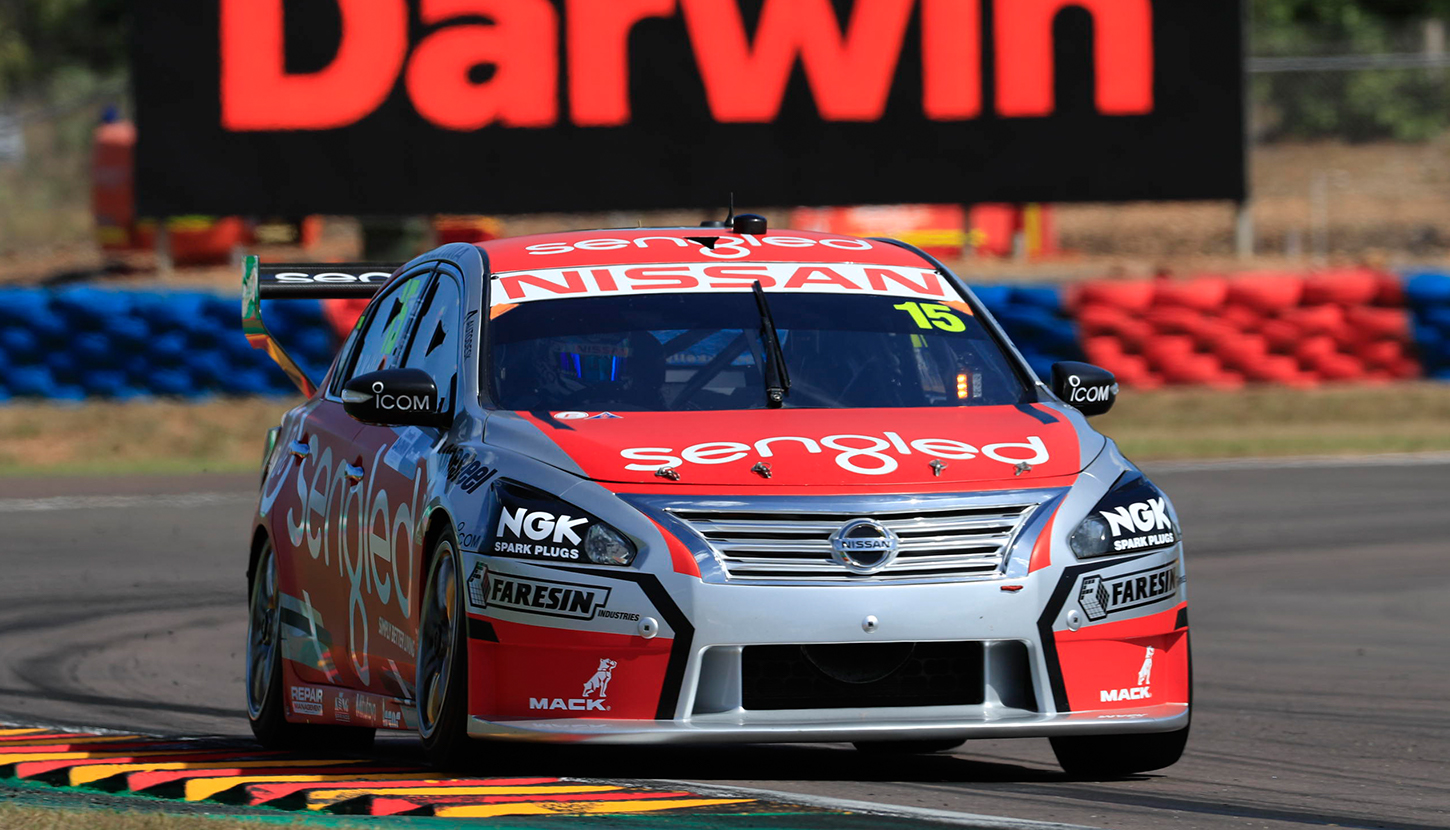 Kelly said the team was working through its program and not focused on outright speed – so watch out for the Sengled Nissan again this afternoon.

“Most of our session was tuning to our plan and not for outright car pace,” Kelly said.

“That second session this afternoon we’ll focus on getting it a little quicker than it is.”

Temperatures are in the 30s in Darwin, with in-car cooling mandatory for drivers in these conditions.

Finishing P2, six-time champ Whincup was encouraged by the day’s first run, his Triple Eight team having tested since last round at Winton.

“I’m much happier with my car, it’s nicer to drive [and] better than it’s been for two or three months… It’s a better base – it doesn’t guarantee results, we’ll still have to grind on – but I’m much happier.”

Last year’s race winner David Reynolds shot to fourth in the order with five minutes remaining in the session and ultimately topped Michael Caruso, who was at the top for a chunk of practice in his Altima. Winton winner Tim Slade followed in P6.

James Moffat hit the tyres at turn 10 late in the session and Lucas Dumbrell Motorsport struck trouble with a power steering issue with Andre Heimgartner’s car, and a broken roll bar for Nick Percat. 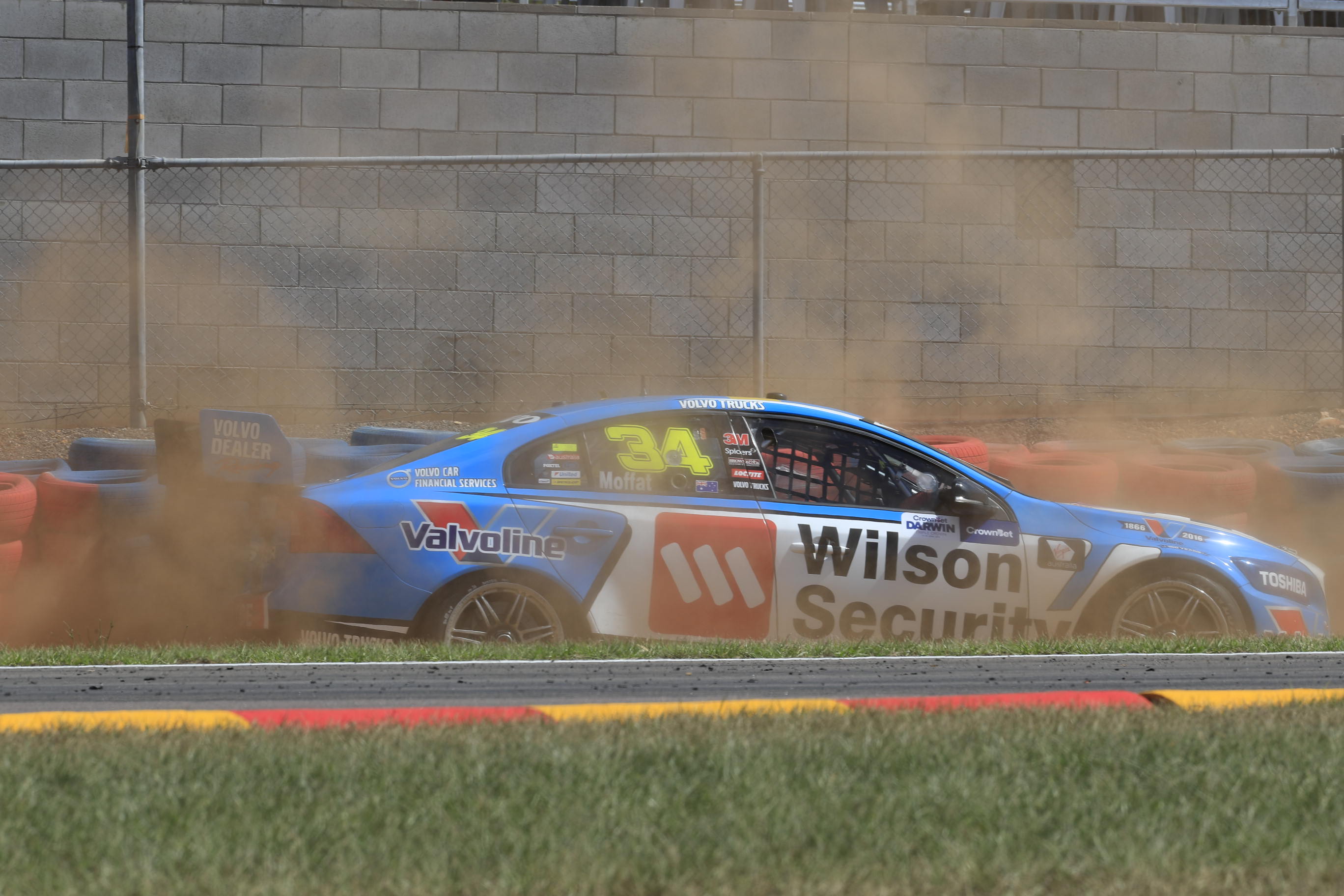 Another Supercars practice session kicks off at 1.45pm local time.