A crash from Supercars title contender Fabian Coulthard brought an early end to a wet second practice session at the Wilson Security Sandown 500.

The second of three 30-minute hit-outs for the day marked the first running for the primary drivers, following a dedicated co-driver session this morning.

While the co-drivers had been largely conservative when rain fell in Practice 1, the primary runners regularly tasted the outfield as they pushed the limits.

Shane van Gisbergen and Scott McLaughlin were among those to flirt with danger at the top of the hill, catching big slides through the high-speed left-hander.

It caught Coulthard out with just five minutes remaining, however, as the #12 Shell Ford spun and made right-front contact with the tyre barriers.

While Coulthard was unhurt and soon out of the car, the need to recover the Falcon meant officials elected not to restart the session.

The Kiwi said predicting the grip level throughout the session was extremely difficult.

"You see a little bit of difference on the window [lap to lap], but at that speed it’s hard to decipher whether there’s a little bit more or a lot more [water on the road]," he said.

"One minute the front was good, rear was good, the next minute I was on an ice rink." 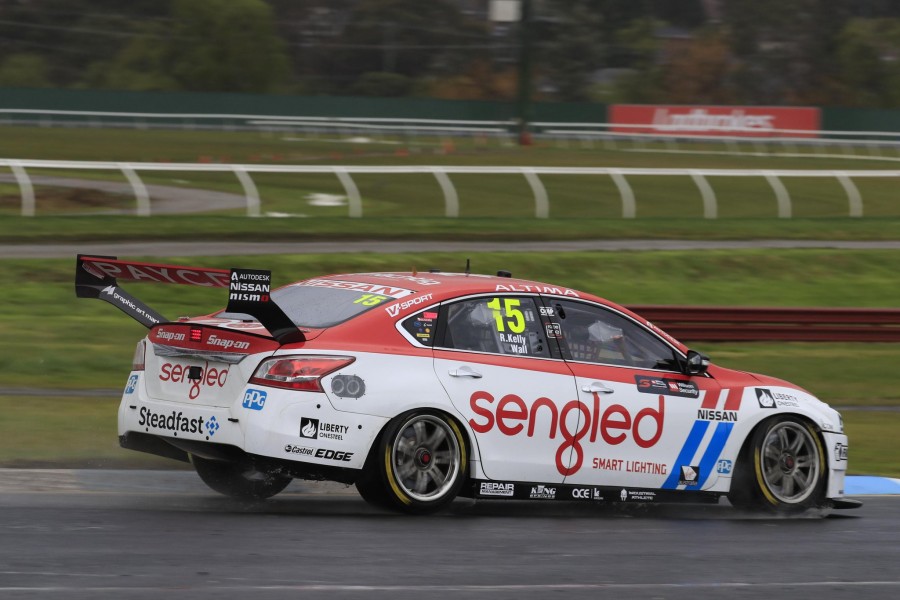 That left Rick Kelly fastest, having moved to the top of the order with a 1:20.50s as the final 10 minutes began.

“We had a lot of turn-in oversteer into Turn 2, which can confuse you for the next corners where there is some more grip.”

Coulthard was ninth while team-mate and championship leader McLaughlin ended up just 13th.

“The car was alright, but we were pretty bad traction-wise all session, so we’ll work on that. The front of the car felt pretty good.”

Wet conditions are expected to continue for the third and final session of the day, which will kick-off at 1610 local time.