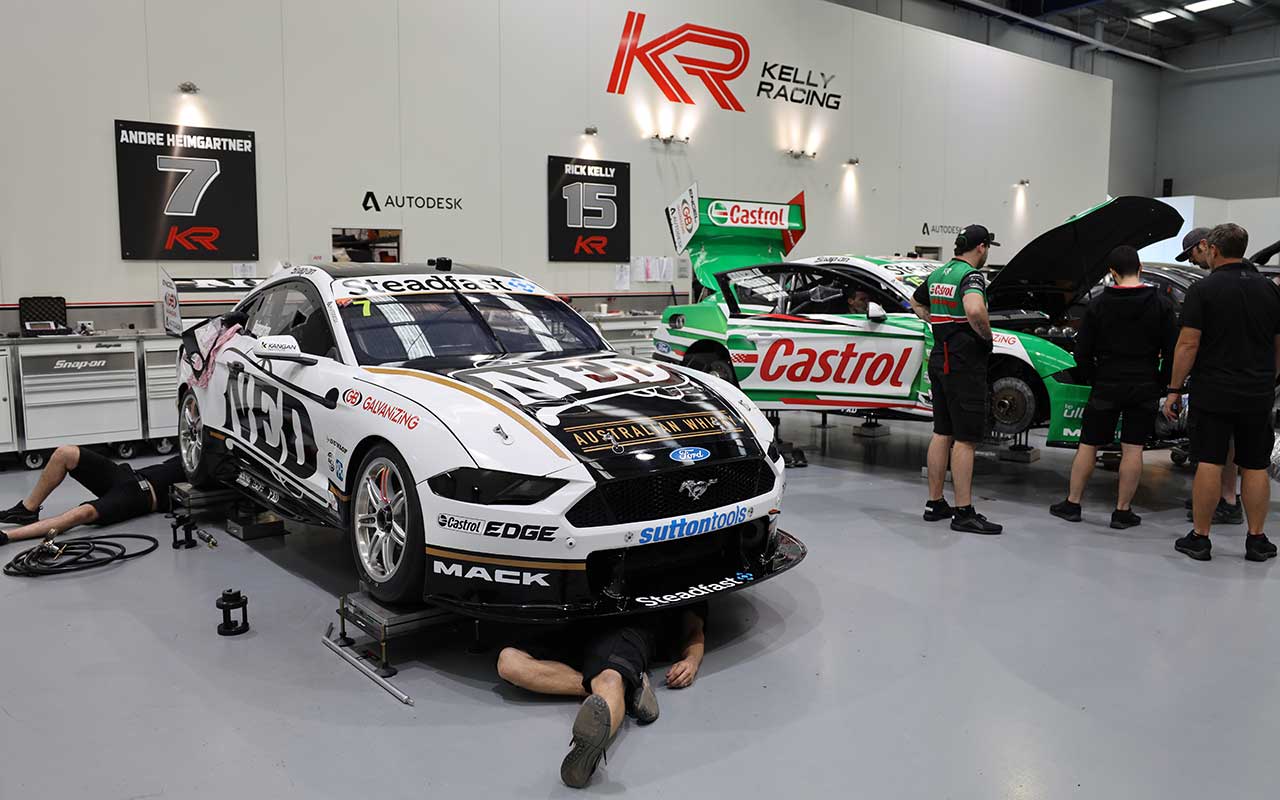 Kelly Racing’s transporter will be driven through the night to deliver the team’s brand new Ford Mustangs to The Bend in time for Tuesday’s BP Ultimate SuperTest.

The Melbourne-based team has been racing against time to complete its two new cars, following an off-season switch from Nissan Altimas.

That has included an in-house Ford V8 engine program, in addition to the build of two Mustangs.

A successful shakedown of Andre Heimgartner’s #7 NED Whisky entry took place at Winton on Sunday, with Rick Kelly at the wheel.

Kelly’s car will not turn a wheel until Tuesday at the Bend; the team having decided on Friday night it could not be finished in time for the Sunday running.

Final workshop preparations were undertaken with both cars today ahead of the truck leaving the Braeside, Melbourne, workshop in the early evening. 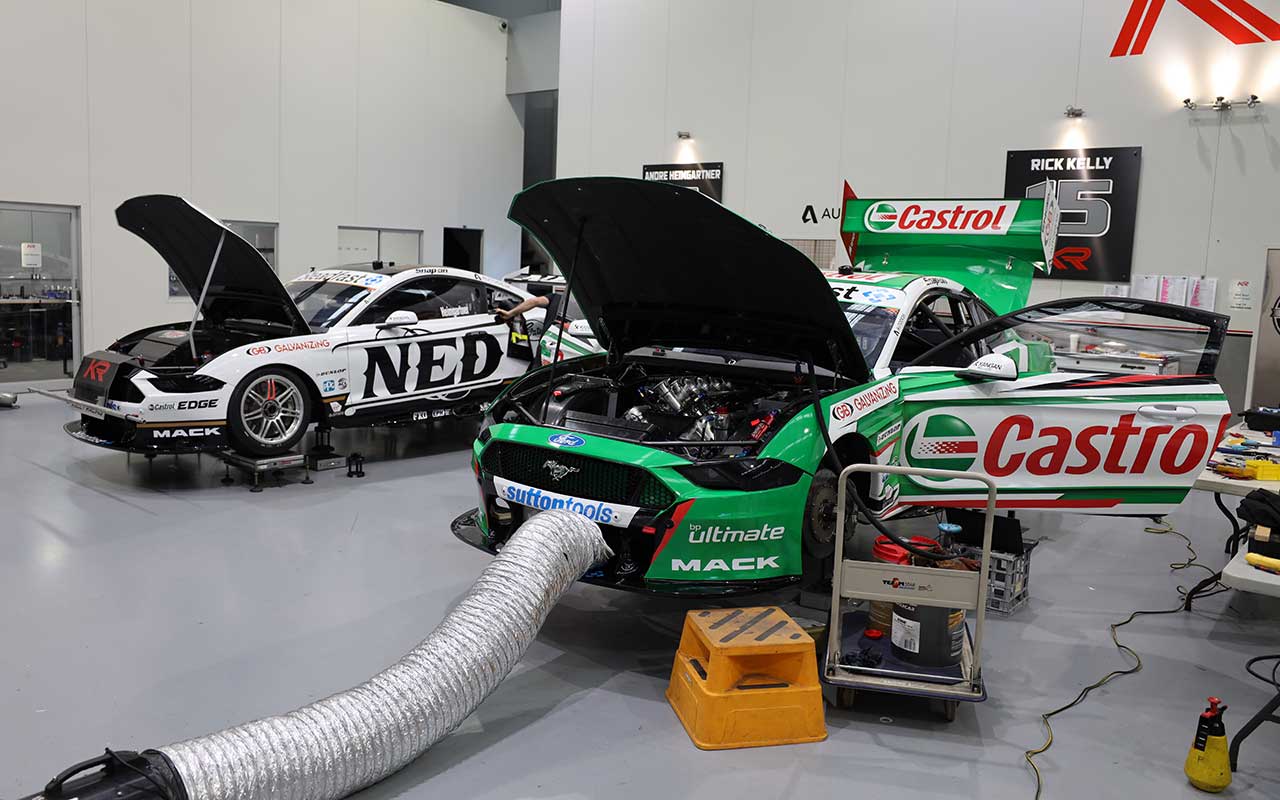 While the designated park-up time for team trucks at The Bend was this afternoon, the Kelly transporter is now not expected to arrive until the early hours of Tuesday morning.

The team’s crew and drivers did however travel as planned today; Heimgartner heading to The Bend having won the latest round of New Zealand’s V8 championship over the weekend.

The debut of the Kelly Mustangs is among the major talking points for the pre-season test, which fans can attend for free.