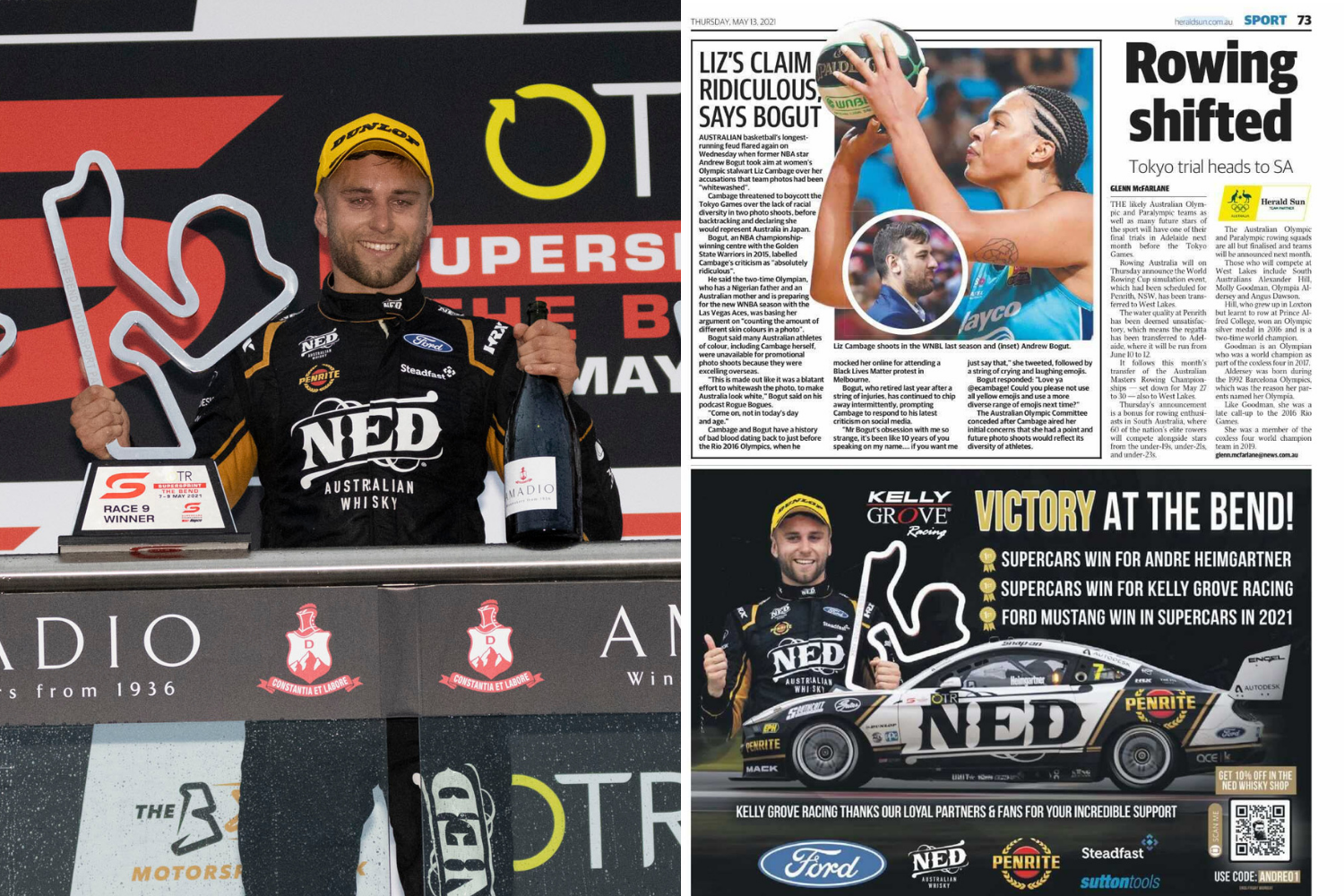 Kelly Grove Racing has celebrated Andre Heimgartner’s maiden win in a unique way, placing a half page advertisement in the Herald Sun newspaper.

Heimgartner was the man of the moment on Saturday at The Bend Motorsport Park, cruising to pole position before dominating the wet-dry Race 9.

Demonstrating the strong pace of the #7 NED Whisky Mustang, Heimgartner had enough of a margin over his closest rival to win by four seconds despite receiving a five-second time penalty for a pit lane infringement.

It ended a 161-race wait for victory, some six years after he made his main game debut as a teenager.

To mark the occasion, Kelly Grove Racing has placed a half-page sized advertisement in the Herald Sun newspaper, thanking their partners and fans for their continued support. 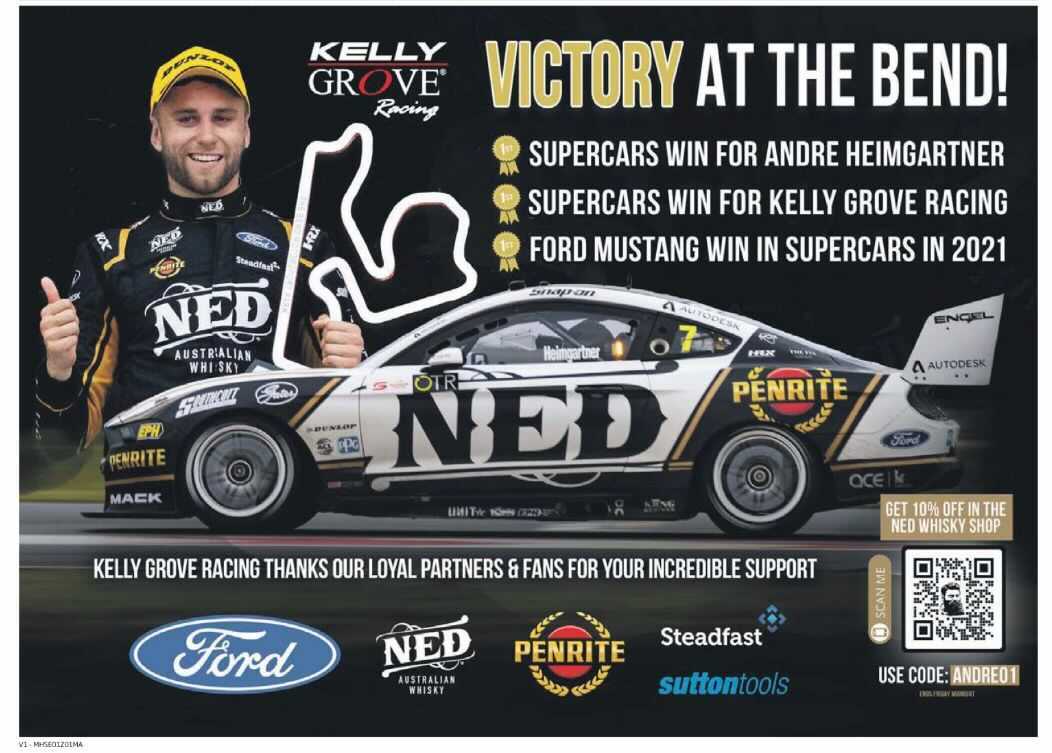 Saturday marked both the first pole and win of the Kelly Grove era, and the first win by a Kelly-prepared car since 2018.

It also marked the first win for Ford in the 2021 season.

Still pinching himself over his achievements days later, Heimgartner said: “I had a few NED Whiskys to celebrate, and just chilled out.”

“I watched the replay a couple of times, and it seems weird watching, thinking it was you out there.

“For so long in your career, especially the last few years, it’s been the one thing we’ve all been aiming for at Kelly Grove Racing.”