Nissan Motorsport's Rick Kelly set the pace in a wet-but-drying final practice for the RABBLE.club Sandown 500.

Kelly turned a 1:14.3447s lap after the chequered flag on slick tyres to finish 0.8154 seconds clear of Garth Tander, also on slicks.

Jamie Whincup was third in the 15-minute session, as the best of the drivers to set his time on wet tyres.

Heavy rain and high winds lashed Melbourne this morning, and even though rain stopped, drivers were still greeted with a damp circuit.

Primary drivers did the bulk of the work during the 15-minutes, after Friday's schedule was dominated by co-driver running.

After co-driver Earl Bamber replaced van Gisbergen at the midway point, Chaz Mostert moved to the top with a 1:16.3164s.

By then, a handful of drivers has changed over to slicks, with Tander firing a 1:15.1601s inside the final 30 seconds.

As the chequered flag flew, Kelly went to the top with his 1:14.3447s to finish nearly a second clear.

“You don’t learn a lot from a session like that as far as the car, but [it tells you] what lines you need to use in the wet and the change-over point from wets to slicks,” Kelly said.

“Yesterday wasn’t too bad, we had some tyre sets we thought would be OK and weren’t which dictated our position.

"We’ve got a couple of gremlins in the car we need to get on top of, normal Sandown stuff.

“But today will be about staying on top of the conditions and making sure you’re on the right tyre at the right time.” 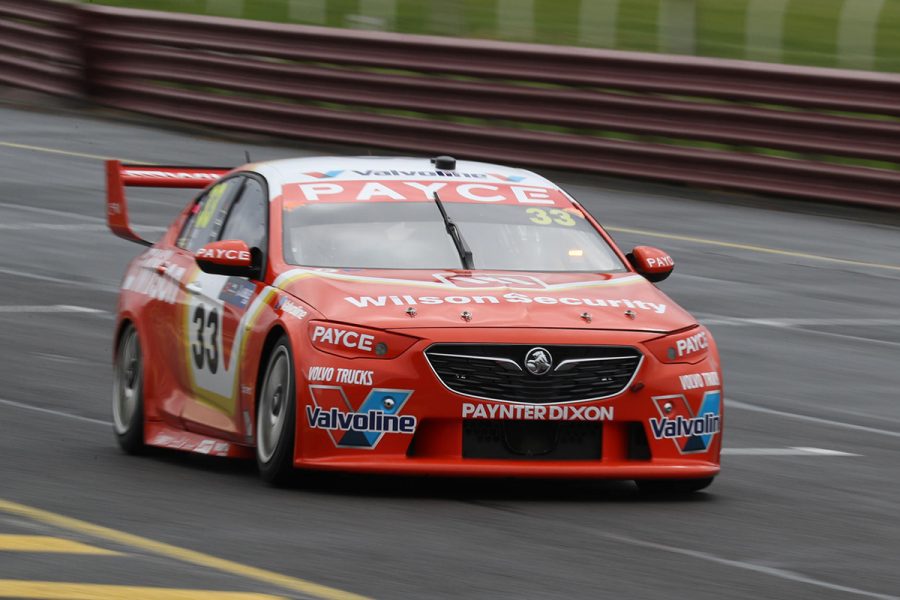 Tander added: “It was just at the crossover point and just seeing how brave you can be on slicks.

“We understand the crossover time between wets and slicks if the conditions are like that in quali, but that’s about all there was to learn then.”

Whincup improved late on wets to stay third, ahead of Nick Percat, James Courtney - who had a mid-session run through the Turn 11 gravel - and Anton De Pasquale also on wets.

“It’s like grandma’s patchwork quilt this place… it’s got so much character, but that’s why we love coming here,” Courtney said.

On slicks, Michael Caruso and rookies Todd Hazelwood and Richie Stanaway filled the next three places.

Reynolds rounded out the top 10, ahead of Scott Pye and Craig Lowndes.

James Golding spun on his outlap, clipping the outside wall at Turn 3 with the rear wing of his Garry Rogers Motorsport Commodore.

Light damage ruled the Holden out of the session without setting a time.

ARMOR ALL Qualifying starts at 11:40am, followed by a pair of Races for the Grid this afternoon.