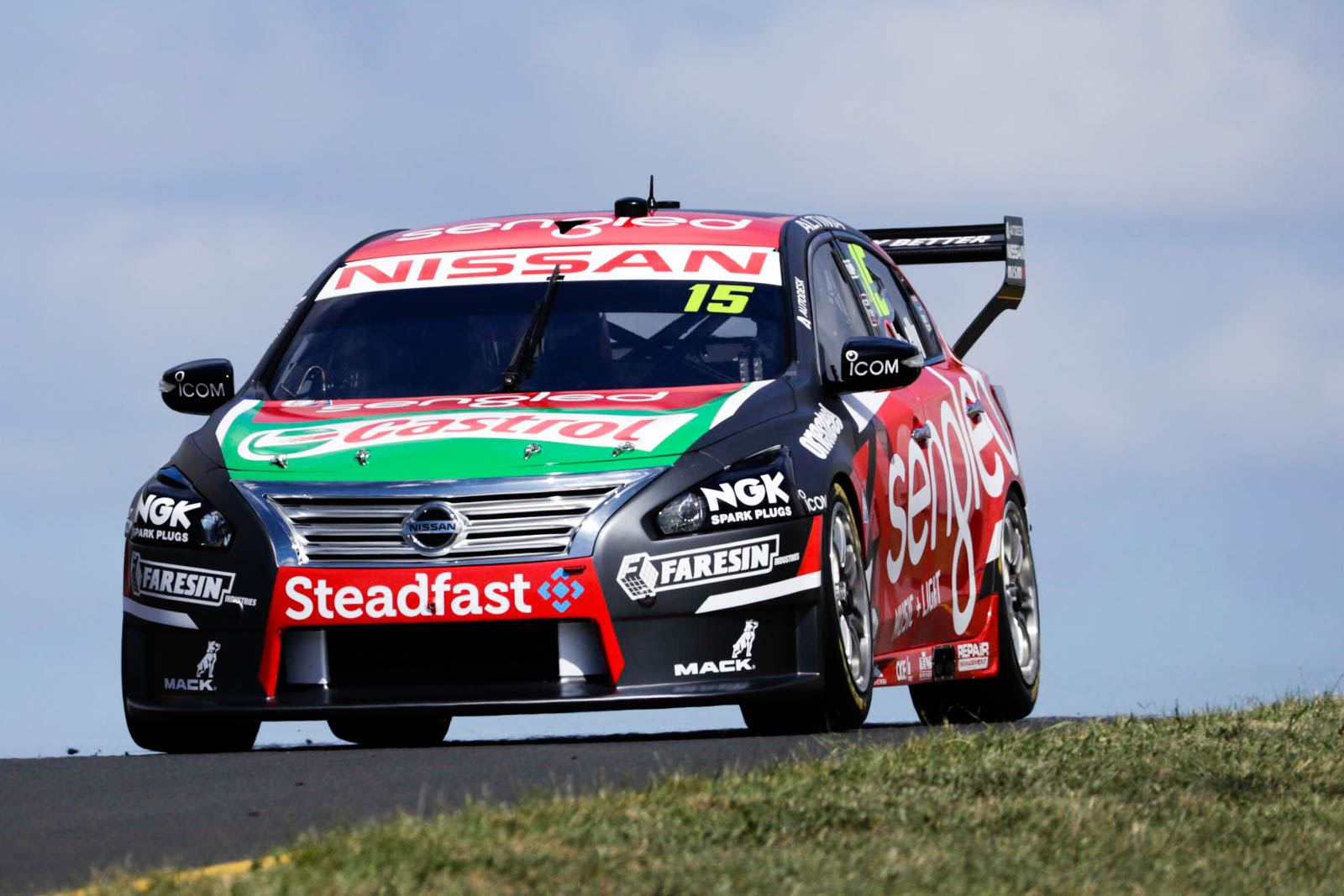 Rick Kelly recorded the fastest ever Supercars lap time at Sydney Motorsport Park to pace the field in pre-season testing.

The 2006 Supercars champion made the most of the end of day ‘happy hour’ on the super soft compound version of the new construction Dunlop control tyre.

Set with 10 minutes remaining in the four and a half hour afternoon session, the time was enough to see the Nissan driver stave off late challenges from the two Shell V-Power Fords.

“We did a lot of running on the new tyre today and feel that Dunlop has done a great job,” Kelly told Supercars.com.

“It (setting the fastest time) gives us good confidence because we had some work to do when we left this track late last year.

“On the old tyre, teams like Red Bull had a great handle on it, but we want to be the team that gets a handle on this tyre quicker than others.

“We need to go over everything we’ve learnt today and come out swinging in Adelaide.”

Scott McLaughlin was just 0.012s shy of Kelly in second while team-mate Fabian Coulthard also lapped within a tenth of the Sengled entry. 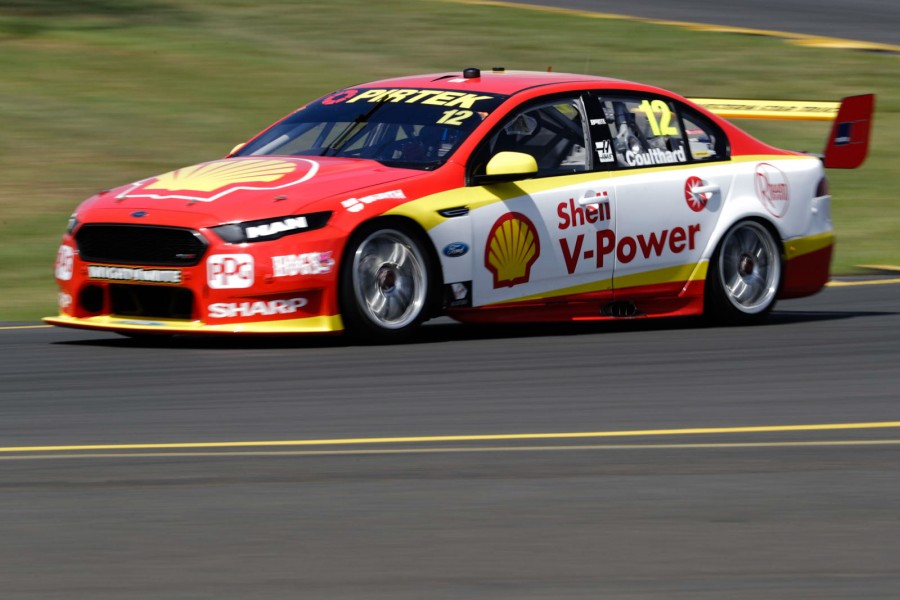 Mostert’s Prodrive Ford spent an extended period in the garage undergoing set-up changes before becoming the fourth car to dip into the 1:28s during the final 10 minutes.

He returned to the track to claim fifth fastest ahead of Will Davison, Tim Blanchard, Lee Holdsworth, David Reynolds and Dale Wood.

The final order was jumbled by the differing tyre strategies deployed by the teams as they developed their cars on both the 2016 and 2017 tyres.

Tim Slade and Craig Lowndes topped the morning running while on the 2017 super softs before clocking 11th and 24th respectively during the afternoon.

"We tried a few things like everyone to optimise the set-up around the new tyre," explained Slade.

"We thought we’d found something when the tyre was used, but when we tried that with a new tyre in the afternoon it wasn’t any good.

“We weren’t where we wanted to be come the end of the day but it was definitely a day where we learnt lots." 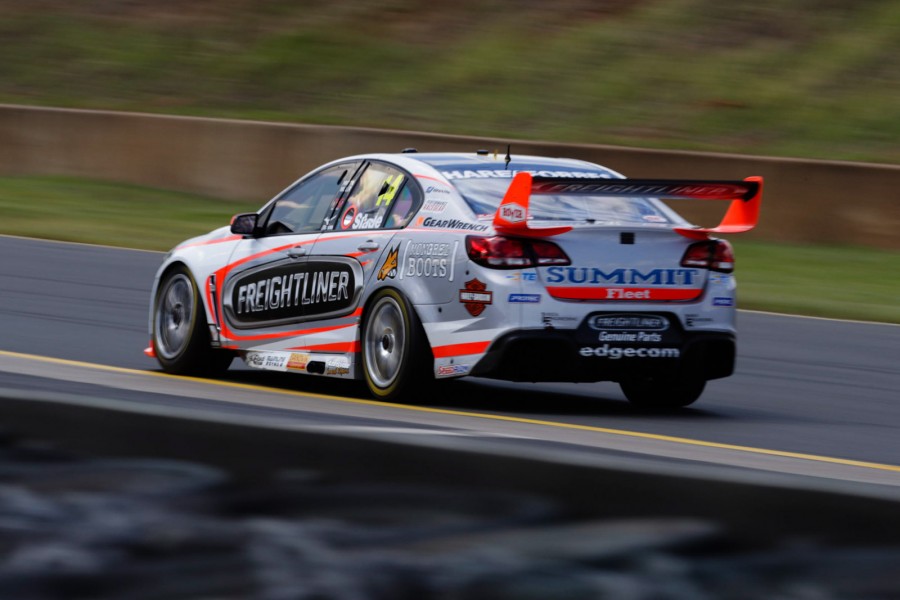 Slade’s team-mate Nick Percat’s day ended early due to an engine issue, falling from a high of third to 20th in the final reckoning.

Elsewhere, Garry Rogers Motorsport had a quiet run as it debuted its freshly built Commodores.

Garth Tander sat at the foot of the times before jumping to 15th in the final minutes, leaving team-mate James Moffat to round out the field.

Dunlop Motorsport manager Kevin Fitzsimons reported that all teams were facing the same challenge as they adapted to the new product.

"What we saw today was everyone chasing a balance," he told Supercars.com, noting the warm track conditions during the afternoon.

"The new tyre has improved the front of the car so as far as turn-in they can lean on it harder, but they’ve got to be careful to make the rear live.

"The teams have so much data to go through before Adelaide, both with the data we gave them and now what they’ve taken from here." 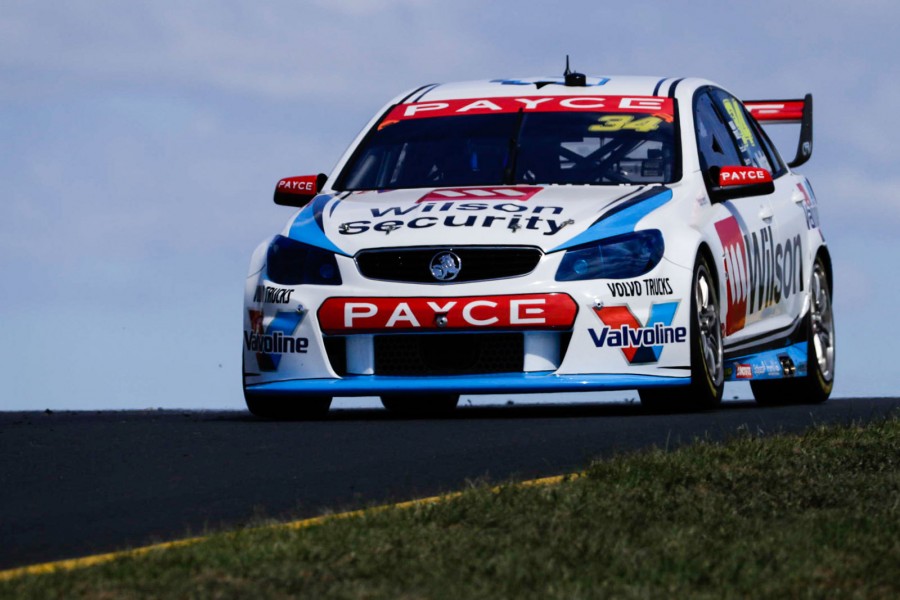