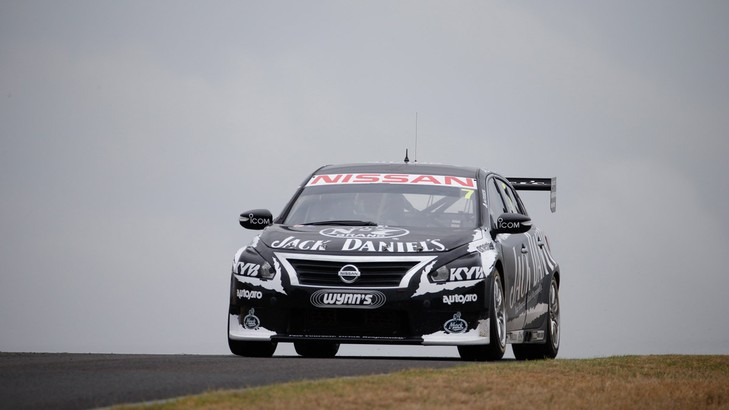 For the second time today, Todd Kelly is at the top of the times in his Nissan Altima.

This time, it’s been all dry running for the 25 V8 Supercars at the sydney.com Test Day, practically no rain to be seen in the second three and a half hour session.

Lowndes is the highest placed of last year’s top four, with 2013 Champion Jamie Whincup at the bottom of the table. Will Daivson, having his first steer of the Erebus machine, sits 21st, while his former teammate Mark Winterbottom is 23rd.

The day, which is free for fans to attend, marks the first time all five manufacturers face off on-track.

Both Volvos are back on track, with Scott McLaughlin and Robert Dahlgren 23 and 24th, respectively.

Fans save from $70 with this exclusive offer – visit ticketek.com.au/sydsuperpass or purchase at the Sydney Motorsport Park V-Sport Official Store in person today.

Two Sydney Events for the Price of One