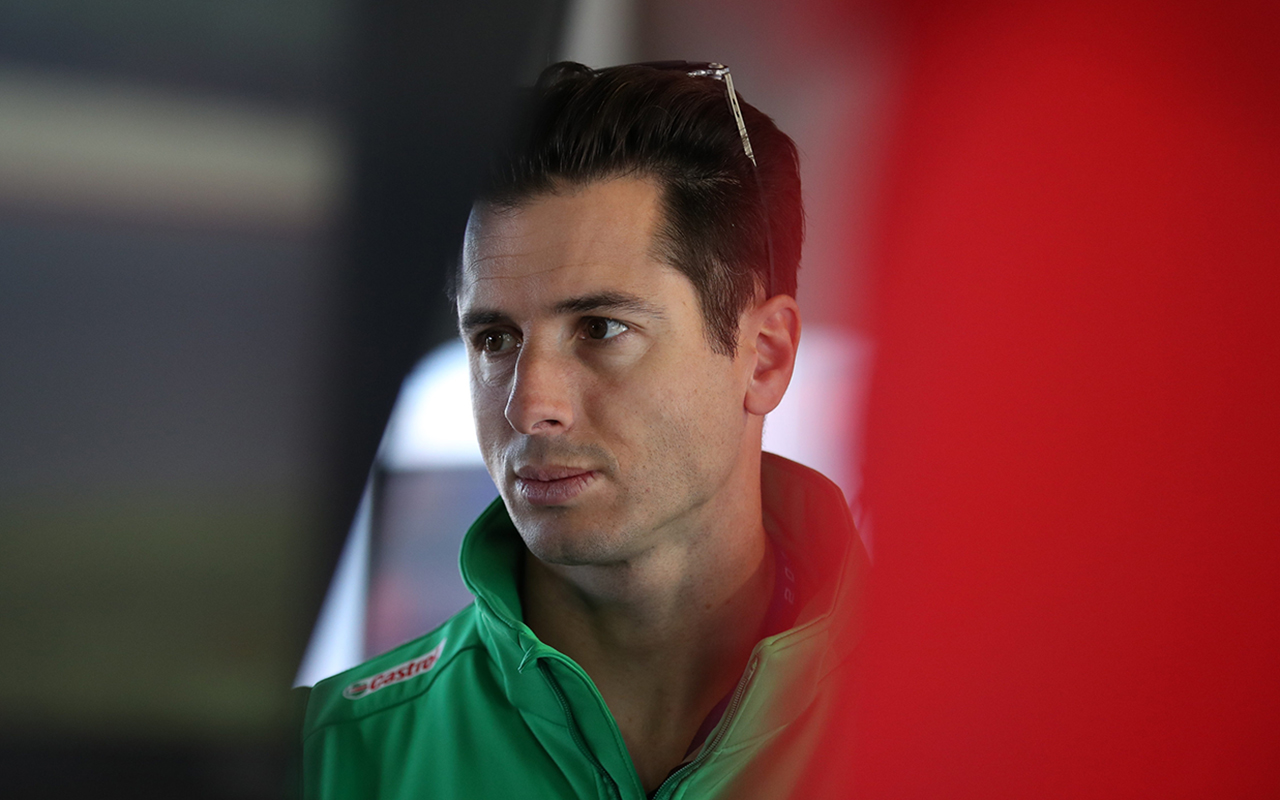 Rick Kelly remained ‘confused and disappointed’ with his penalty in the OTR SuperSprint opener, following a post-race chat with officials.

The Nissan driver was handed a drive-through for his part in carnage at Turn 6 on the opening lap, with officials deeming it “reckless driving”.

On the inside of a three-wide squeeze, Kelly bumped James Courtney, who in turn hit Will Davison, spinning the Milwaukee Mustang.

Simona De Silvestro and Todd Hazelwood were both taken out in the resulting melee, joining Davison in retirement.

A stewards report issued post-race explained the decision, declaring Kelly should have yielded to Courtney.

“During the race a review of the HawkEye vision, and the advice of the Driving Standards Advisor, the Stewards imposed a Pit Lane Drive Through Penalty to Car #15 Rick Kelly for a breach of Schedule B2, Article 2.1.2 (Reckless Driving) causing contact to Car #22 at Turn 6,” it read.

Kelly said immediately post-race that he was “gobsmacked” by the call, and remained disappointed after seeking out Driving Standards Advisor Craig Baird.

“I’ve gone up there and had a really good chat to Bairdo and the guys and they are pretty adamant that, with the rulebook they’ve got in front of them, they made the right decision,” he said.

“Me being inside the car, I think the penalty is pretty harsh.

“In these situations I’m normally the guy to put my hand up and say I stuffed up and apologise for it, even to the point in Darwin when I did that and later discovered it wasn’t entirely my fault.

“But in this one I’m very surprised by the outcome.

“The only thing I could say between the disagreement in them thinking I should have got the penalty and me thinking I shouldn’t, at the point of contact I reckon, as per the rulebook that was given, it says you’ve got to be in the vicinity of the B-pillar.

“I feel from the in-car camera and where I was sitting, I was. They think I was short of the B-pillar, which is why it was handed out.

“The rulebook also says if there’s a little bit of contact and everyone drives off it’s fine, if someone spins it’s 15 and if there’s significant damage to other cars then it’s a drive-through.

“So the penalty in this case has been based off the outcome, not so much the contact that I’ve made.

“I do leave a little bit confused and disappointed with the outcome because I was underneath him, had a little bit of a rub and got on with it and I copped a drive-through.

“Certainly the feeling when I heard the call that I’m coming through the pits, I couldn’t work out why, because it wasn’t like I punted someone and driven off.

“But there’s nothing we can change, we’ve just got to worry about tomorrow.”

Kelly feels the officials have otherwise “done a good, consistent job all year”, but stressed he’s not the only one confused by today’s decision.

“It’s interesting when the guy on the receiving end of the contact with Will, guys from his team came down and said they thought it was a racing incident and were surprised I got a drive-through,” he said.

“But from my point of view you can’t walk away from today being anything other than disappointed.”

After the penalty, Kelly finished last of the classified runners in 23rd and sits 17th in the championship after 21 races.