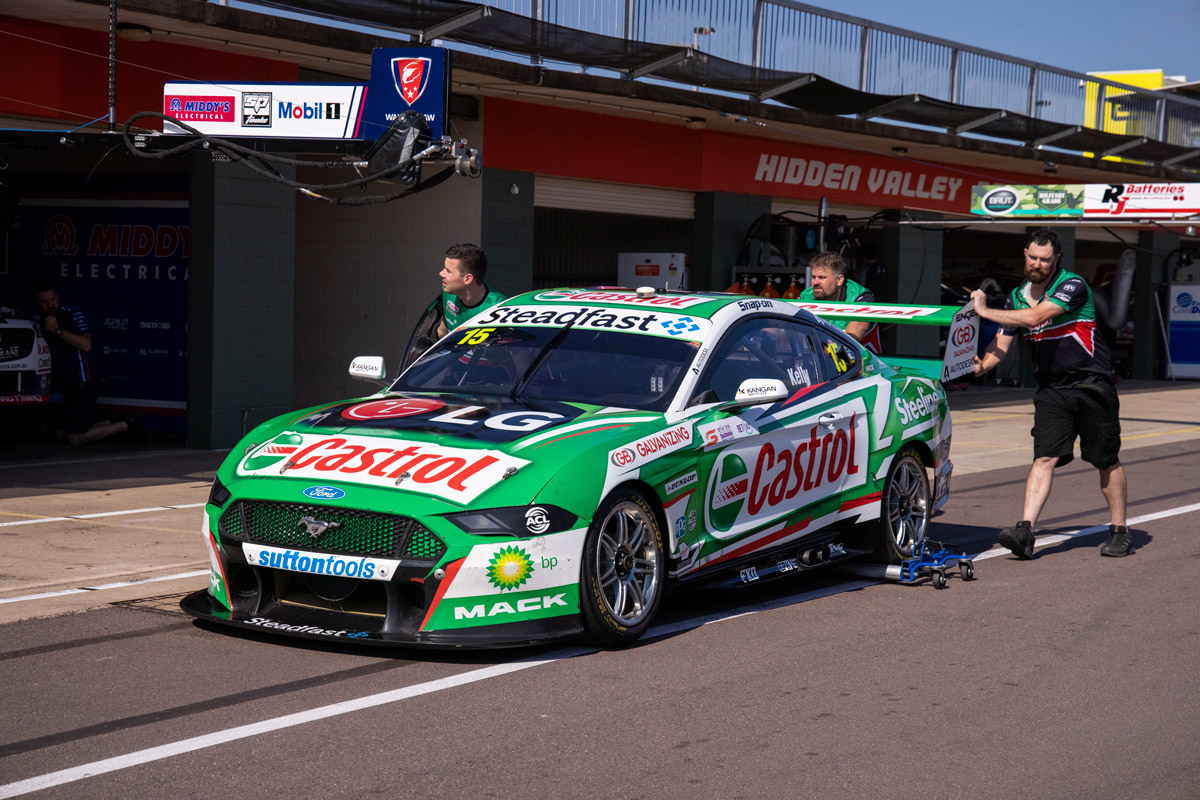 Kelly Racing is confident it can rectify the engine mapping issues that held them back last weekend in time for the second leg of the Darwin doubleheader.

Having rebuilt their engines in the lead-up to the BetEasy Darwin Triple Crown after finding a critical valve guide problem while staying on the Gold Coast, further hurdles arose on-track.

“We were also having some issues with our engine that are unrelated to the issue we found after Sydney, it’s just with the driveability and low-end performance out of the corners,” said Andre Heimgartner at the conclusion of the Triple Crown weekend.

“Normally we have the engine dyno and all the sensors back at the factory to tune these areas of the engine before getting to the track but obviously we don’t have that while we’re on the road.

“So it’s just one of those things that we have to do our best to fix for next weekend.”

Contacted by Supercars.com, team boss Todd Kelly was optimistic that a solution can be applied for this weekend’s CoreStaff Darwin SuperSprint.

That’s despite the lack of access to a dyno – part of the problem with being permanently on the road, away from their Victorian headquarters – with less sensors available to generate data when working remotely.

The Kelly team has engaged the help of their engine department to assist with remapping.

With drivers Heimgartner and Rick Kelly still taking three top 10s between them last weekend, they are looking to further up the ante on the second time around at Hidden Valley.

“We know what we need to work on… we’ve also got some good ideas on things to try for the next one,” Rick Kelly said.

“The cars are nice and straight, we can tune them up and have another go.”

Heimgartner and Kelly sit 11th and 14th respectively in the championship standings.