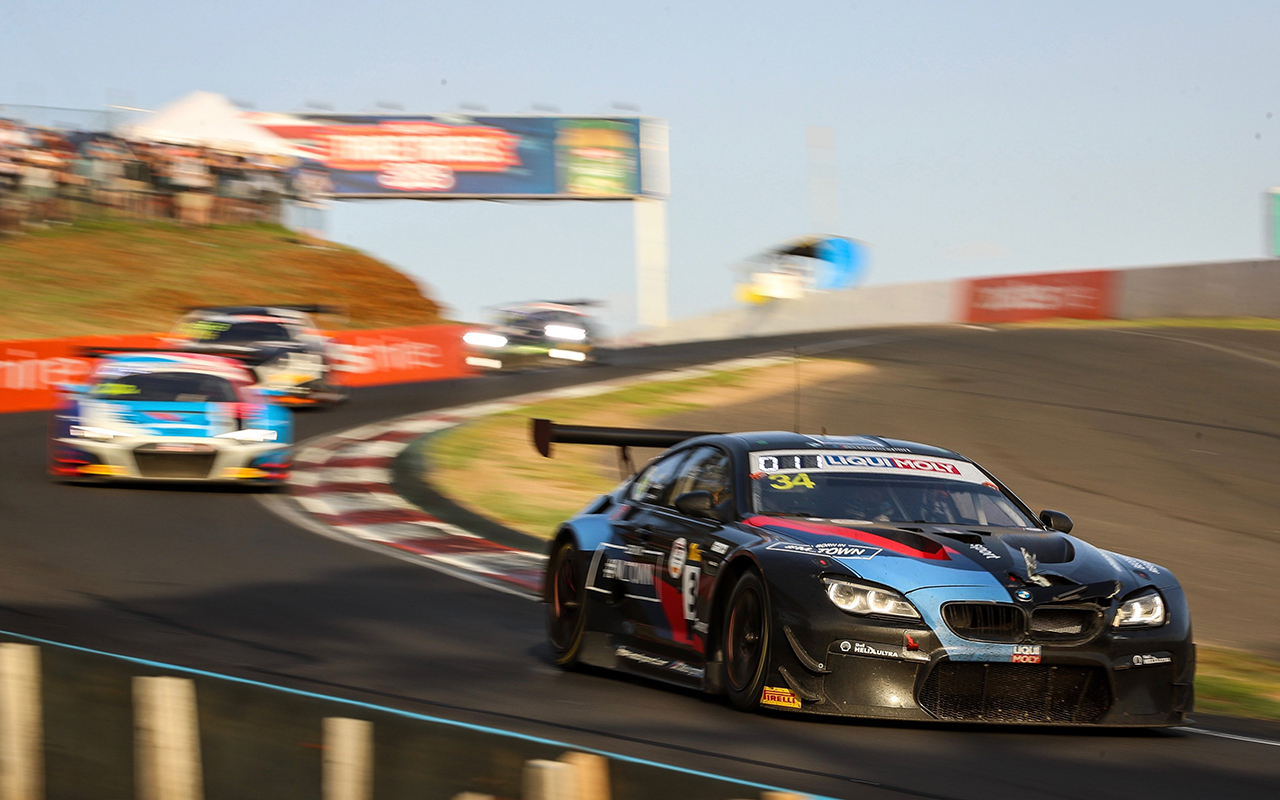 Chaz Mostert is hoping forecast afternoon storms can bring his BMW back into contention at the Liqui-Moly Bathurst 12 Hour after it sustained damage in a collision with a kangaroo.

Co-driver Nicky Catsburg was at the wheel of the #34 Walkenhorst Motorsport entry when the incident occurred shortly after taking over the car from Mostert in the third hour.

Having endured a lengthy pitstop to replace the bonnet, the M6 sits two laps down at the halfway mark in 19th position.

The kangaroo incident was revealed by Catsburg on Twitter and follows Saturday morning’s practice session having been red flagged due to roos on the circuit.

“Unfortunately hit a kangaroo (also for the kangaroo) in one of my first laps out,” Catsburg wrote on Twitter.

“The bonnet was slowly giving up and then finally it broke in a slipstream due to all the vibrations.”

Newly crowned Daytona 24 class winner Mostert believes they can still recover ground – especially with a bit of help on the weather front. 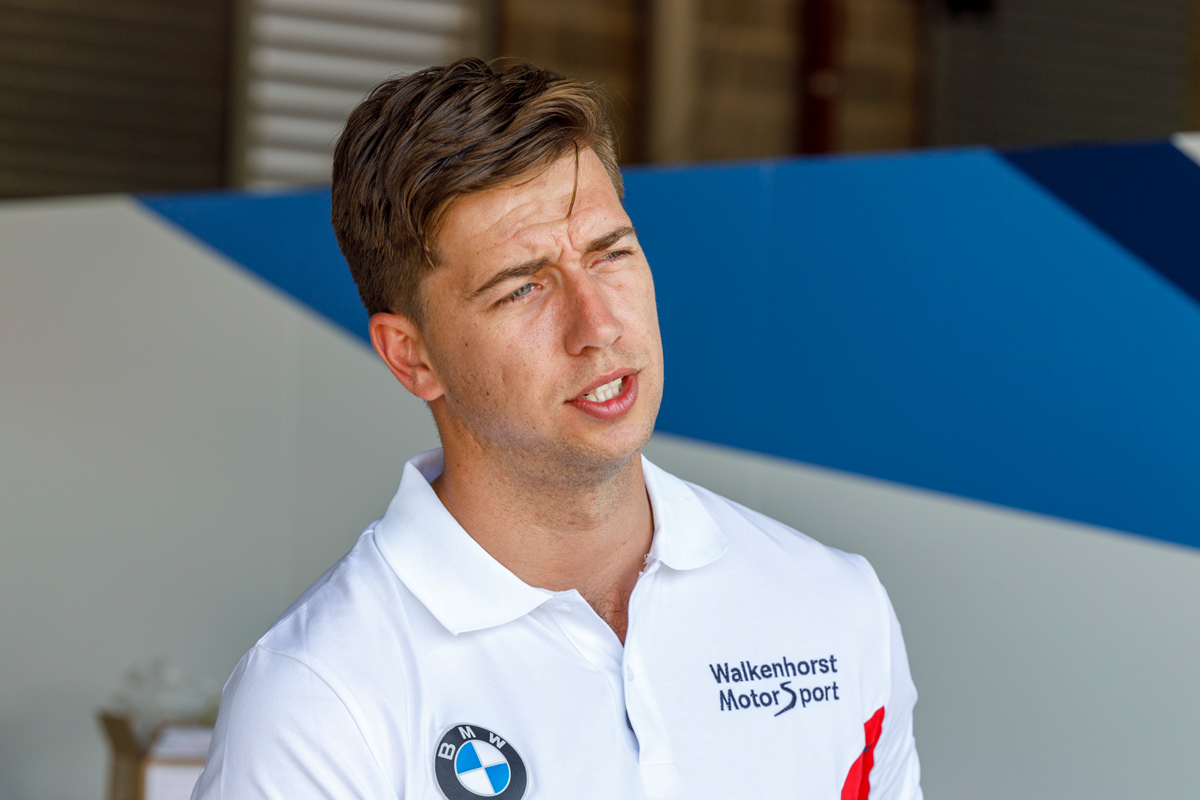 “I don’t know the whole story but we got some damage on the car and ended up having to repair the car so we lost a fair bit of time,” he told Supercars.com.

“We don’t have that great performance either,” he added, after qualifying 15th before moving forward in the early stages.

“We’re trying hard, we’re doing everything we can to try to stay in the race and fingers crossed for some weather later, if we can get some Safety Cars to get back into it.

“We’re not out of the race, we’re just a couple of laps down.

“Anything can happen around here, you saw through the practices how wild it got… I hope everyone has a safe race. We’ll see if we can get back in the fight.”

Adding to the Walkinshaw Andretti United Supercars driver’s challenge is some ill-health: “I’m really, really crook. I’m just trying to get through this race.”

At the halfway mark, Triple Eight duo Shane van Gisbergen and Jamie Whincup are the best-placed of the Supercars stars in the Mercedes they share with Maxi Götz, running fourth.

The #888 AMG’s morning wasn’t without incident however; Whincup tagging the Silver Class Audi of Marc Cini into a spin at Sulman Park in the fourth hour.

Both Whincup and Cini, who shares his car with Lee Holdsworth and Dean Fiore, were able to continue undamaged.

“[Whincup] was probably a little bit impatient, you’ve got to respect those [amateur class] guys a bit,” surmised van Gisbergen. “But we both got away with it, so it was fine.”

Götz had started the race before handing over to Whincup, who then neared the maximum permitted two and a half hours of continuous driving time ahead of van Gisbergen’s first run.

After six hours the race is being led by the #7 Bentley ahead of the #77 Craft Bamboo Black Falcon Mercedes and #60 Garage59 McLaren.

Craig Lowndes is also well in contention; the #1 Porsche he shares with Earl Bamber and Laurens Vanthoor ninth with the Supercars hero currently behind the wheel.

The #75 SunEnergy1 Pro-Am Class Mercedes co-driven by David Reynolds is further back in 15th, two laps adrift of the overall lead.

Nick Percat’s #91 MARC II is 17th outright and leading the Invitational Class, in which its only two rivals have struck major dramas.

Further back, Rick Kelly’s #76 Castrol Aston Martin is six laps down on the leader in 25th after being forced to the garage to replace a fractured splitter in hour five.

Kelly had started the car from 10th following Jake Dennis’ qualifying effort, but dropped to last on the opening lap due to a software glitch.

“When we got to Conrod the car shut off,” said Kelly after climbing from the car.

“We coasted all the way down to the last corner and dropped to last and managed to flick all the switches and get it going again.”

It had been a fraught morning for other familiar Supercars names; including a heavy crash for Garth Tander at McPhillamy Park in the third hour.

Earlier, a pitlane fire had delayed Warren Luff’s MARC II, while Tony D’Alberto’s Lamborghini was crashed by co-driver Julian Westwood at The Dipper.

Tim Slade (#27 HubAuto Ferrari) and Anton De Pasquale (#777 Triple Eight Mercedes) failed to start the race after crashes for their co-drivers on Saturday.