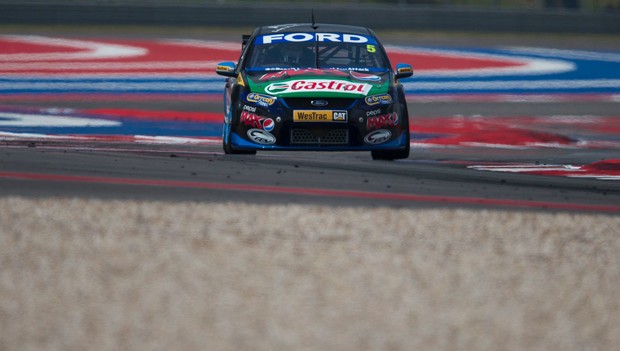 Graziano, who announced in late May that Ford will endmanufacturing in Australia and kill the Falcon nameplate no later than October2016, says in part the racing decision will be driven by the relevance of thenew Car of the Future formula to his company.

“What I am trying to understand is how important will it be asthat sport (V8 Supercars) changes going forward,” Graziano told v8supercars.com.au.“I need other people to help me think my way through that who are far moreknowledgeable about that sport than I am.”

Under Car of the Future new makes Nissan and Mercedes-Benzhave entered the championship and more are said to be on the way, eroding theexclusive red versus blue Holden versus Ford contest that existed for 20 years.

Along the way Ford has also downsized its investment andpresence. There were eight teams running 13 Falcons in 2008, but now only fourcars run out of the factory-supported Ford Performance Racing, while blue ovalicon Dick Johnson races the other two.

Then there is the question of whether Ford – which willendure substantial losses in coming years as it winds up local manufacturingoperations – will want to spend money promoting a nameplate it is about to kill.

“I think it (V8 Supercars) has been important and I don’tknow how important it will be going forward and think it is important we lookour way through it,” Graziano said.

“I don’t want you to take anything away from that comment. Itry and base decisions on data and try and understand what that means to usgoing forward.

“But I fully understand how important it (motorsport) hasbeen to us up to this point and we have a very proud history in motorsportsaround the world … and it is not something we take lightly. We don’t take anyof our relationships lightly.”

One thing is certain, the decision Graziano and hismarketing and sales vice president Brad Brownell are faced with has to be madesooner rather than later. FPR cannot be left hanging so late in the year thatother sponsorship and potential manufacturer options cannot be pursued.

So logically, Ford must make its call within a couple ofmonths, not that Graziano was willing to confirm that sort of timing.

“We talk to them (FPR) regularly, so I will have thatdiscussion with them,” Graziano said. “I don’t have a timeline on that. We aretalking with them, we have regular communications with them.

“At this point we haven’t taken a decision, so we need tostep back and look at all of our business, which we will do and then I willwork with the teams as we go forward. Once we take a decision then we will makean announcement one way or the other.

“I am talking to them regularly as well. Whether it is atthe races or away from the races.

“I enjoy the races and I enjoy spending time with thoseguys.”

FPR co-owner Rod Nash declined to comment on the issue whencontacted by v8supercars.com.au.

04/06/2013
Stay In The Know
Sign up to the Virgin Australia Supercars Championship Newsletter
This website uses cookies to improve your user experience. By continuing, you will be providing your consent to our use of cookies.Ok