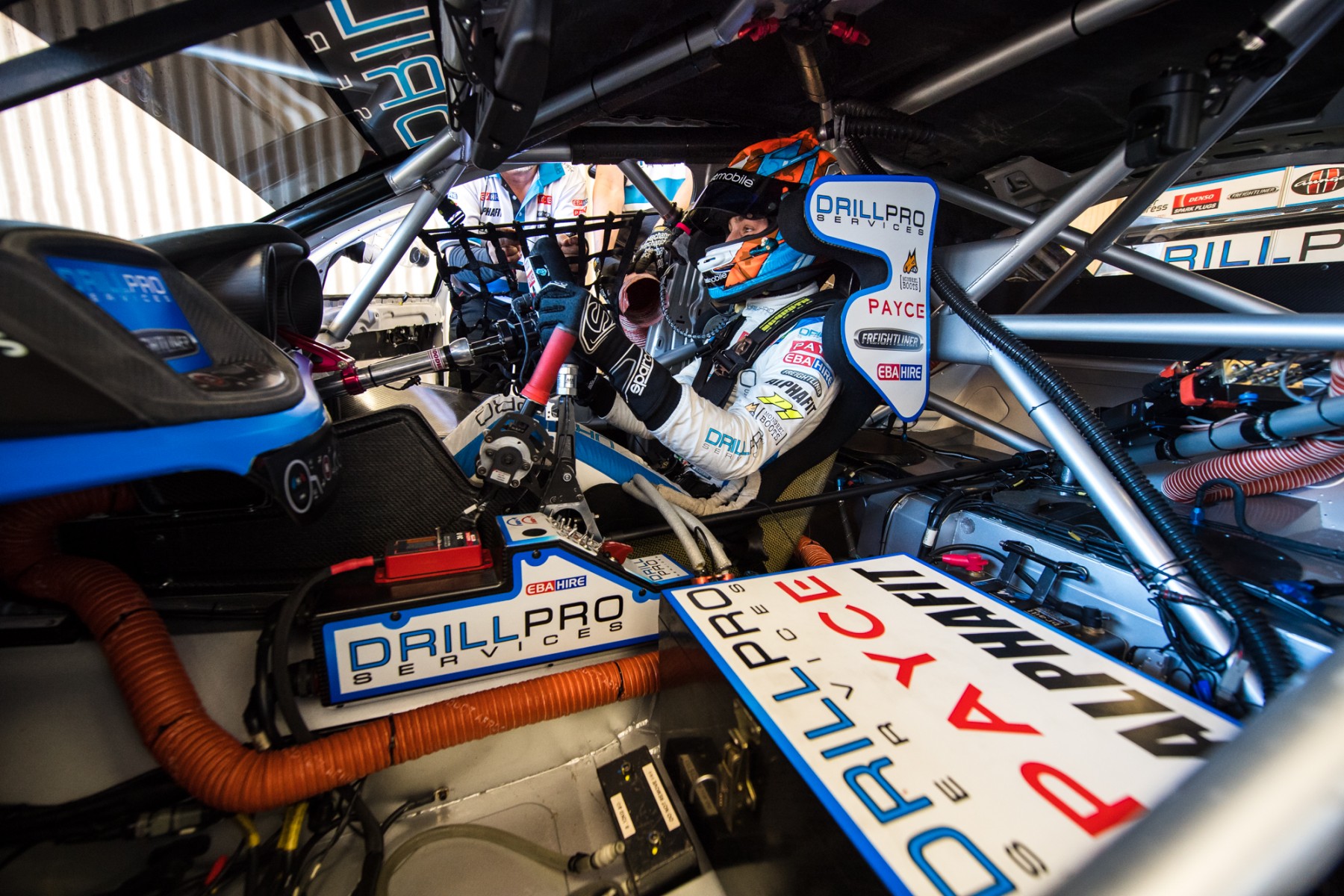 Wildcard Macauley Jones says there were plenty of lessons to take away from a tough weekend at the CrownBet Darwin Triple Crown.

The Dunlop Super2 Series and PIRTEK Enduro Cup regular was the first wildcard to run this year, joining the field in a fourth Brad Jones Racing Holden.

Jones’ weekend was dealt a blow in Saturday’s final practice, when a spin at Turn 10 ended in the tyre barrier, damaging the left-rear of the DrillPro-backed entry.

The team returned the car to the track in time for ARMOR ALL Qualifying, with Jones ending up 25th in the 27-car field – a position he repeated the following day.

Both races, however, proved tough going, finishing a lap down and the last classified runner on both occasions – 27th on Saturday and 24th Sunday.

“It’s definitely a tough step up, and I went in knowing that, with the experience I had last year,” Jones told Supercars.com, having run Winton and Darwin as a wildcard in 2017.

“You’re racing against guys who are racing most weekends and it just has a high intensity about it.

“To be able to get the experience is a massive takeaway, they’re long races and you really have to manage the tyres.

“It’s something we probably don’t get to experience much in Super2, so that’s definitely a big thing.

“Just working with Wally [Storey, engineer] has been really good. I learnt a lot from him.”

Jones, who is in his fifth Super2 season, had been able to quickly shake-off the Saturday-morning crash.

“It was just one of those things, it’s a part of racing,” he said.

“You want to limit how many times it happens, but I was pushing hard trying to learn and that was a part of the learning from the weekend.

“I feel we bounced back pretty well.”

The 23-year-old faced a difficult run home on Sunday after taking the late restart a lap down but second on the road behind eventual winner David Reynolds.

“That restart was really tough,” he said.

“They’re all racing hard and you’re all trying to stay out of their way without losing too much time in the process.

“But you just get in the marbles, after such a long race there’s a lot of debris off-line, and it really just fried my tyres doing that.

“Up until that point I felt my pace was reasonably good and, being a green race until that, I’d learnt a lot about managing the tyres and balancing the car over the stint.”

Jones’ focus will now turn to the next Super2 round in Townsville on July 6-8, before an anticipated second main game wildcard at The Bend SuperSprint on August 24-26.