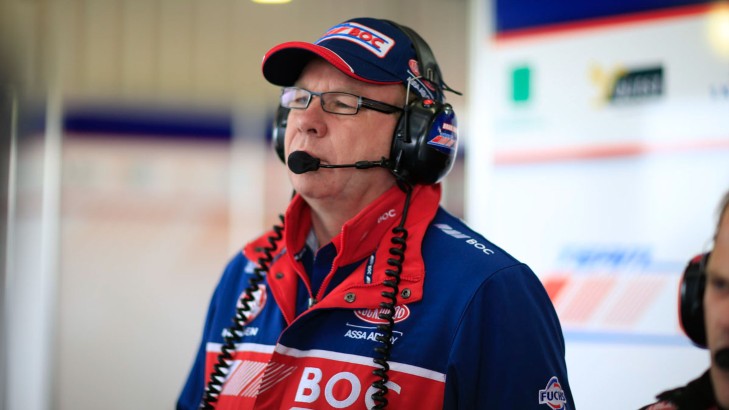 Brad Jones knows all too well what V8 Supercars Dunlop Series star son Macauley is experiencing at the moment.

The youngest Jones racer joined the Dunlop Series grid last year in Townsville and finished his first outing inside the top 10 in his Brad Jones Racing Commodore.But 2015 has thrown waves of misfortune at the 20-year-old's title campaign, crashing out at Winton after being an innocent bystander during a lap one incident, while he was forced to retire from the last race in Townsville after succumbing to Reid Park's concrete walls.

In aspecial segment on last night's episode of Inside Supercars that had a look at the ins and outs of Brad Jones Racing, boss Brad voiced his thoughts on his son's progress in the development Dunlop Series category after 12 months.

"It's hard to know, the proof will be in the pudding -it's too early to tell, to be really honest."

The two are very close and given his experience as a racer, it was no surprise Brad could empathise with exactly what Macauley was going through.

"I watch my race cars go round and go through the highs and lows and feel good or bad. But I watch him go round and I feel exactly like I did when I was in the car. And it's hard to relay that experience to someone, to tell them how gut-wrenching pain feels when things are bad, and euphoria when it's all going so great.

"I hope he has [it], he works as hard as anyone I've ever seen on it, which doesn't always mean you're going to be successful - but he does try pretty hard." 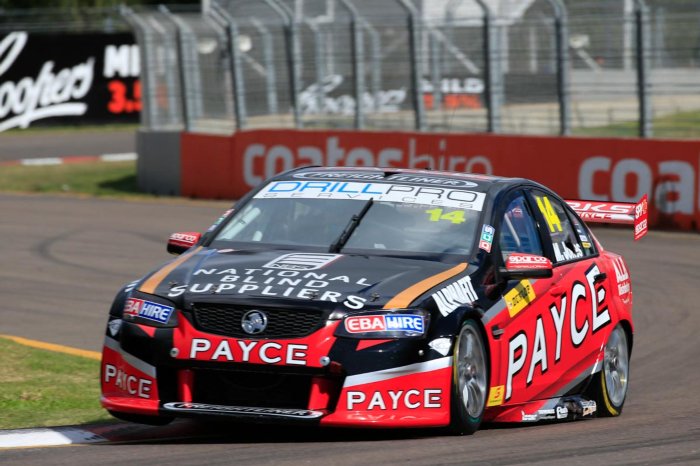 The Brad Jones Racing stable is known as a close-knit, family-owned and operated team, having been established by Brad and brother Kim. Kim's son Andrew will co-drive the Team BOC entry during the PIRTEK Enduro Cup, heads the squad's Dunlop Series program, and steers a BJR car in the Dunlop Series alongside Macauley and Josh Kean.

While ultimately Macauley was hoping for stronger results in Townsville, he was able to earn his best starting position of the season, qualifying his PAYCE Commodore seventh for race two, after the previous day's 14th place start.

"I was a bit disappointed with Saturday's qualifying, I didn't feel like we got the most out of the car, so to come back strong for Sunday was a step in the right direction," he said.

"We knew starting mid-field on Saturday was going to be tough, we managed to move forward and have a strong car with good pace and were able to pass a few cars.

"I feel like we were on top of what we wanted to do and we just kept chipping away. We had really good speed in the car."

Before he descends on Queensland Raceway for the Coates Hire Ipswich SuperSprint next weekend, Jones is currently fulfilling his duties with the FIA's 2015 Young Driver Excellence Academy, which has seen him travel to Austria to participate in the fourth workshop of the program.

Considering the academy participants are from a variety of different racing disciplines, Jones believes the range of knowledge the drivers share with each other is extremely valuable to his development.

"They love the V8s and watch it whenever they can," he said.

"It's easy to chat when our common ground is that we all love racing so much. We learn off each other no matter what their background is. For example rallying is something I haven't had a lot to do with and there are a couple of rally guys in the academy so I find speaking with them and gaining some of their knowledge is helping me a lot."

The fifth round of the Dunlop Series kicks off at the Coates Hire Ipswich SuperSprint, July 31 - August 2.

2015 Coates Hire Ipswich SuperSprint  ›
Stay In The Know
Sign up to the Virgin Australia Supercars Championship Newsletter
We use cookies to ensure that we give you the best experience on our website. If you continue to use this site we will assume that you are happy with it.Ok