In his first season with the Albury squad, Hazelwood’s charge in the third and final race of the June round at Sydney Motorsport Park was cruelled by an anti-rollbar failure.

The second time around at SMP last weekend, the #14 Brut-backed crew again kept their powder dry until the finale – and reaped the rewards for it.

With two sets of soft tyres up his sleeve, Hazelwood blazed through the field from 12th on the grid to join a four-way battle pack for the lead on the last lap.

As Reynolds ahead pressured second-placed Andre Heimgartner, Hazelwood seized his opportunity to sneak by into third.

“From 12th on the grid, to get in amongst those guys and push his way past Dave I thought was 100 percent commitment,” Brad Jones told Supercars.com.

“He went out hard and just kept on going and he and Tony [Woodward, engineer] and the crew on Car #14 did an excellent job. The stop was good.

“It’s just a pity that he started mid-pack because I felt if he had have been a little closer to the front then he certainly had the speed to win the race.” 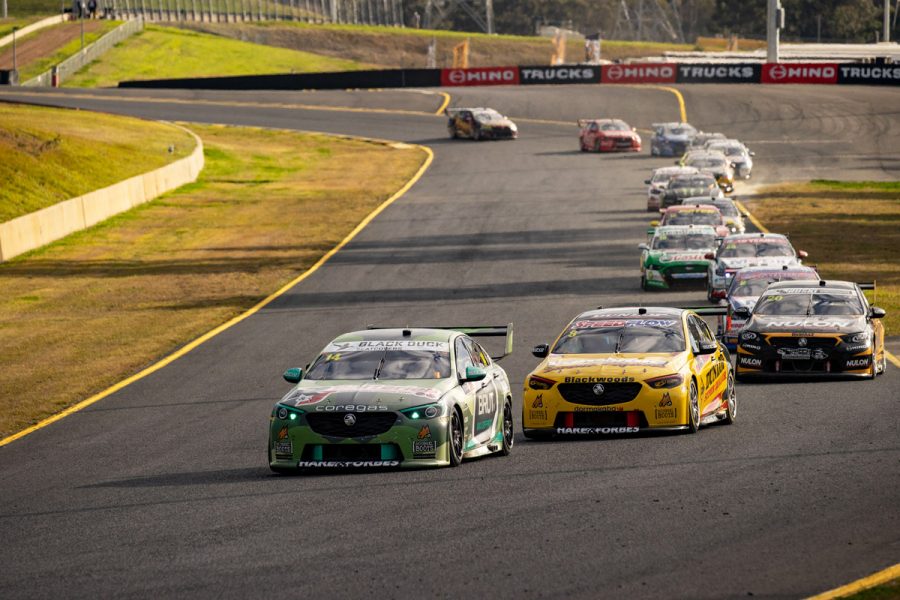 Hazelwood’s success capped another excellent Sydney event for BJR, with spearhead Nick Percat earlier winning his second race in as many rounds.

Percat scored more round points than any other driver bar championship leader Scott McLaughlin and now sits fourth in the standings. His Holden team has never before had a driver finish top five in the end-of-year rankings.

“Nick and Andrew [Edwards, engineer] and the Car #8 crew are really leading the charge here at BJR at the moment and doing a great job, and it’s pretty exciting to be a part of,” said Jones.

Now the challenge for BJR is to translate their SMP form to a different circuit: Hidden Valley Raceway.

BJR failed to reach the top 10 with any of their cars last year at Darwin.

This year they’ll have two successive race weekends to taste some Northern Territory success with the BetEasy Darwin Triple Crown on August 8-9 followed by the Darwin SuperSprint on August 15-16.