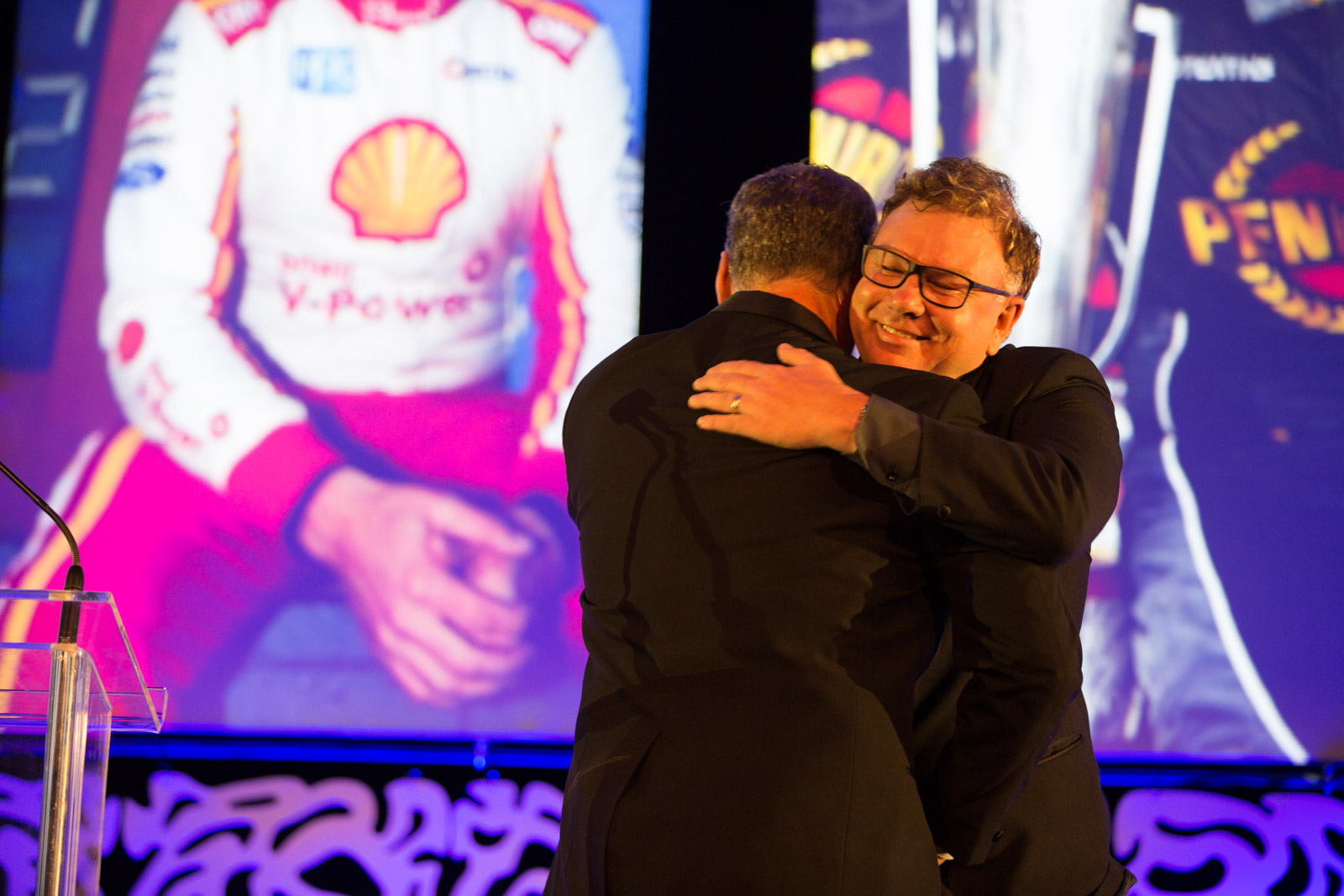 One of the highlights of this year’s Supercars Gala Awards was Brad Jones’ speech inducting racer-turned-commentator Neil Crompton into the Hall of Fame.

The friendship between Jones and Crompton stretches back to their days racing motocross in the 1970s, and continued as they progressed into touring cars the following decade.

Bursting with pride to see Crompton join the likes of Peter Brock, Allan Moffat and Dick Johnson in the Hall of Fame, Jones’ trademark wit made for an entertaining induction.

Supercars.com brings you Jones’ speech in full, celebrating Crompton’s immense contribution to Australian motorsport, as well as some of his quirks... 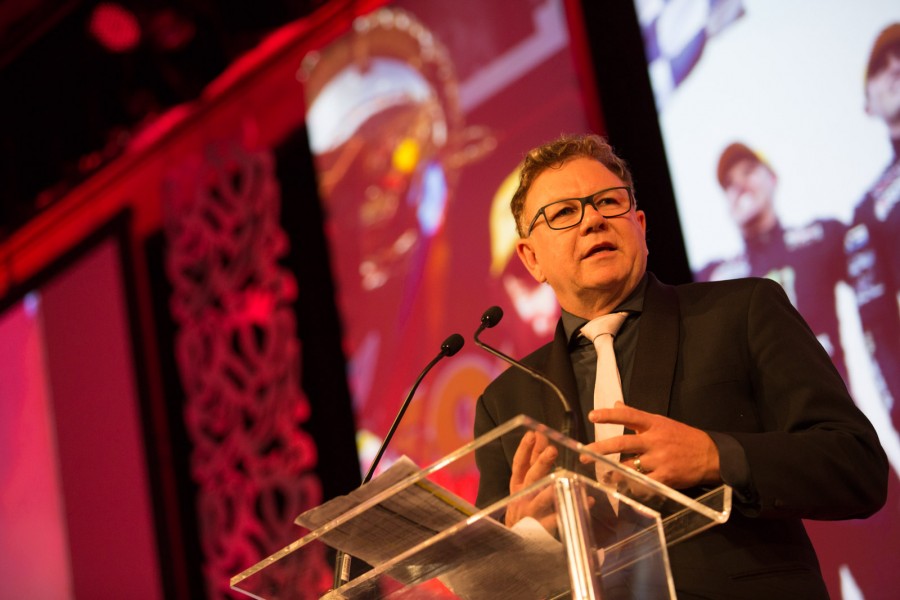 I first came across Neil in 1975 at Wonthaggi at a motocross round that was a Victorian state championship.

What I remember from that day was it was very muddy and he was very fast. He was one of two or three guys who used to be given motorbikes as a junior, which was a big deal.

I can’t remember if he won that day or not, only he and the bloke he was beating would be the ones to remember that, but he was certainly fast.

We criss-crossed each other’s paths over the next few years, racing motocross, travelling around, Neil always with his father Colin. 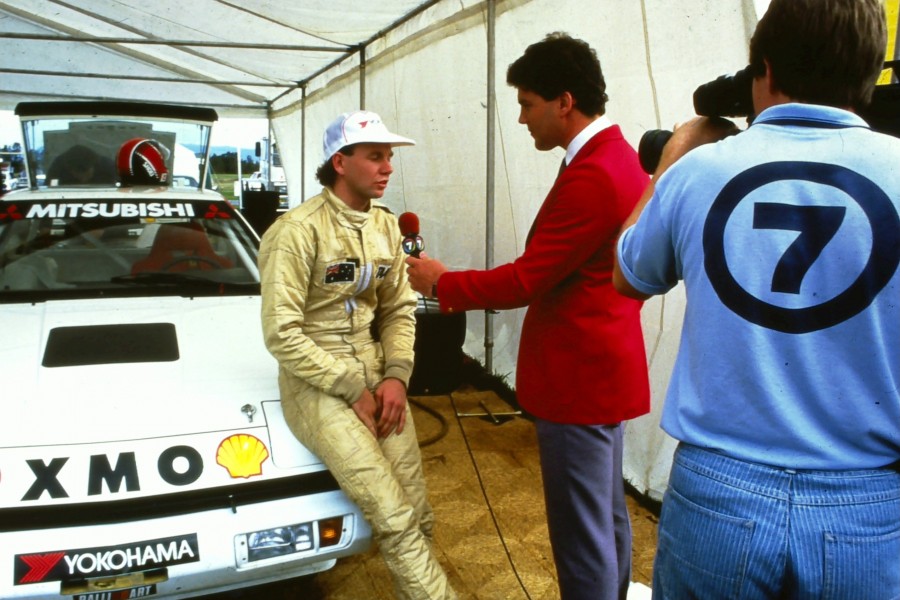 Broadford, they had a crazy motocross race there, was the first place where I actually heard Neil speak.

He’d broken his leg on an automatic Husqvarna or something and he was put in the commentary booth. He was, as usual, talking a lot, but with great knowledge.

He has the ability to explain the most complex things in simple terms. It’s the cornerstone of his art. He’s very talented in that way and it has been his way for his whole life, really.

He was living in Sydney when I started racing cars and we both stopped racing bikes and we reconnected… he was doing television with Mike Raymond and I was grafting trying to make a living in car racing.

Crompton at the Supercars Gala

Like me, he wanted to be a full-time racer and the reason I talk about the early part of his career is a lot of people don’t think of him as a racer, they think of him as a media guy that could drive really well.

But the truth is, it was the other way around. He was always looking for ways to get into the business and he found that talent that he has, besides driving a race car, was the right way for him to make acquaintances, get to know people and get the opportunity to drive a car.

In those days his boss was Mike Raymond and Raymond was pretty good to both of us, to be honest, we were like a couple of little rats scurrying around Channel 7 in Epping trying to get stuff done, meet people and get involved in motorsport.

It would be remiss of me not to mention his Dad, Colin. Neil and I have a lot of similar things in our lives and we both had fathers who love motorsport and never really competed but used to attend a lot of meetings. That was something that he and I certainly shared. 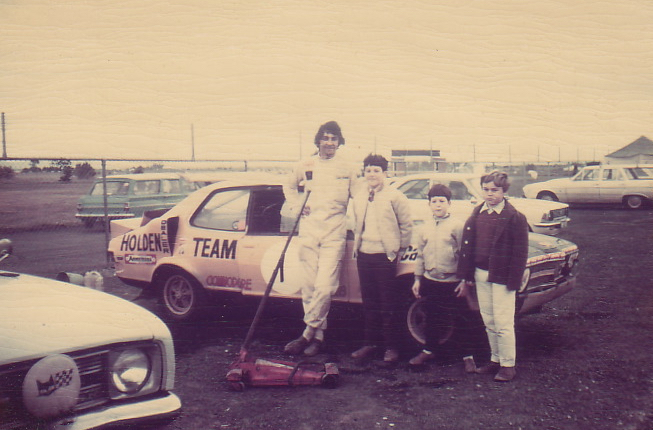 His dad was a mad Peter Brock fan and I remember in 1989 when Neil went and drove for the Holden Racing Team and I went and took his place at Brock’s joint. In those days he [Colin] used to wear these crook, white pants with blue jumpers with Mobil knitted into them.

His Dad was so pissed that he’d gone to drive for Holden and didn’t drive with Brock he still turned up with the white pants and Mobil jumper to the races. Colin and I got on quite well that year, he spent quite a lot of time in my pocket!

Brock was another interesting character that Neil introduced me to over the years. One of the interesting things about motorsport and being a grafter is that you really have to work everyone in the room.

When you don’t have any money and don’t have a patron you’ve really got to convince people to believe in you, and Neil managed to do that with Brock pretty early on. 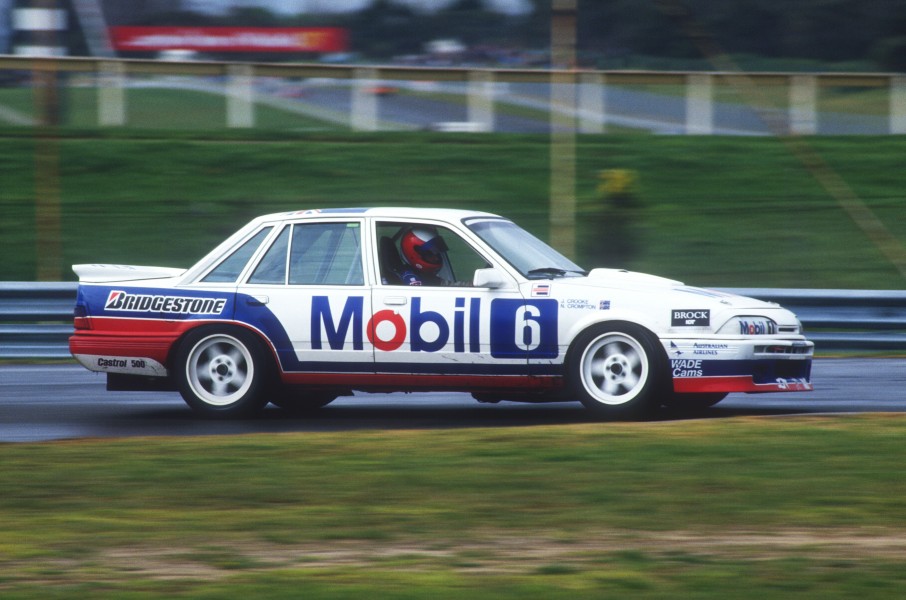 Crompton raced for Brock in the 1987 Sandown 500, but missed out on a Bathurst start

He was going through a part of his life where he’d got a bit mixed up about how a car worked properly and Neil made the most of that opportunity.

I know this is not meant to be a roast, but it’s slightly turning into one…!

He spent a lot of time with Brock and Brock believed in him, gave him a great opportunity and proved to people that he really could drive a car.

Unfortunately he couldn’t convince Tim [Schenken] he could do that at Bathurst one year otherwise he’d be coming up here as a Bathurst winner [having missed out on driving the eventual race-winning Mobil Dealer Team car in 1987 due to a lack of license signatures]. 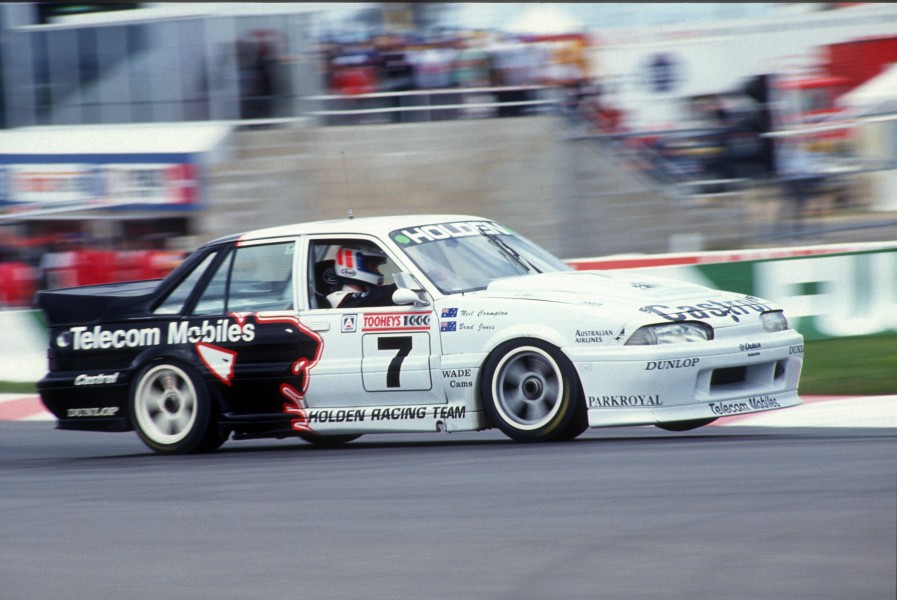 Crompton and Jones drove together at the HRT

One thing about Neil is that when you travel with someone you really get to know them. In 1994 we went to England together and spent quite a bit of time in each other’s pockets.

One of the things we used to do is get paid by our race teams for our accommodation. So he and I, being skulkers, would claim a room from each of our sponsors, share a room and then split the money.

What I learnt about Neil through that process is he’s the first person I met that actually tidies up a hotel room and makes the bed before he goes out on the town on a Saturday night.

My side of the room looked like a tornado had hit it. I couldn’t understand what he was up to, but we’re very different people. 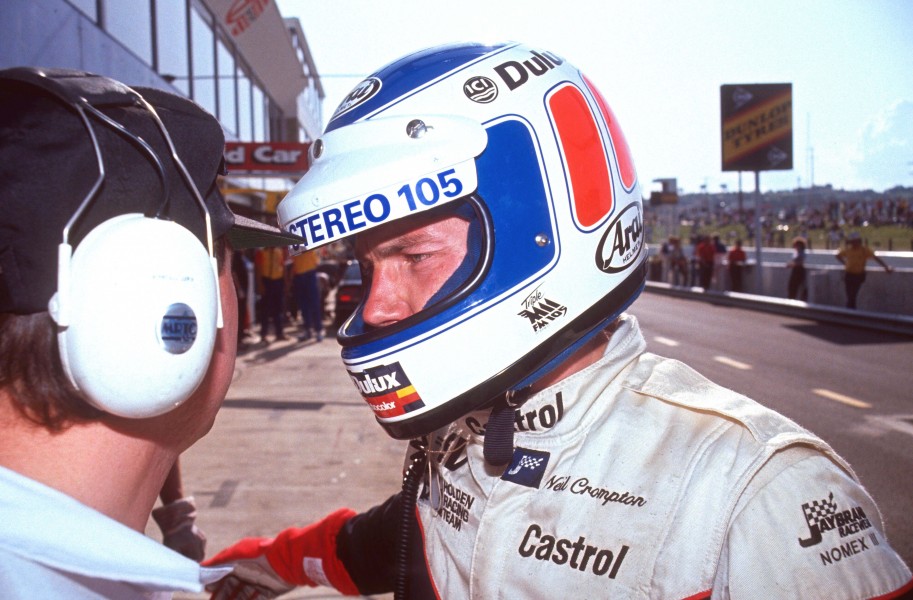 Knowing him the way I do, I think he’d be a little shocked to be inducted with these people, like Moffat, [Norm] Beechey, Brock, that we grew up with as our heroes.

But as a racer, he’s driven for factory Holden and Ford teams and in those days that was a hard old grind, to move from one to the other.

He almost won Bathurst a number of times and he successfully raced internationally for Steve Horne.

As a commentator he’s beyond reproach. He’s the greatest we’ve ever seen in this country and while I might be slightly biased, I would argue he’s the best in the world.

We’re extremely fortunate to still have him in this country and be the voice of our great sport.

28/11/2017
Stay In The Know
Sign up to the Virgin Australia Supercars Championship Newsletter
We use cookies to ensure that we give you the best experience on our website. If you continue to use this site we will assume that you are happy with it.Ok