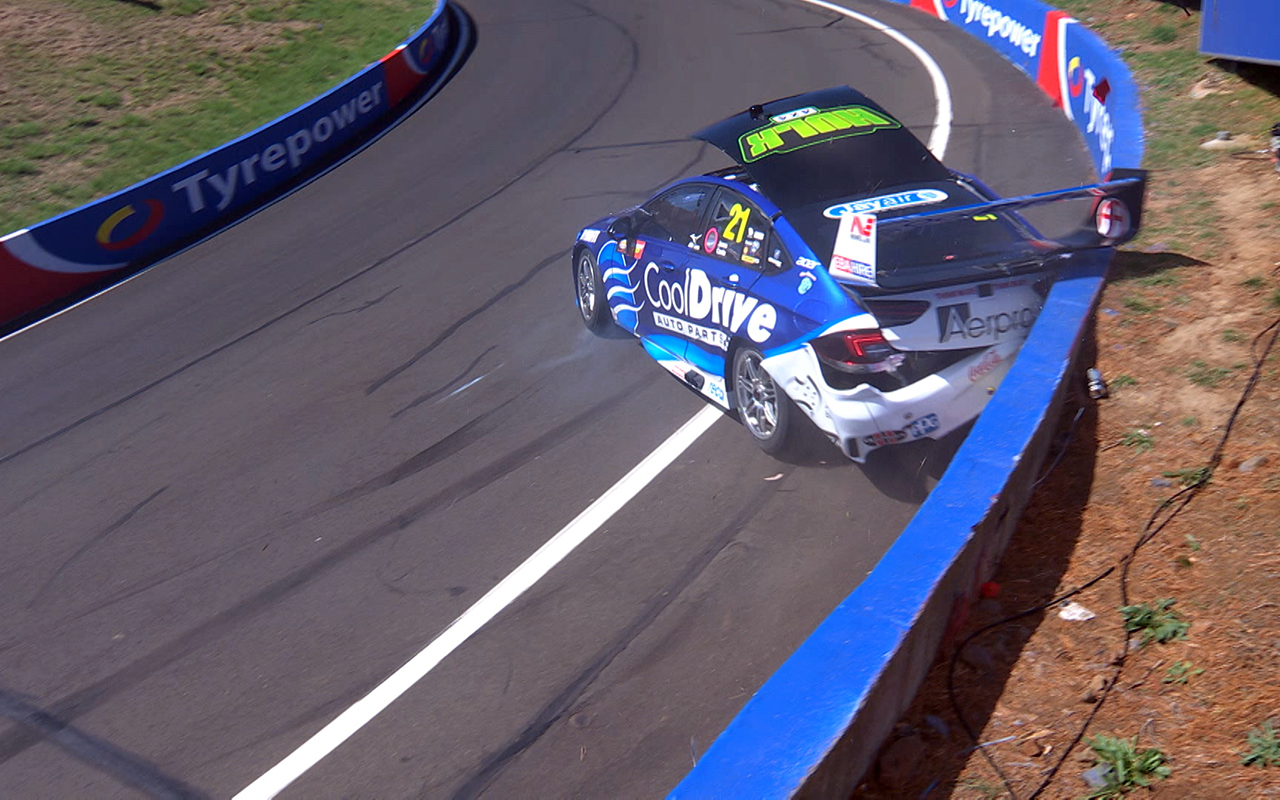 Macauley Jones was the first to find trouble at the 2019 Supercheap Auto Bathurst 1000, crashing his CoolDrive Commodore in Practice 1.

Jones was on his eighth lap of the morning when he lost the car into The Cutting, making right-rear contact with the concrete barriers, triggering a red flag.

The #21 Team CoolDrive Commodore was left with considerable damage at the rear of the car, while the roof peeled off as Jones limped up the Mountain.

“The track is very loose at the moment, we just made a change, went back out and it definitely didn’t help it.

“It didn’t feel like it went in that hard, just slowly lost the rear and then tapped it.

“It looks a lot worse than what I think it is, there’s no suspension damage, just panel work, really and for some reason the roof took a lot of it.” 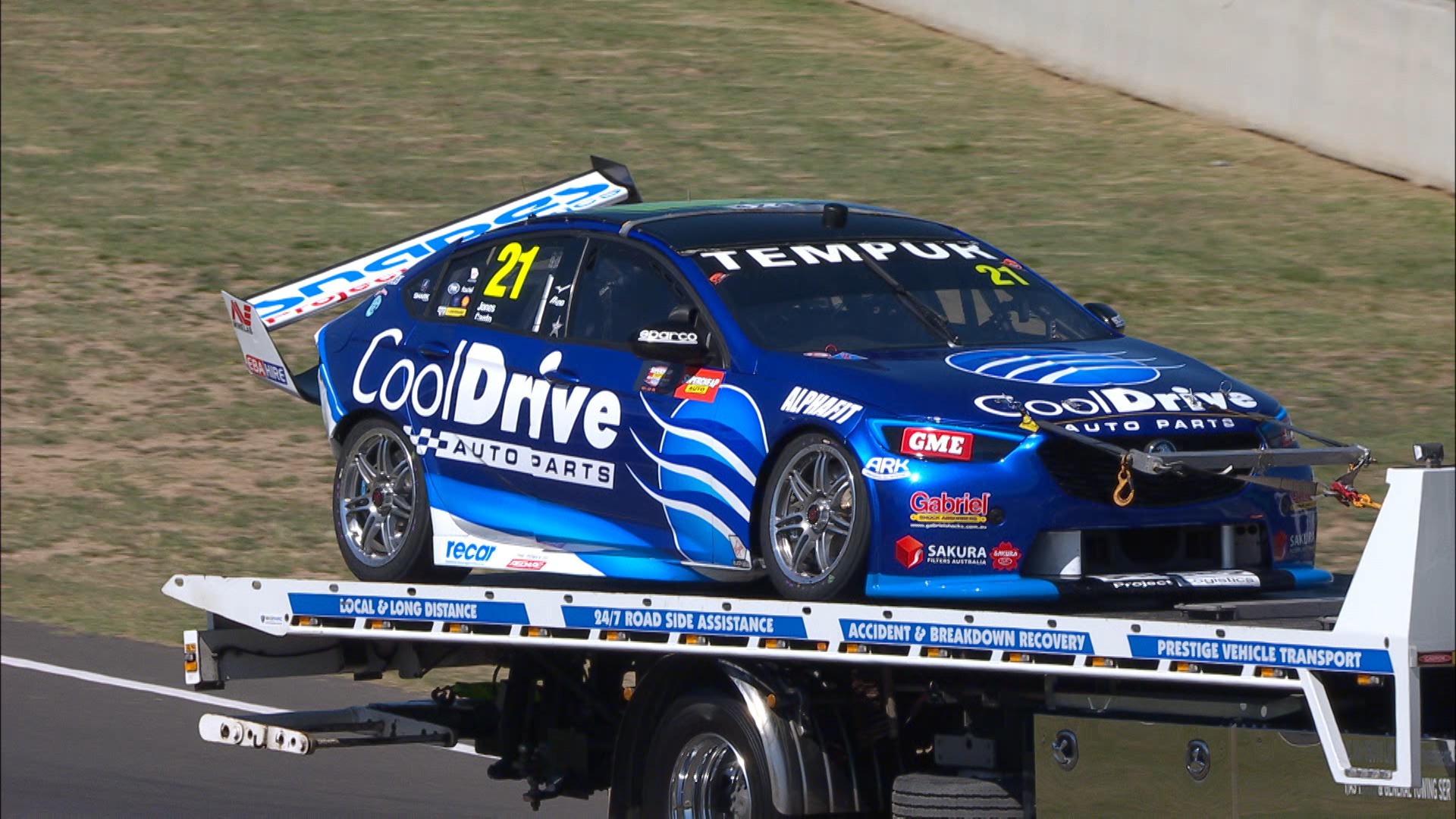 Jones was 23rd overall at the time with a 2:07.6944s, a little more than two seconds off the pace set by championship leader Scott McLaughlin.

Team owner Brad Jones hopes to have the car back on track at some point today.

“A lot of people were talking about having a loose car and unfortunately it has bit him and the downside of that is it just puts you on the back foot here because you don’t want to do it again,” he said.

“It’s especially hard to watch when it’s one of your own cars and it’s your son.

“It’s not that bad, it’s damaged the rear rail a little bit but I’m hoping that we will have it going again today.”