Jones: "Back in the day, it was very different"

Jones: “Back in the day, it was very different”

Jones: "Back in the day, it was very different" 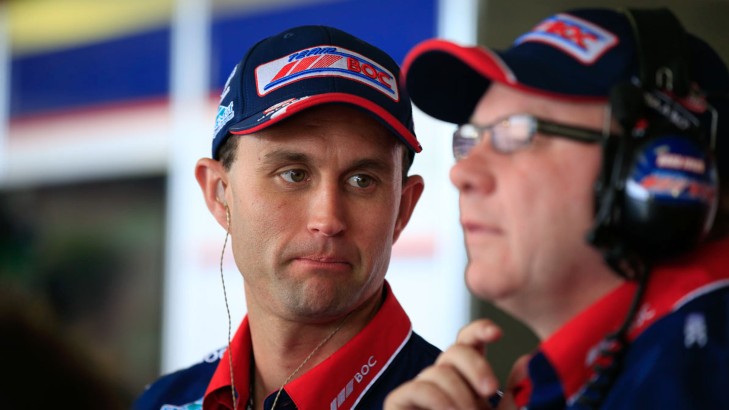 As the V8 Supercars Dunlop Series has developed over 15 years of racing, so too have the teams and the way they approach the competition.

From its first series campaign as a single-car team in 2003, Brad Jones Racing has nurtured its Dunlop Series program to become a three-car-large squad with dedicated personnel and equipment, running in conjunction with the V8 Supercar Championship operation.

Led by experienced hand and 2004 Champion Andrew Jones, with Macauley Jones and Josh Kean representing the stars of the future, the Albury-based team's Dunlop Series program has grown from its humble beginnings to now pose as one of the competition's strongest outfits.

"BJR at the moment is one of the strongest teams in the series, but back then it certainly wasn't a very strong team in the main series. The whole place in general has changed a little bit, and with some success in the main series also came success in our Dunlop series program," Jones explained to v8supercars.com.au.

"When we first ran a car in the series, it was pretty much an old chassis that was sitting around and was made up of whatever we had available. If we had an engine available to run, then it would go in that car.

"Back in the day, it was very different - it was just made up of some people who were able to help out and now, we have full time people in our Dunlop Series team and three cars.

"Hopefully if you're doing things right they should get better, and I certainly feel like our Dunlop Series program at the moment is quite a good one."

The Dunlop Series has long been held as a breeding ground for V8 Supercar drivers, having fostered the talents of current Championship heavyweights Mark Winterbottom, Chaz Mostert, Scott McLaughlin and Lee Holdsworth - to name a few.

However, Jones said the second-tier V8 Supercars category is also an opportunity for BJR to hone in on the skills of their team members before they graduate to the 'main game' operations.

"Our scope and our ideas are a bit more broadminded than just looking for driving talent, to be honest," he told v8supercars.com.au.

"For us, it's about junior engineers, junior mechanics... there are some people doing some pretty impressive stuff in terms of car prep and processes and procedures that are going on in the background that are equally as good as some on-track stuff happening by the guys behind the wheel.

"We've got a senior mechanic within the Dunlop Series program as well who is able to help those young guys and we also work closely with the MTA (Motorsport Training Australia) which is a TAFE-approved program, so we work with some guys from there to help place them into work as well."

Brad Jones Racing had a successful 2014 season in the Dunlop Series, with Andrew and Macauley recording a number of top ten finishes, while then-driver Chris Pither clinched his first round win at Townsville.

The Dunlop Series will take to the track for two practice sessions today at the UBET Perth SuperSprint, with Practice 1 kicking off at 9.35am.

Andrew Jones  ›
Stay In The Know
Sign up to the Repco Supercars Championship Newsletter
We use cookies to ensure that we give you the best experience on our website. If you continue to use this site we will assume that you are happy with it.Ok