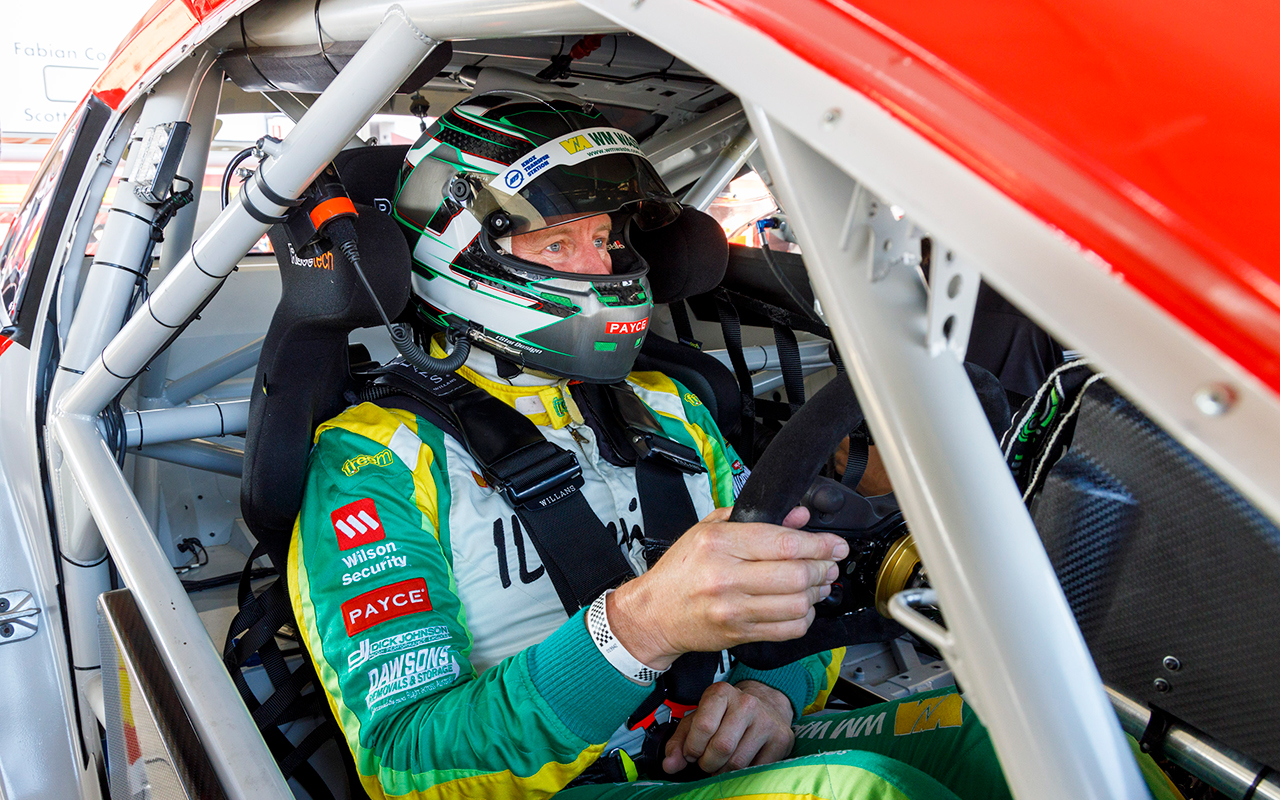 It was a case of the same, but different for Steven Johnson as he strapped into a Supercar for the first time in five years on Monday.

Johnson, 45, was called in by Shell V-Power Racing to take part in a 2020 engine development test at Queensland Raceway aboard the squad’s spare Mustang.

It marked Johnson’s first Supercar drive since the 2014 enduros - a campaign that included his 21st and final Bathurst 1000 start.

The son of Shell V-Power Racing co-owner Dick was seen as a known quantity for the test, in which the squad’s regular drivers were not allowed to take part. 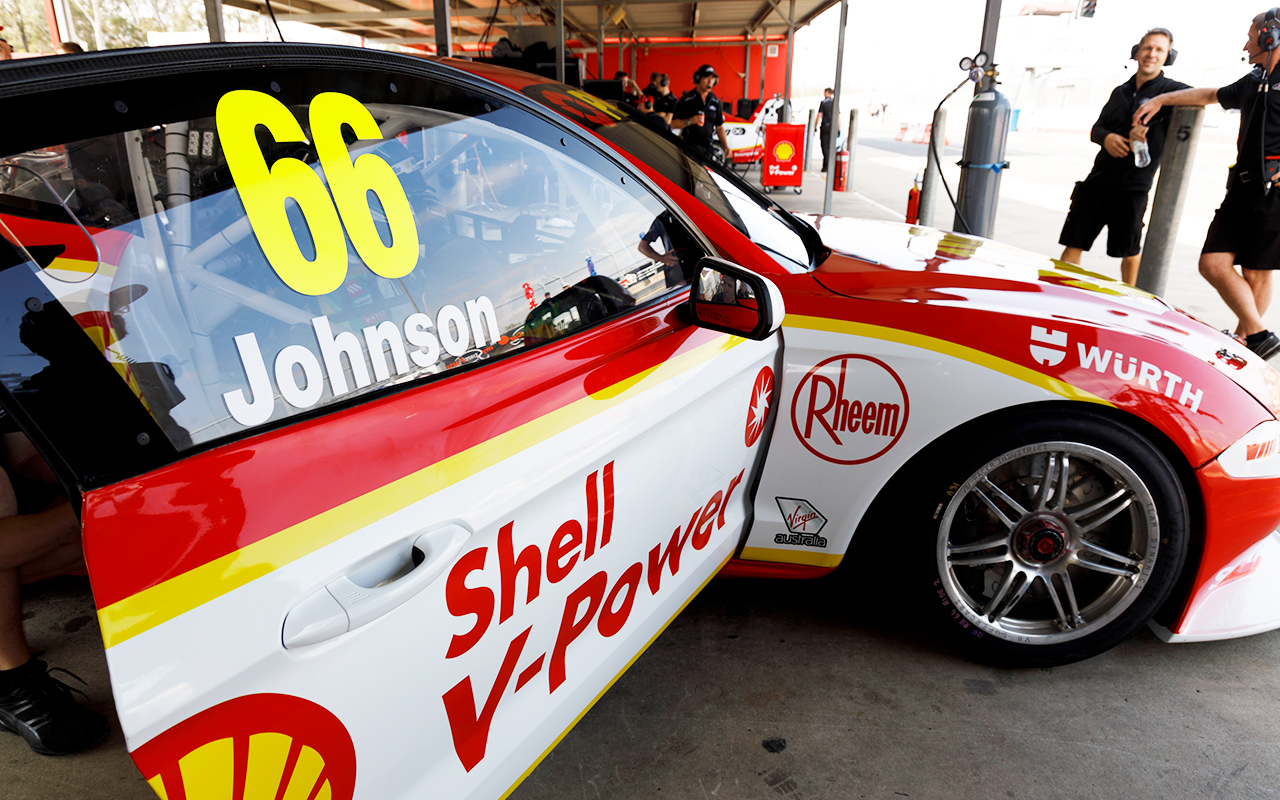 “It’s funny, the muscle memory comes back reasonably quickly to be honest,” Johnson told Supercars.com of the driving the Mustang,

“[But] there’s so many changes in the cockpit that are just different to what I was used to, so it took a few runs to learn what the functionality of everything is.

“There’s a trillion different coloured lights now with revs and wheel-slip and half-lock and full-lock, brake and throttle overlap if you’re a left-foot braker, you’ve just got to look at and understand what all the colours mean. There’s a bit going on in there.

“And when I raced, we never had the quick brake bias adjustor too, which I think is pretty cool to use, it’s a good little fine-tuning tool between corners. 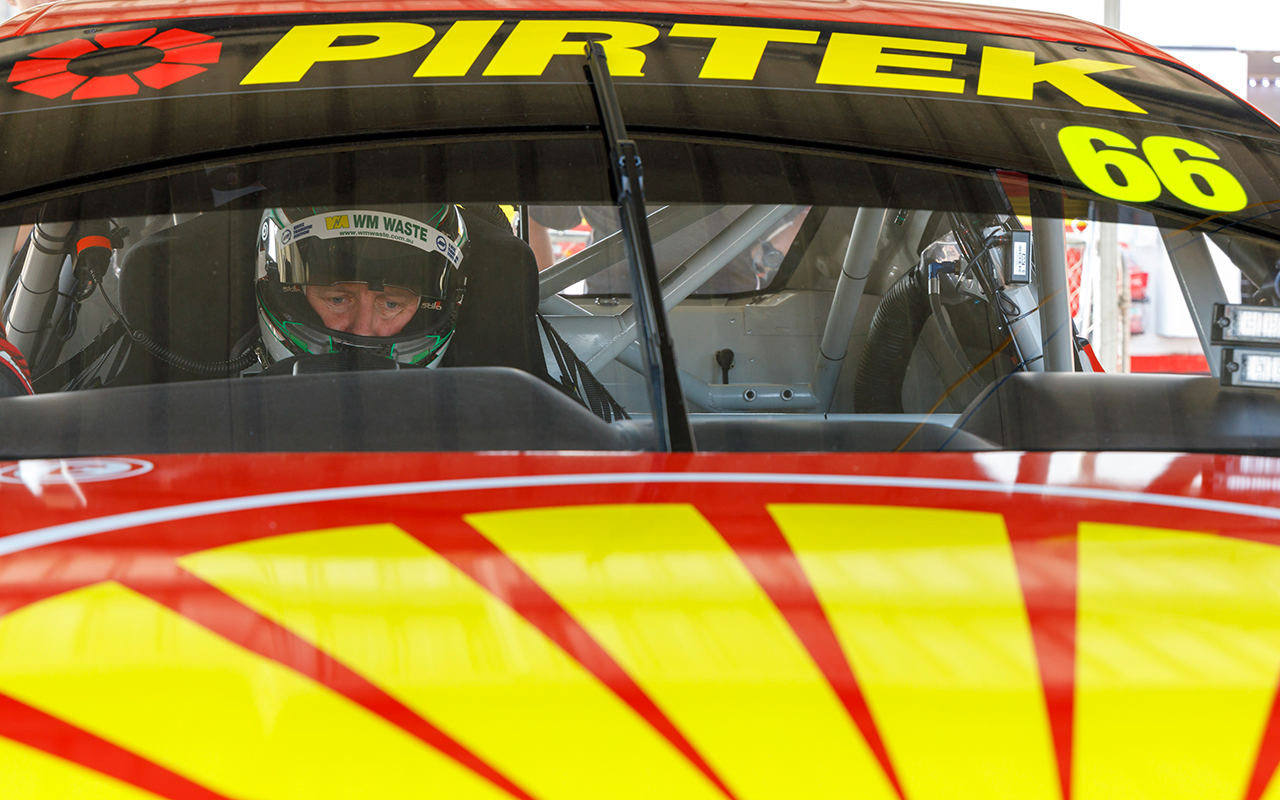 “To get back in, they just feel like they’re a lot more refined than what they were back in 2014. A little bit nicer in every area.

“The handling is there [better in the new car], but they still handle the same when the tyres are old as well.

“We ran through a few sets of tyres and really tried to put some miles on what we’re doing and give the guys a bit of feedback for next year.”

The Shell team has indicated it won’t race with drive-by-wire next year, but wanted to test out the technology for future use. 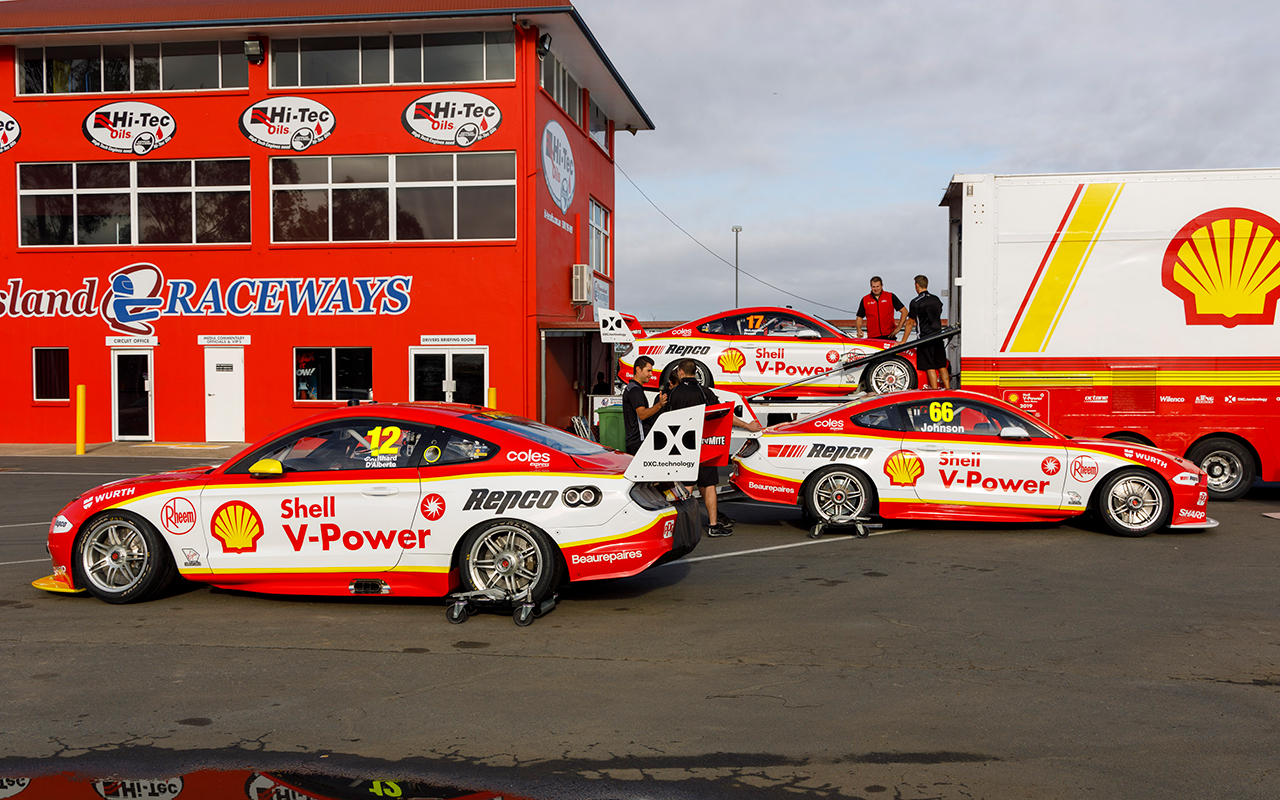 “The fly-by-wire throttle is a lot different than a cable operated throttle,” added Johnson.

“It’s going to be quite a bit of fine-tuning in that and to give them my experience and feedback, I think it was good to be able to back-up the feedback that some of the other boys have had.

“It’s given them a few little ideas with the control of the throttle, but other than that it was a pretty solid day, all-in-all.

“The car ran really well, the engine feels solid, it just takes a bit to get used to. The throttle pedal is quite a different feel to a cable-operated pedal.”

After stepping out of Supercars, Johnson has focused on racing in the Touring Car Masters, currently driving a 1969 Mustang under his own Team Johnson banner. 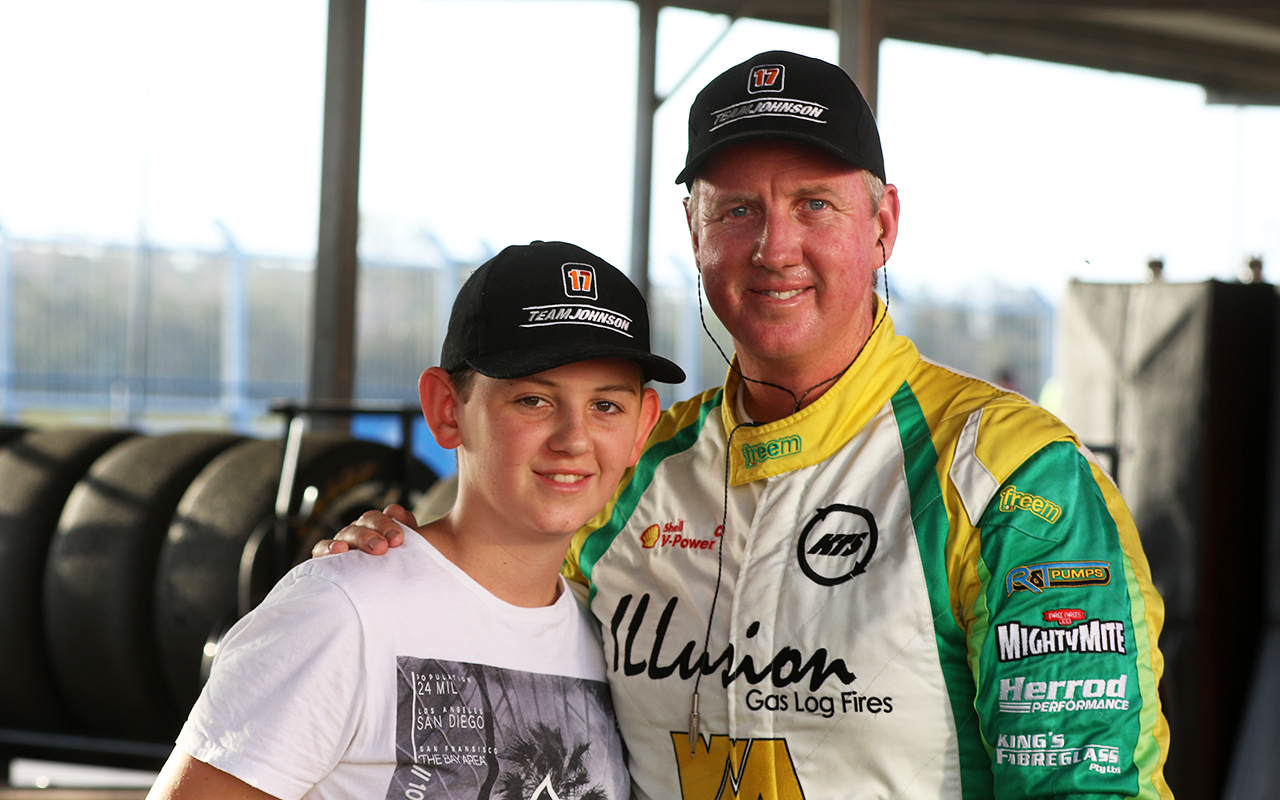 Johnson with son Jett at Ipswich

He’s also helping his 14-year-old son Jett with the formative stages of his racing career in the cut-price Hyundai Excel category.

While Steven’s Supercars enduro days are over, he will contest an enduro of sorts on November 30-December 1, sharing the Excel with Jett at Winton in two 90-minute races.

“It’s going to be pretty good fun and I think the chance to drive with Jett at such a young age is quite cool,” said Johnson, who drove with his father at Bathurst in 1998 and ’99.