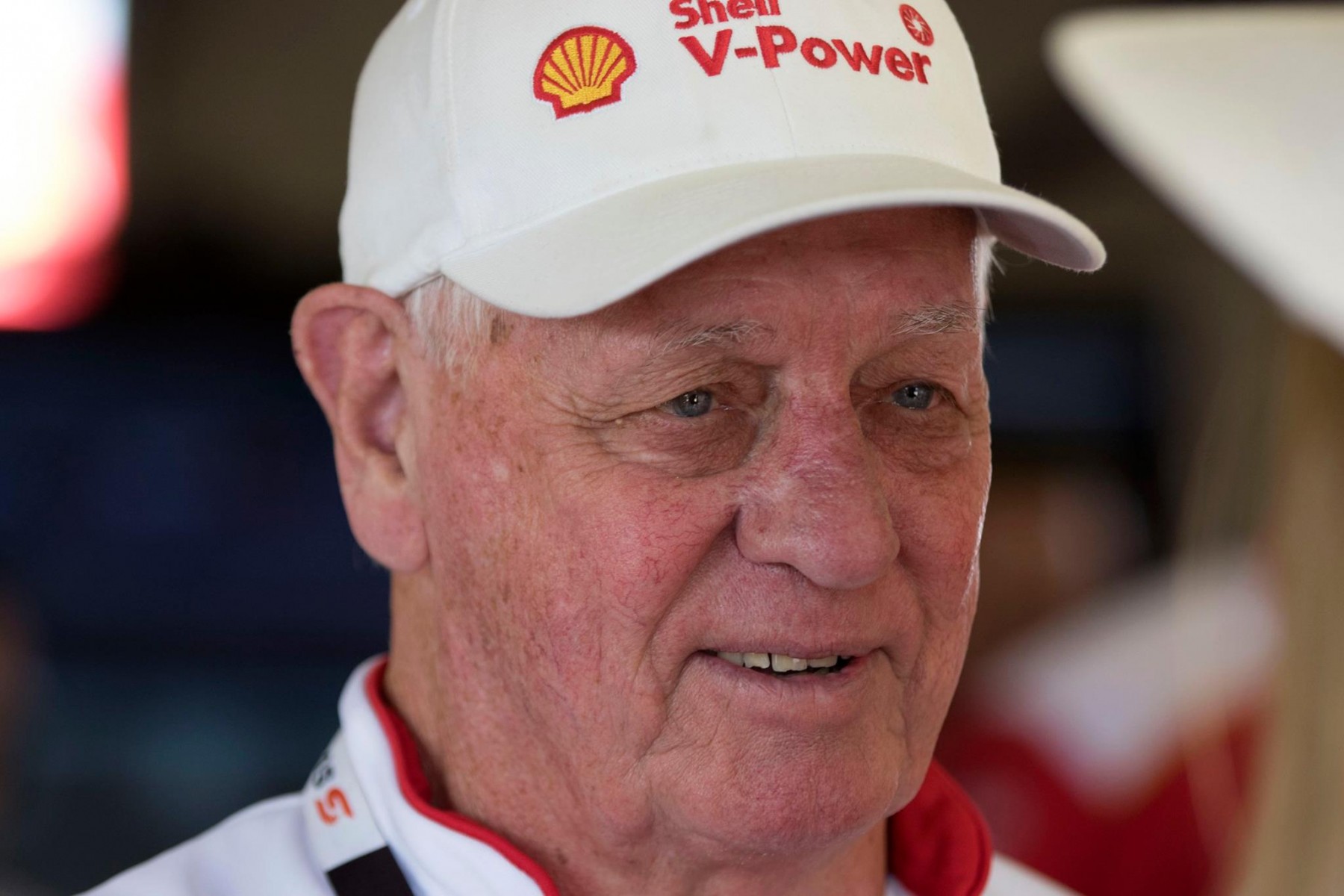 Victory in the opening race of the CrownBet Darwin Triple Crown was 20 years in the making for Supercars Hall of Famer Dick Johnson.

The Northern Territory circuit remained the only current Supercars venue – save for the new season finale in Newcastle – where Johnson’s team had not won prior to Saturday.

It broke the duck in spectacular fashion as Fabian Coulthard led home team-mate Scott McLaughlin to a one-two finish.

Johnson watched on proudly as his Penske-enhanced squad continued its scintillating run of form that sees Coulthard and McLaughlin currently sitting first and third in points.

The milestone victory coincided with celebrations marking the 20th year of Supercars racing in Darwin, which is widely regarded as one of the highlights of the calendar.

“It’s been a great event right from the beginning,” Johnson told Supercars.com.

“We haven’t had a lot of success here but this makes up for a lot of it.

“I was part of the advanced party that came up here before the first event when Shane Stone was the chief minister.

“I torched his (Ford) LTD around here with him in the passenger seat, fried the tyres and brakes and everything else which he just loved.

“The track has come a long way since those early years. I reckon there were 10 different bitumen surfaces here and they had the drag cars running down the straight.

“It’s a great little race track that produces good racing and it’s great to see it still so well supported by the fans and the government after all these years.” 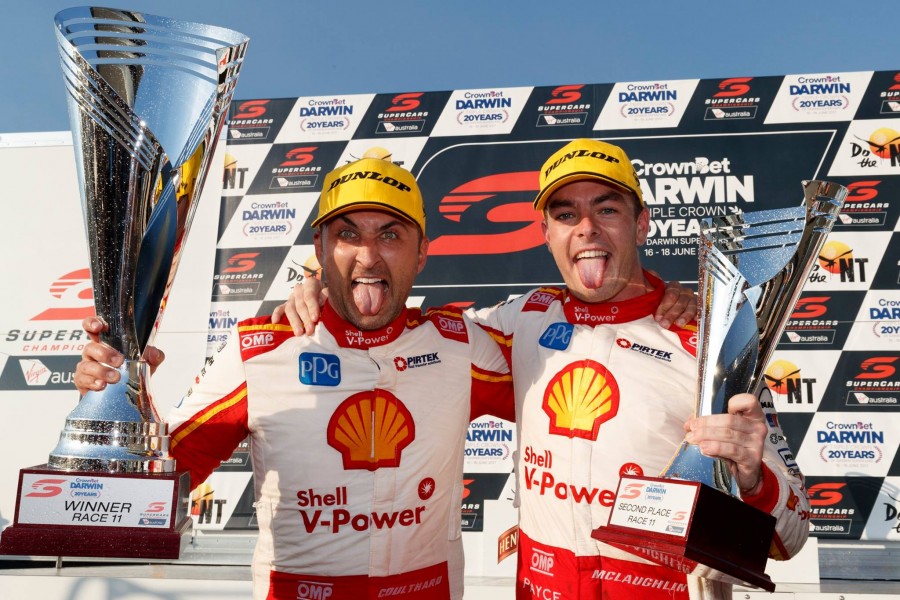 Johnson’s team hasn’t won a Virgin Australia Supercars Championship race at the Adelaide street circuit or Pukekohe, but found success at both venues in non-points races.

While Coulthard extended his points lead on Saturday and McLaughlin closed in on second placed Jamie Whincup, Johnson says it’s too early to start thinking about the title.

Respectful of the strength of the competition, Johnson says that the performance of co-drivers Tony D’Alberto and Alex Premat will have a significant bearing on the final result.

“I’ve always said that when you’re on top there’s only one way you can go,” he said of the championship picture.

“It’s far from done and I think the enduros will play a big role in the outcome of the whole thing.

“When you’ve got to rely on not only the pit crew but the co-drivers, it’s one of those situations you’ve got to make the most of it.”

This year is the first since the famous Johnson/John Bowe partnership in the late 1980s that the team appears likely to have two drivers fighting for the title.

While Coulthard and McLaughlin have quickly gelled as team-mates, Johnson stops short of declaring the duo as the squad’s best ever pairing.

“Things have changed so much,” he said comparing today to his partnership with Bowe, which was one of the longest running in the sport.

“Without blowing the bags of JB and myself, it’s a lot harder to make a mistake in these cars than it was in the old cars because they were never as consistent as these.

“They’ve got the cars working really, really well and the combination of the car and the driver is what’s doing the job at the moment.”