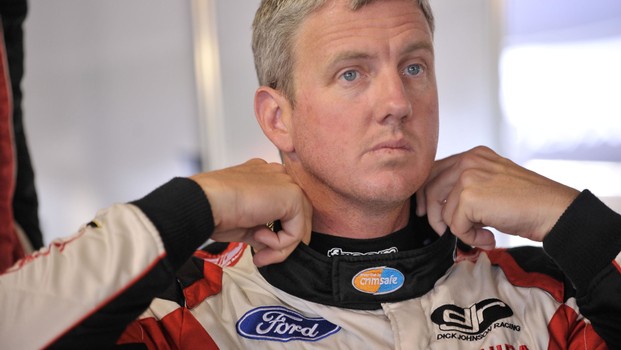 This morning’s announcement from ErebusMotorsport V8, declaring Steven Johnson as co-driver in Maro Engel’s #9 SPTools Mercedes-Benz E63 AMG may have shocked faithful Ford fans, but Johnsoninsists the move is the right thing for the future of Dick Johnson Racing.

The decision for Johnson to explore otheroptions was one made within the family team, involving Dick and executivemembers.

“We all collectively decided that going into the endurance races with a young group of guys this year would be beneficialfor DJR,” Johnson said.

“So that opened up the door for me topursue opportunities – and there were quite a few opportunities. Iwas happy to sign up with Erebus.”

Once he knew he was looking for a drive for the enduros, Johnson said he was fairly informal about seeking out opportunities and it was just about chatting to people up and down pitlane.

"I’m a very informal, easy-going person – what you see is what you get – and generally with me that’s how I like to dothings. Obviously things (are then) formalised and contracted."

Johnson is confident he will get plenty out ofthe experience of working with a different team – one within which he has a fewconnections.

Erebus team manager David Stuart isJohnson’s former race engineer – in fact, the pair was working togetherwhen Johnson won his first ever V8 Supercar race in Canberra in 2001. Johnson expressed excitement at having the chance to work with Ross Stoneagain and noted he had a good relationship with personnel at SP Tools as well.

“I’ve never been outside of DJR in a V8Supercar," he said.

“My whole career (in V8 Supercars) has been at Dick JohnsonRacing, so to get out into another team, see how they operate, I can hopefullytake a lot of experience and help make their car better between now andSandown… I don’t know what I’m going to learn or what I can take from it yet,but I’ll know more about that after my first test, or Sandown.

Johnson admitted he was concerned abouthaving too much on his plate at the endurance races with his role within DJR,and while he was clear he wasn’t making excuses for any of his pastperformances, it has been something he’s felt in previous years.

“There’s been ups and downs at Dick JohnsonRacing and I’m not making excuses for performances I’ve had, but I’ve alwayshad things in the back of my mind that may have been going on, and I have not beenable to concentrate 100 per cent on driving.

“I’ve loved every minute of what I’ve donehere (at DJR) and wouldn’t have it any other way.

“But to go into the endurance racesas GM (General Manager of the team) and drive – with everything elsethat’s gone on this year – would have been a big task for me. And that’swhy Dad and I, and the executive staff, have decided this was best for both ofus.

“I’ll still be here the weeks leading intothe races and doing whatever I can to secure DJR’s future, but on the weekendsI’ll be solely focused on doing the best job I can for Erebus Motorsport V8 andSP Tools.”

07/06/2013
Related Content
Steve Johnson Co-Drives with Erebus  ›
11/06/2013
15' Erebus Motorsport ›
2013 Wilson Security Sandown 500  ›
2013 Supercheap Auto Bathurst 1000  ›
2013 Armor All Gold Coast 600  ›
Stay In The Know
Sign up to the Virgin Australia Supercars Championship Newsletter
We use cookies to ensure that we give you the best experience on our website. If you continue to use this site we will assume that you are happy with it.Ok