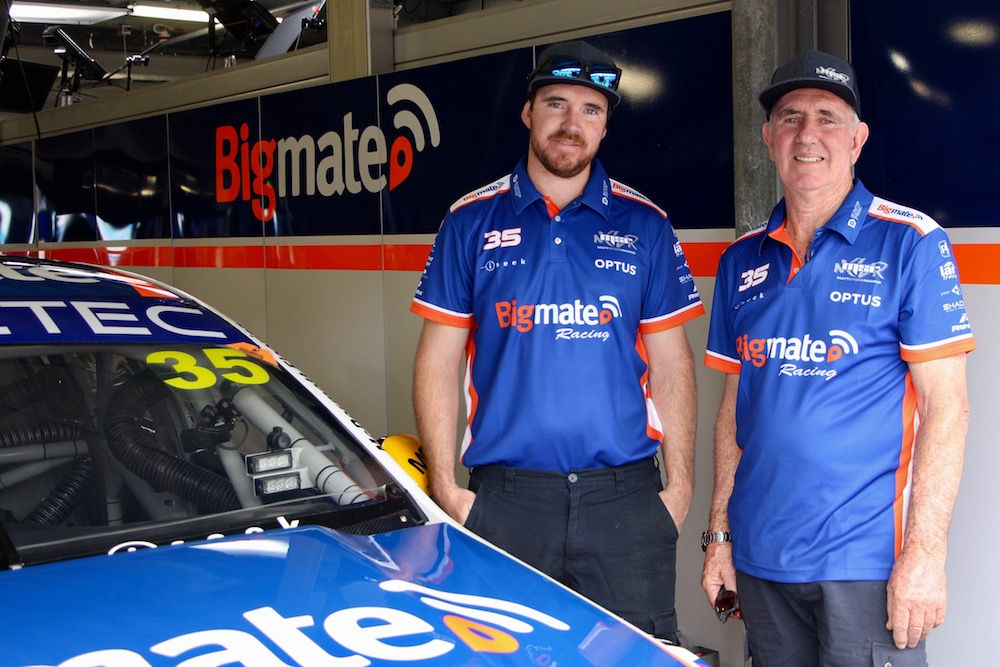 MSR has progressed to the Virgin Australia Supercars Championship with young gun Todd Hazelwood, having won the Dunlop Super2 Series together in 2017.

Jim Stone, now 71, was inducted into the Supercars Hall of Fame in 2016 following a career that included co-owning Stone Brothers Racing from 1998-2012 with brother Ross.

The team won Bathurst in 1998 and three championships from 2003-05, before eventually being sold to Betty Klimenko in late ’12 and transformed into Erebus Motorsport. 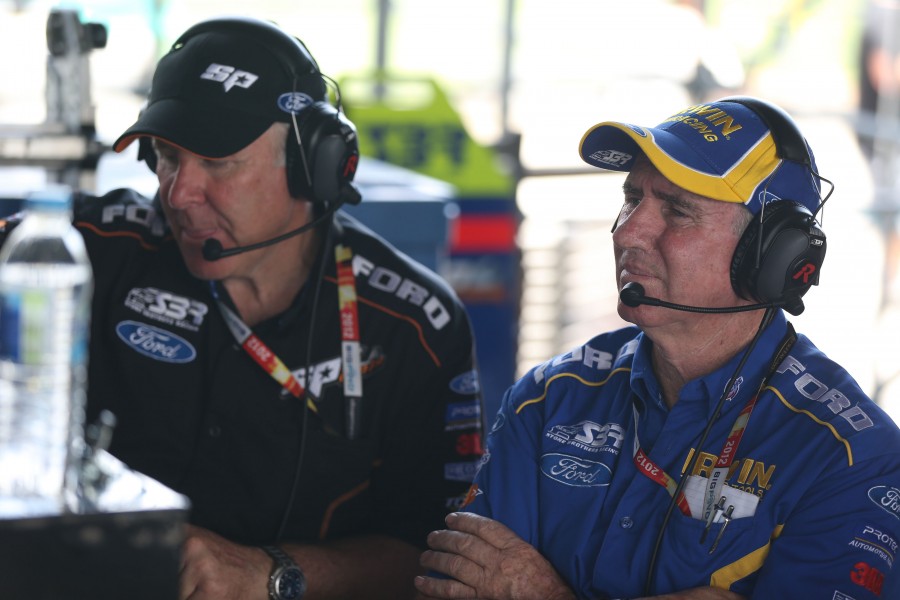 While Ross continued for two years under the Erebus ownership, Jim departed the main game, turning his attention to helping Matt’s burgeoning operation.

Matt worked at SBR as a mechanic before venturing out on his own in 2011, creating MSR as a single-car Super2 outfit.

Jim says he’s immensely proud of his son, whose team secured a Falcon from DJR Team Penske and use of Jason Bright’s Racing Entitlements Contract to join the main game. 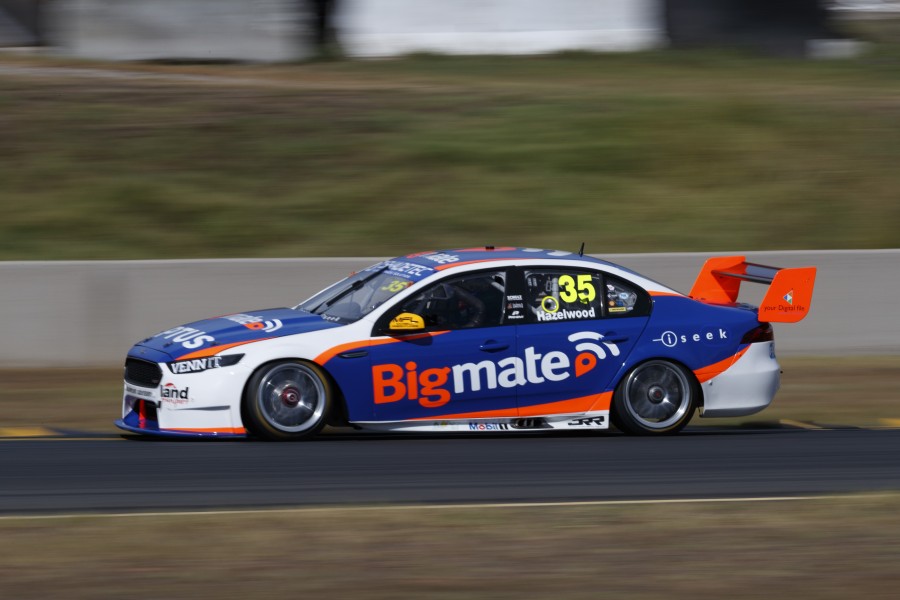 “It’s pretty exciting to be back. Matt has done a bloody good job to get this far, I’m very proud of him,” Jim Stone told Supercars.com.

“The most important thing is that he’s surrounded himself with good people. That’s always been my push. It’s about the people you’ve got.”

Typically, the veteran downplays his role in his son’s team, saying: “I’m only there in the background if they need me, but I’m pleased to be a part of it.”

While that is true at race weekends, Matt says his father is a vital part of the operation. 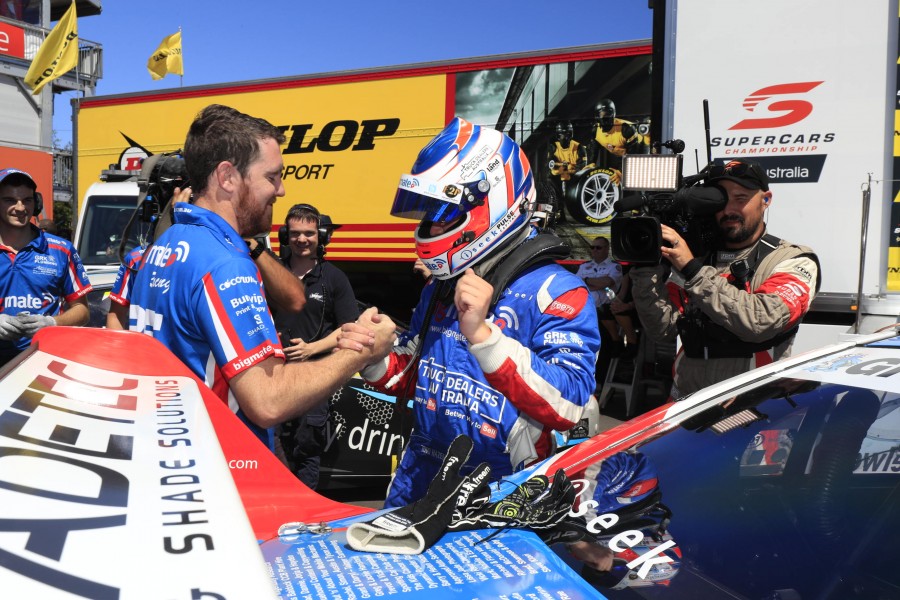 “Jimmy retired several years ago, but you wouldn’t tell. He’s still there running around in the shop, doing bits and pieces,” he told Supercars.com.

“The main operations and engineering he takes a step back, but as far as the general construction of the team, he’s very involved with me on that.

“He’s the first person I go to for advice on what we’re doing and what the right direction is before we make decisions.”

Matt credits his father with inspiring him to go out on his own in 2011, with SBR lending MSR its ‘05 title-winning Ford and some tools to get started. 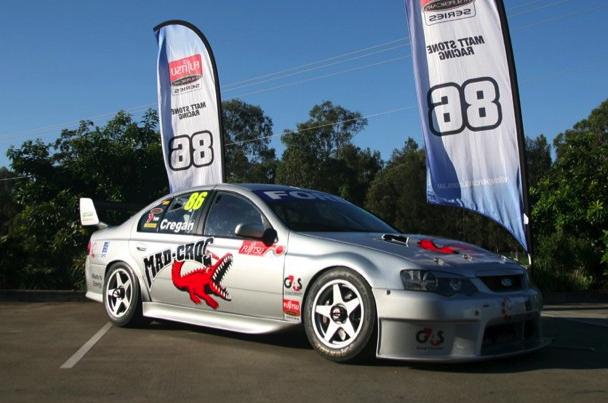 MSR started in 2011 as a single-car Super2 outfit

“When I stepped out and started all of this Jimmy was the big one behind it. He floated the idea and I ran with it. It’s definitely been a father-son thing,” explained Matt.

“I’d been in the main series [as a mechanic] since I was in high school, going on a decade at that point, so it was good for me to step back and play around in the other categories.

“After years of that you yearn to get back into the big league. It’s been a few years in the making.”

Matt agrees that he’s been able to develop a mix of his father’s technical nous and Ross’ business acumen. 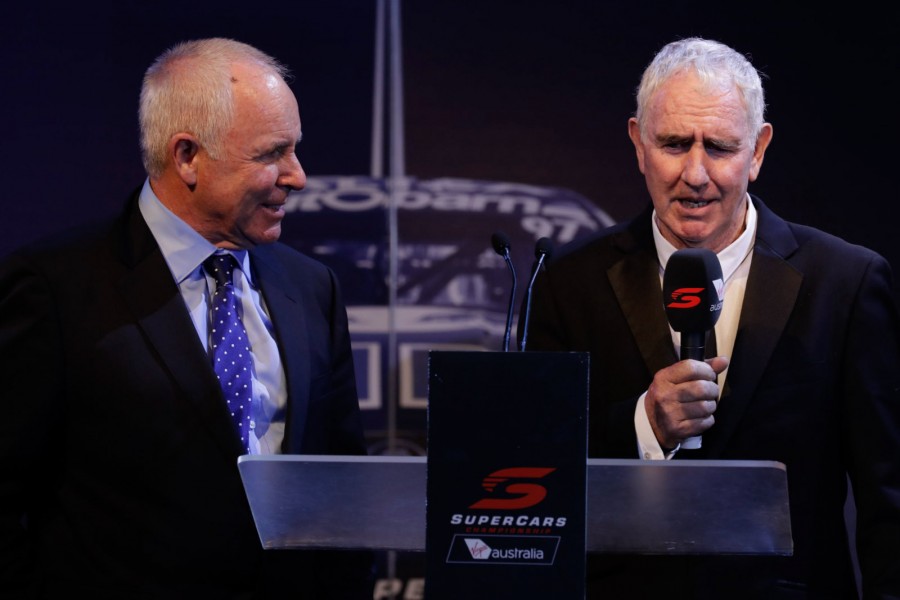 Ross and Jim Stone being inducted into the Hall of Fame

“The dynamic with him and Ross worked well. He was always about the racing, hands-on with the cars pushing the edge, and Ross was able to take charge with the office stuff.

“I try and do both. Some days I neglect one or the other, but I have good people around me.”

Those people include Brisbane-based IT specialist Jason Gomersall, who has helped bankroll MSR’s rise, and long-time Stone family friend James Rosenberg, who purchased the Ford from Penske that Hazelwood will race. 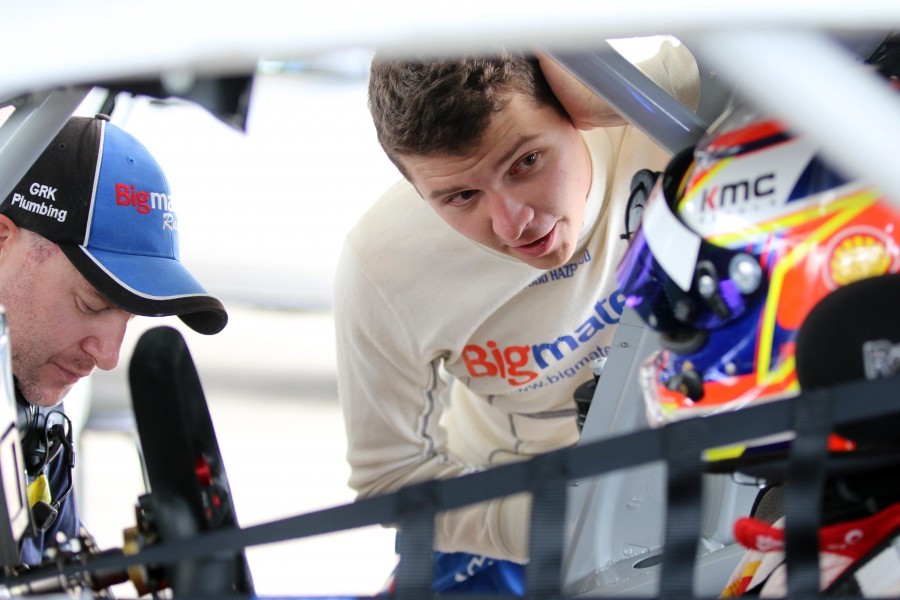 Jim Stone already had an association of sorts with Penske’s Supercars program, with the heavyweight team’s engine partner Mostech operating out of Stone’s ex-SBR facility since midway through last year.

“The opportunity to be able to do something with an outfit as professional as Penske is very exciting. They’ve been excellent to deal with,” he said.

“To be part of the Ford revival with Penske is an exciting part for me as well. I'm a Ford man through and though. I’ve got about 10 of them."

Alongside the blue oval, another of Stone’s enduring passions is seeing young drivers get their chance to shine, as evidenced by SBR’s record of giving young guns their big breaks. 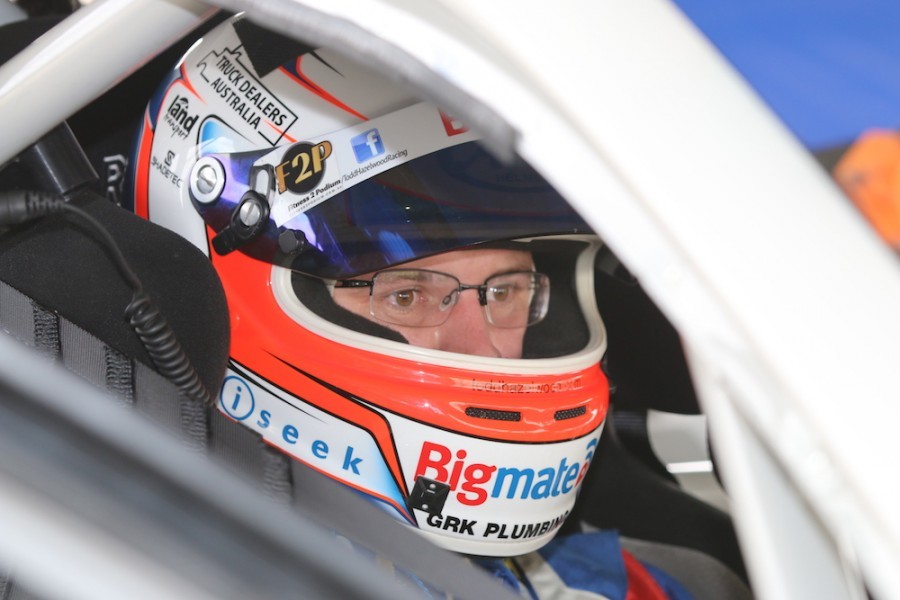 Mark Winterbottom and Scott McLaughlin were given similar opportunities with SBR in the second-tier before progressing elsewhere.

Jim is looking forward to seeing how Hazelwood and the other four rookies in this year’s field fare.

“It’s a learning curve for all these guys and some of them will come unstuck,” he said.

“With Ambrose, we sat on pole at the first race he ever did [Albert Park, 2001], and I think he hit everybody bar the pace car in that first race!

“Then I saw all the team managers heading towards the garage trying to find out what this Ambrose kid was up to and I got out of there! I left that to Ross. 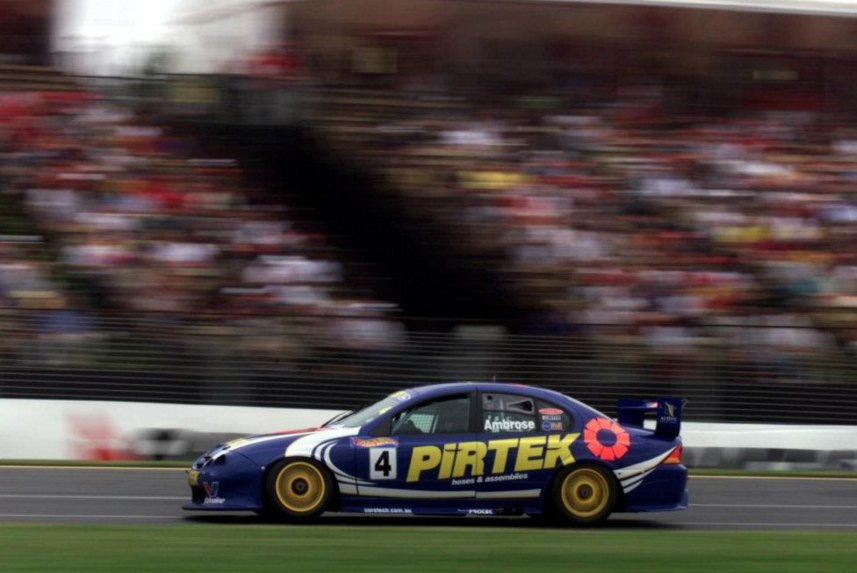 Ambrose at Albert Park in 2001

“We brought a lot of very good drivers through. Ambrose was a little exceptional and at the time we had him, to be honest, we just had the best engine.

“We worked so hard on that, because we were getting beaten so badly by Holden in every respect; [Mark] Skaife was running rings around us.

“Ambrose came along with enough skill to know what he needed to go fast and we produced a good package for him and he rewarded us.

“Todd has got every chance of being up there, but there are still some guys in pit road that’ll never win a race.

"The next little while will tell whether there are any new winners in this new lot.

“But this weekend is about learning, finishing and gaining respect. That’s for the team as well as Todd. We’ve got to grow up together now.”