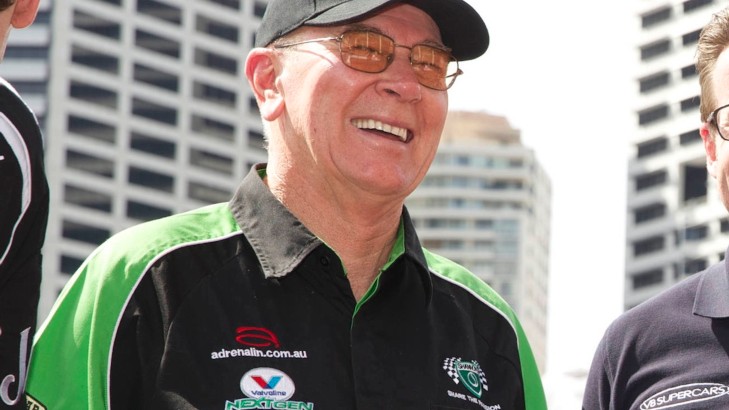 Speaking to supercars.com ahead of this weekend’s ITM Auckland SuperSprint, seven-time Bathurst winner Richards praised the Kiwi talent in the Supercars field, and declared his support for 27-year old van Gisbergen to trump perennial performer Jamie Whincup. He leads by 148 points with two rounds, with a max of 600 points remaining.

Van Gisbergen is hoping for a strong run this weekend at the penultimate round at Pukekohe, and Richards – who won back-to-back ATCC titles in 1990 and ’91, two of his four championships – believes all Kiwi drivers will challenge this weekend.

“I think he’s gone fantastically well and is using his head,” Richards said of van Gisbergen.

“I don’t think Jamie will be able to catch him unless he has a complete mechanical failure of some sort. He’s just got to hang on, he’s got about 150 points for his lead, I don’t think he will lose it.”

The Red Bull racer has only recorded one career win at Pukekohe in a Supercar in 2014, but always poses a threat at the Auckland circuit.

“He’s fast everywhere, which is why he’s so good,” Richards said simply.

Van Gisbergen also has his eye on the Jason Richards Memorial Trophy on offer this weekend, which a New Zealander is yet to win after three years of competition.

Volvo’s Scott McLaughlin, DJR Team Penske’s Fabian Coulthard, and New Zealand team Super Black Racing’s Chris Pither – who have all earned ARMOR ALL Pole Positions this year – could very well spoil the party though, particularly given McLaughlin’s dominant performance on hard tyres at Phillip Island earlier this year and past performances at Pukekohe.

Along with those front-runners, Richards also noted Lucas Dumbrell Motorsport’s Andre Heimgartner as a strong performer, as well as pro driver Richie Stanaway, who paired with Pither and impressed throughout the Pirtek Enduro Cup.

“I think it’s exceptional,” Richards said of the Kiwi talent in Supercars.

“Every country has a couple of drivers, but the Kiwis – for their population, which is just over four million – I don’t know why, but there’s so many drivers that are good and come over here and show they’re just as good as anyone.

“They certainly could (all be pushing for the win) and are looking good. Heimgartner is doing a good job for a young guy … and Richie Stanaway has obviously got a lot of talent as well.”

Richards is humble about his achievements, and still looks fondly back at that last title win, which is 25 years ago now. He steered a Nissan GT-R for Gibson Motorsport in the nine-round championship.

“Certainly, any championship or Bathurst you win is terrific,” he said.

“Proud isn’t the word I’d use but it’s a sense of achievement, beating the opposition.”

Fans regularly see the 69-year-old at Supercars events contesting the Touring Car Masters category – and running up the front.

Richards’ last Bathurst win was in 2002, 11 years after his last title, with son Steven Richards winning last year at Mount Panorama in the 1000 as co-driver for Craig Lowndes.