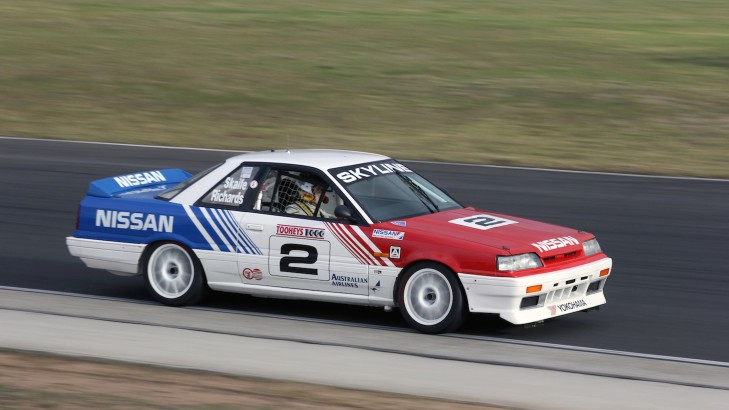 Australian Touring car racing legend Jim Richards will headline the appearance of Heritage Touring Cars that will feature in demonstrations backed by Shannons on each day of next weekend's Sydney NRMA 500 at Sydney OIympic Park.

The four-time Australian Touring Car Champion and long-time Shannons ambassador will drive the Nissan Skyline GTS-R that he used for the majority of the championship season in 1990 - the year he won his third of an eventual four titles.

Richards purchased the car a few years ago and races it regularly in Heritage Touring Cars, a category that features certified and log-booked Group A and C touring cars that competed between 1973 and 1992 and races under the 'Legends of Bathurst' banner.

More than 20 cars will be featured on-track at the event from the turbocharged Nissans and Ford Sierras of the international Group A era to the V8-powered Commodores, Falcons and Toranas that typified the Aussie-based Group C rules.

Sydney's David Gardner will appear in his recently restored, ex-Alf Barbagallo, Perkins-built Commodore Group A VN, while other cars to feature include an ex-Colin Bond Caltex Sierra, ex-Jim Richards BMW M3, ex-George Fury Nissan Skyline, a range of V8-powered Commodores, Falcons and Toranas from Group A and C and even an ex-privateer Volvo 240 Turbo.

"We're all about passionate people who are passionate about their cars and some of the most passionate are in the Heritage Touring Cars category. The class is essentially an Australian touring car racing history lesson on wheels and seeing them on track in Sydney will bring back plenty of memories for many fans."

The Heritage Touring Cars are just one part of the on-track action over the December 5-7 Sydney NRMA 500, with the V8 Supercars Dunlop Series and V8 Utes racing alongside the Championship series, and including dispays from Showtime FMX, Aussie Bandit Wheelstanding Ute, JCB Backhoe and Isuzu Team Bandits.

Click here for more information and tickets the to event.