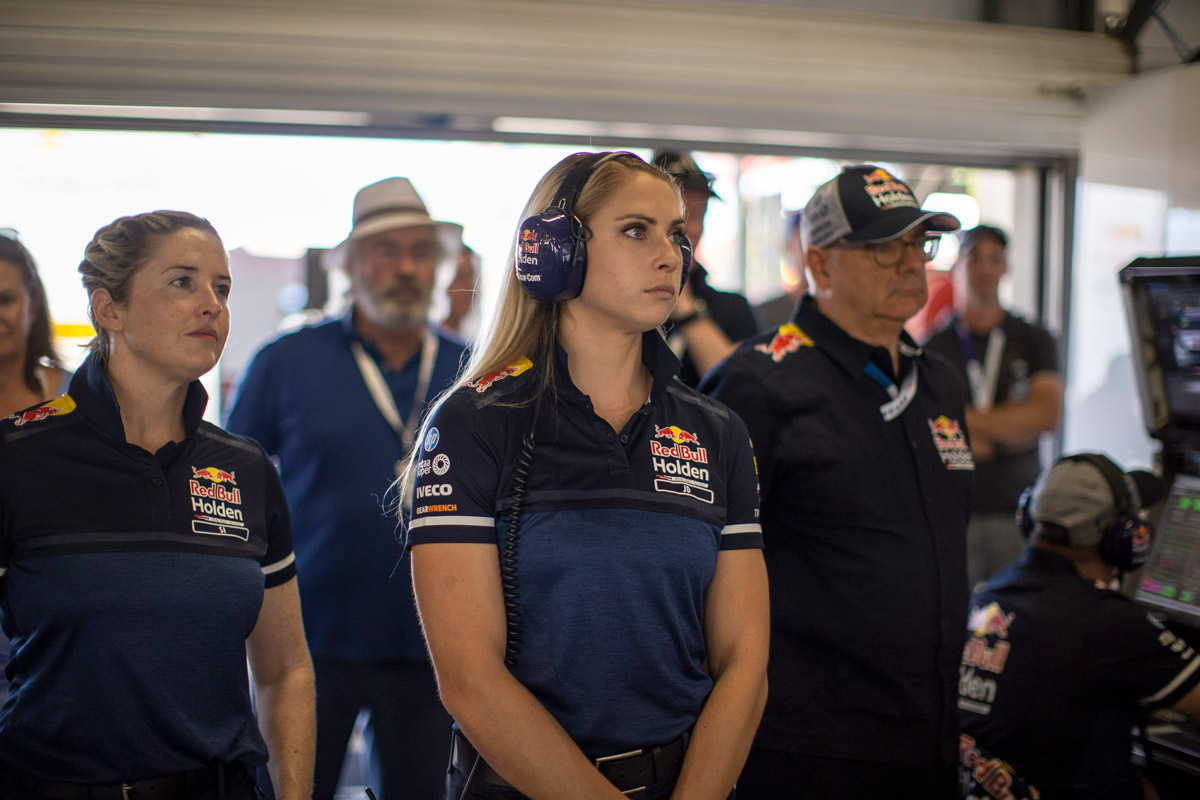 It was a cold, wet day at Silverstone in 2011 when things became clear for Jess Dane.

She had driven out to watch the British Formula 3 finale on no sleep, having pulled an all-nighter glued to the TV as the Bathurst 1000 took place on the other side of the world – only for her father’s Triple Eight team to fall heartbreaking short of victory.

It’s almost ironic that she had watched around the clock, having developed a knack of falling asleep as start lights went out and waking up as the chequered flag drops since her childhood days watching Roland race.

“The sound of race cars and engines in general has been putting me to sleep since I can remember – but for the right reasons, because it’s soothing, not because I find it boring,” Dane explains to Supercars.com.

Dane had already had a taste of Supercars during a gap year spent Down Under. She’d returned to the UK in 2009 to study journalism at the University of Bournemouth but was uncertain of what exactly her dream job would entail.

Then it hit her.

“I was sitting in the grandstands in the pissing rain, freezing cold, thinking ‘I really like this sport. I really like watching cars go round in circles, so why the hell am I not doing this in Australia?’” she recalls.

“That was one of those moments where everything seems clear.

“Driving back from Silverstone, I remember thinking as soon as I get back to my sister’s, I’m texting RD to tell him that we need to start working on my visa to come back to Australia.”

For those playing at home, RD is how she addresses her father. That’s the way it is. 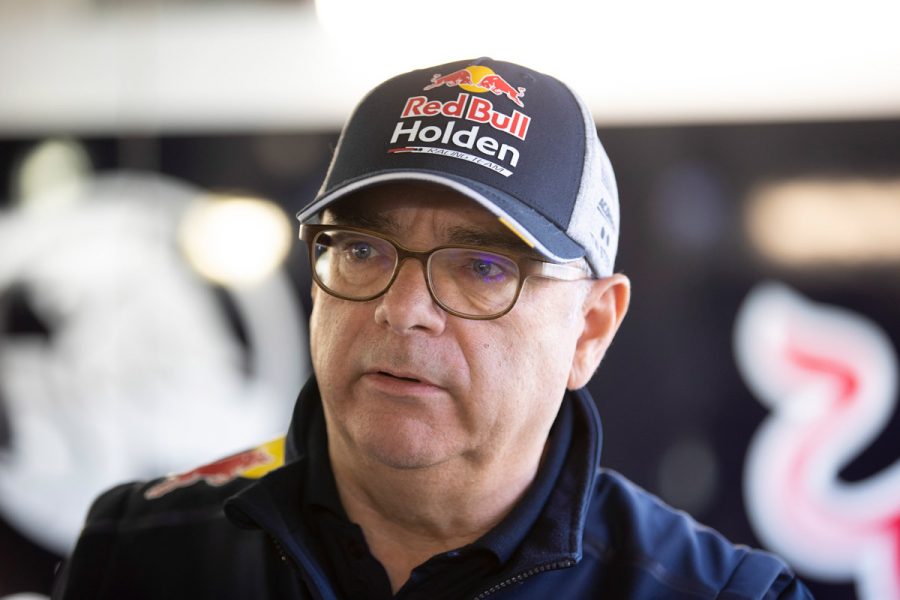 In September 2012, she hopped on a plane headed for Brisbane and would not look back.

To lay the foundations of this journey; Dane was born in Surrey, England. She spent her initial days in intensive care overcoming a collapsed lung.

Her parents would later split; her father and his Triple Eight organisation moved to Australia, taking over Briggs Motorsport during the 2003 Supercars season.

For a while, Dane – much like her older sister Alexandra – cared more for horses than anything else.

Having vaguely followed Supercars from afar, the 2007 Desert 400 at Bahrain was a pivotal moment as she experienced the sport in person for the first time.

“I absolutely loved it. It kind of reignited the motorsport blood that I guess runs in my veins that I had lost touch with for a few years while I was a teenager,” she says.

Upon turning 18, she spent that 2008 gap year with Triple Eight working in sub-assembly of all places, as her father figured to “take me down a few pegs”.

She wouldn’t have had it any other way, thriving on getting her hands dirty putting together gearboxes and what not. It only cemented her true passion for motorsport. 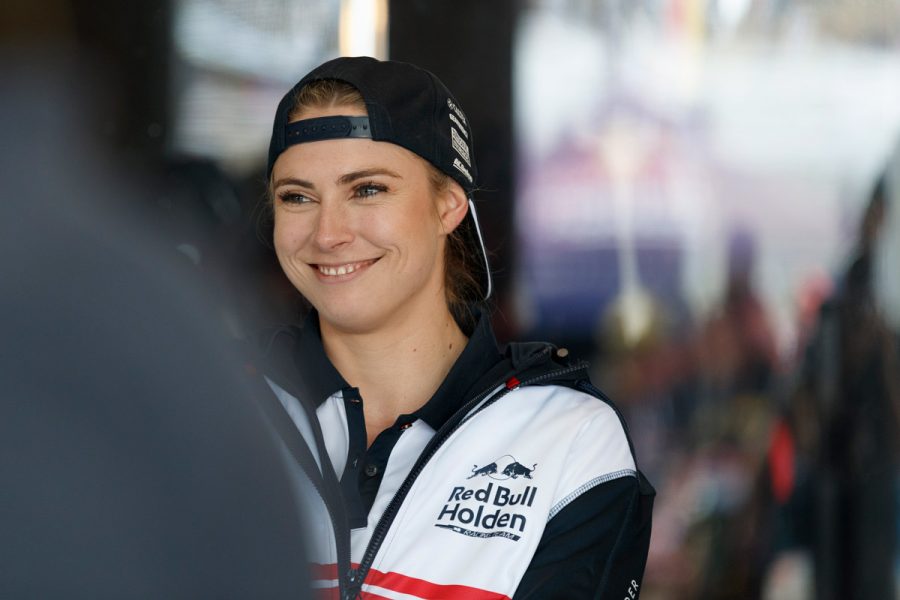 You see, some in family businesses perhaps have it easy. Life handed to them on a platter.

Not Dane; she’s simply cut from a different cloth.

When she made the trek to Australia in 2012, there was no guarantee of a job.

“In fact there was a while where we were trying to line up jobs with other people and I was out there putting the feelers out to work with other companies,” she adds.

Would she ever have worked for a rival team?

“They wouldn’t have had me. There is no way another team would have given me a job, within Supercars that is,” she laughs.

“I don’t think another team in pitlane would ever want a Dane.” 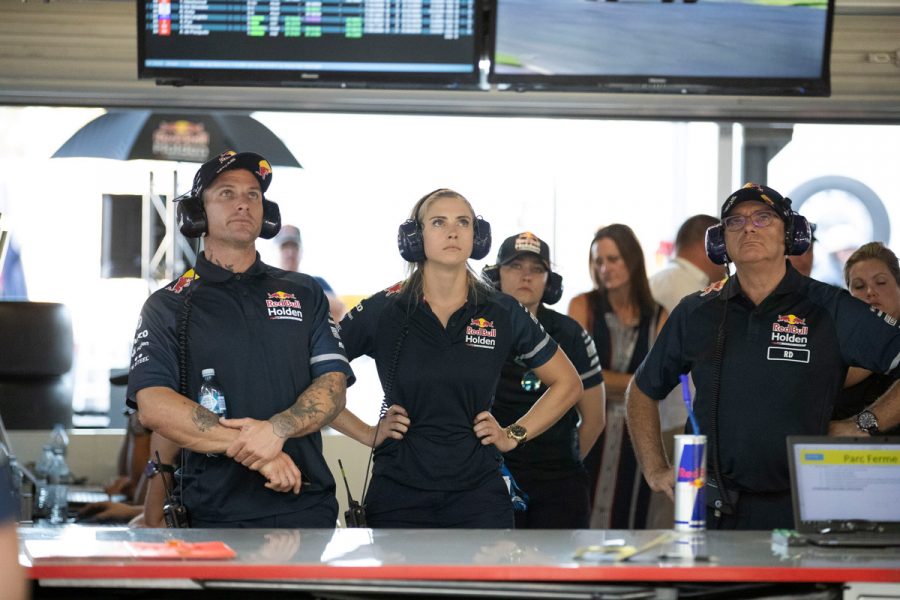 She ultimately landed a role as Triple Eight’s media and PR manager as they crossed over from Vodafone backing to the more publicity-orientated Red Bull brand.

The 29-year-old has bounced around in different capacities over time, now working in commercial operations. That covers a wide range of fields from servicing team partners to co-ordinating ride days.

As if that wasn’t enough, she’s also studying law full-time – not to become a practising lawyer, but rather to add another string to her bow.

“In 2018, I mean it’s no secret now that we had been working on getting Simona [De Silvestro] into the car when Craig [Lowndes] was due to retire,” she says.

“If that had come together, then that would have changed my role quite significantly within Triple Eight but when that fell through, I felt like I needed to challenge myself in a new way.

“Not to say that I wasn’t learning anything new… but whenever I feel that I might be getting a little bit stale, I like to throw myself in the deep end into something else. 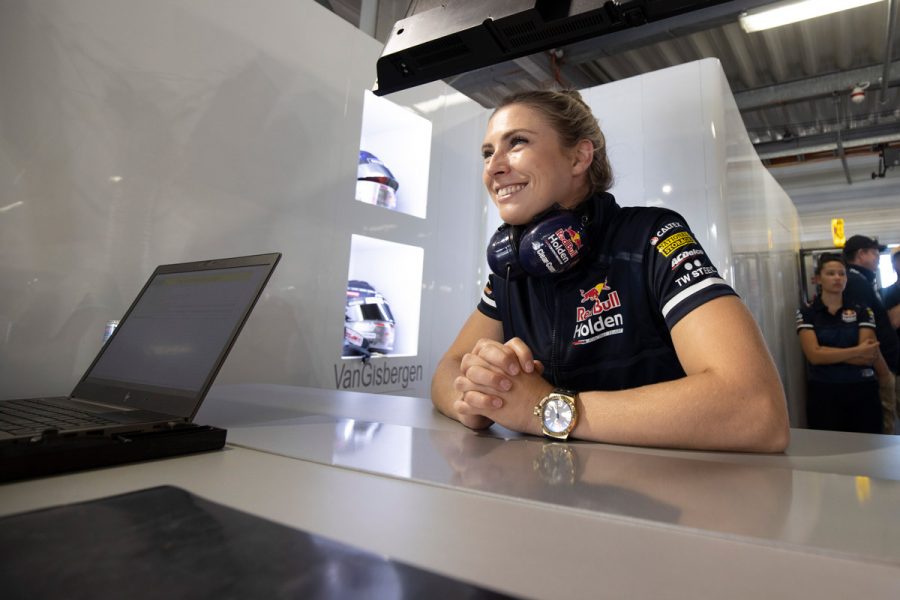 “Studying law… it was one of those moments where I woke up one morning and was like ‘I’m going to study law’.

“When I get those gut feelings – they don’t happen very often – but when I get a gut feeling like that, I have learnt over my almost 30 years on this planet that I need to follow it, and studying law was definitely one of those.”

It’s not her first time delving outside of motorsport since setting up camp in Australia.

“In 2015 I had this thing that had been hanging over my head for a bit that I didn’t want people to think that I was involved in motorsport and at Triple Eight just because my surname is Dane,” she says.

“So I felt this overwhelming need to go and prove myself in another field and do something different.

“I went and did TV production for six months or so in 2015 and I learnt so much, not only about a different industry but also about myself and one of those things was a reminder that I moved back to Australia to work in motorsport and that’s what I really love doing.

“Nine to five in an office does not suit me at all.” 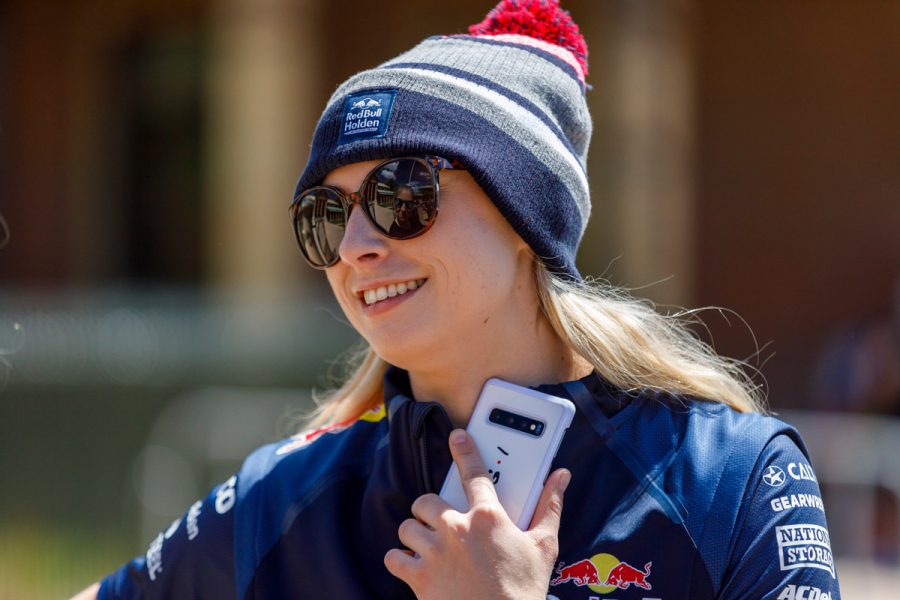 It was during that time away, however, that she became a shareholder in Triple Eight.

For many, Dane Jr and seven-time champion driver Jamie Whincup are seen as the long-term successors once Roland decides to call it a day. Whincup bought a stake in Triple Eight in 2018.

“To an extent, before COVID, there was definitely a feeling that potentially Jamie and I could be working together in the future in some capacity with Triple Eight post-driving,” she says.

“That was always an option but now that we live in this weird world that’s affected by a pandemic, nobody really knows what the future is going to hold.

“So yes, Jamie and I are still very much involved in what Triple Eight might look like in the future but the truth is a lot of it has come back onto RD to work out how, as a race team and as a business in general, Triple Eight can stay viable into the future.

“Because he’s got the best head out of anyone to work out how we make the business sustainable into the future.”

Oh and for the record, two key highlights stand out for Dane from her time thus far at Triple Eight; the first being on the pit wall as the powerhouse team completed a Bathurst three-peat with Whincup and Lowndes at the wheel.

It was her first visit to the Mountain.

The second is Whincup’s triumph in the thrilling 2017 title decider at Newcastle: “Nothing will ever beat that feeling of sheer disbelief at how that race played out… I never thought a human could possibly experience that range of emotions.”