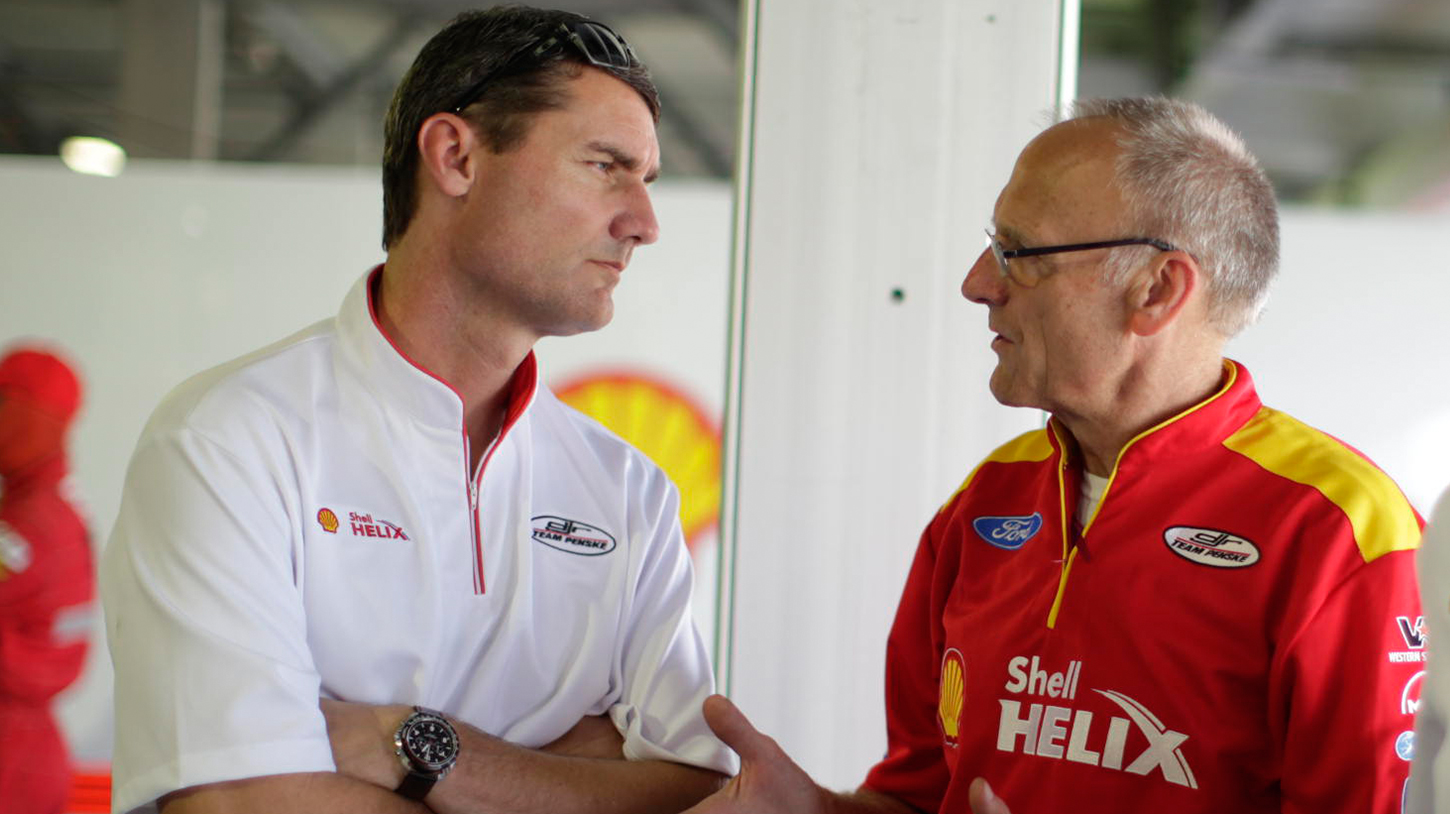 American Jeff Swartwout is set to leave DJR Team Penske after a two-year stint as team manager, seeing through its transition following Roger Penske's investment in the Queensland outfit.

Swartwout’s position will be replaced internally, with crew chief Ben Croke set to step into the team manager role.

Supercars.com caught up with Swartwout prior to his return to the USA to reflect on his time with DJR Team Penske and the Virgin Australia Supercars Championship.

When you arrived at DJR Team Penske you described yourself as bullish, but you recognised the competition. You talked about ‘the long path ahead of us’. When you said those words, did you see a path the way it has unfolded?

The big dynamic that has changed from where we are now to 2015, which was really the first building year, is that we’d gone from one to two cars, and it’s not a straightforward ratio.

To go from a one car team to two is not simply doubling it. It’s much more complicated, and that really has proved to be a challenge.

But like anything there’s good and bad from it. Going to two cars has helped us mature quicker than it would with one, for sure. You get twice the amount of information. The trick then is to interpret the information you’re receiving.

I think from an overall perspective, we’ve certainly moved forward. Understanding the rules of the game and when we came down here as newcomers, we were handicapped to an extent with a lack of testing and tyres. We all understand that. Is it a fact? Sure it is.

We’re up against some well-established and well managed teams. Really good drivers and we’re still really in the building phase.

Again, there’s a saying, ‘the trouble of instant gratification is that it takes too long’. I think we all suffered those feelings.

Certainly, we had hoped for better results. I think everyone is disappointed we haven’t won a couple of races.

Does your departure symbolise or reveal a change or a point reached here? Or that your set of skills are more needed somewhere else in the organisation?

In broad strokes it’s all of those. My brief to come down here was quite clear. To instil a lot of the Penske procedures and policies within the company as well as to setup the infrastructure internally in terms of operations, personnel, plant facilities and those sorts of things.

Certainly, the investment Roger has made in the team over the past couple of years has certainly enhanced the operation as a whole. There’s no question about that.

It’s like anything, once you’re involved in a project, you can’t help but want to take ownership if you will, play a big part and do what you can to build the foundation to go to the next step. I think that’s where we are. 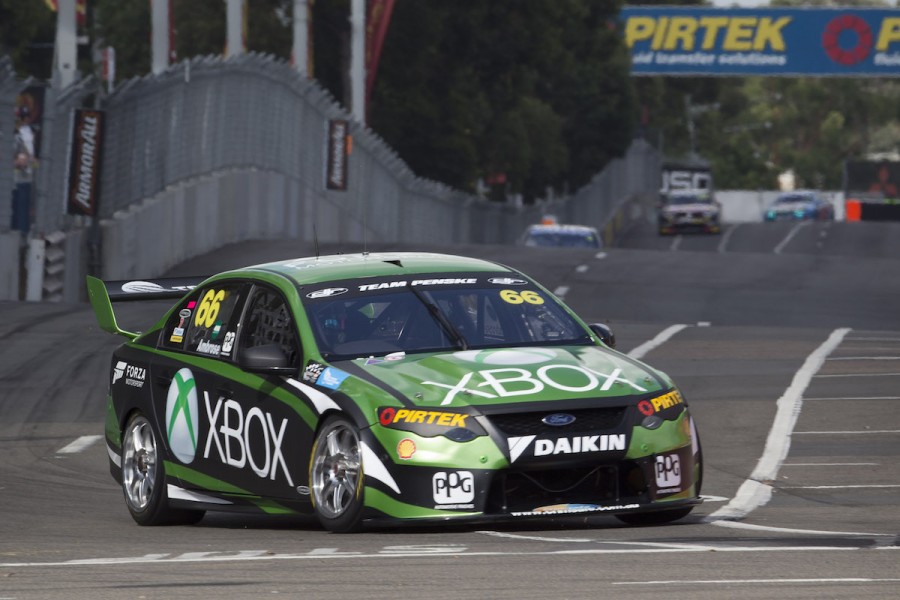 You depart without what you hoped for (a win). Do you go feeling that the job is unfinished or do you go confident that bullish expectation is still in your mind?

I think it’s both. I’ve invested a fair amount of equity in the project.

You mean, personal and intellectual equity?

Sure, yeah. I’m no different to anyone else. I want to do well and certainly don’t want to disappoint Roger or the partners they represent, but it is not something you can conquer in a year or two.

Did that take you by surprise? You said exactly the right things in 2014. You recognised the level of completion, that it’s not an easy road to go down. But did the level of competition surprise when you got into it up to your elbows?

Did it take me by surprise? No. Not that I had spent a lot of time beforehand knowing a lot about Supercars. But it was clear after attending Bathurst and a lot of the races back and forth, and where the team was at that time, it was clear it was going to be a big project.

I think that when I look back and say well, ‘where are the positives in all this?’, they actually outweigh the negatives, in spite of the lacklustre results.

The results are determined by what’s behind them. That’s what we’re continuing to evaluate and understand.

There were a couple of on-track highlights over your time here. Are they what stand out to you, or is it other achievements we don’t see back at Stapylton?

The results are obviously important. For me personally, the results are expected. When you come up short, that’s where the soul searching and the ‘what are we going to do now?’ comes into it. It’s a really fine balance.

It’s very easy to overreact and cause more damage than to take those five or 10 seconds and go, ‘okay, what does make the most sense here and what’s the best for the group?’ It’s a balance.

It’s easy to tip the table upside down and I’m sure everybody has been tempted to do that, but it’s probably not in the best interests of the group. 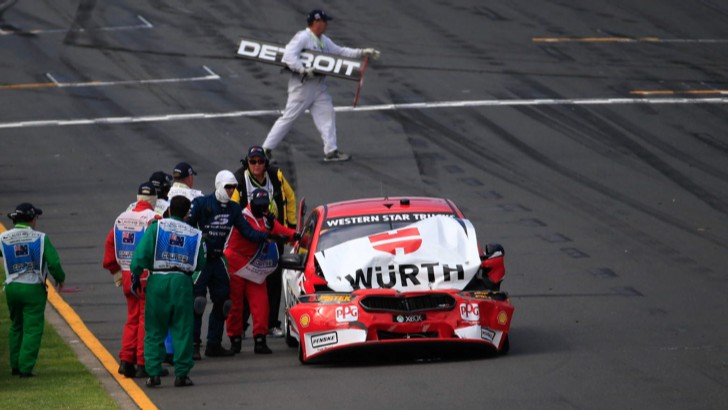 Marcos Ambrose’s decision to step out very early in the program, did that impact?

Did it impact? Oh sure. Marcos is a very charismatic character. Heck of a driver and his record speaks for itself.

I think, and not speaking for Marcos, this is my 1,000 ft observation, the race at Melbourne alongside the Grand Prix, it was too many problems. I think that probably took the wind out of his sail, and understandably so.

The expectations and all that, to have those things happen, I don’t care if you’re Superman. It’s going to haunt you.

With your international and widely spread experience in racing in different categories, do you see areas where this one could be tinkered with or improved? Things that stand out to you about it.

As far as the administration of the series and the racing, I don’t know how you can improve it. The competition and the venues for the most part, the fans, all of that stuff is as good as I’ve seen anywhere.

It’s just always harder when you’re not as competitive as you want to be. We want to be up there arm-wrestling with Red Bull and the other consistent front-runners.

I suppose that’s the thing that keeps us going, because you look at it and it’s not like we’re a mile away. But it’s those extra few extra rubs that get you there.

There’s a lot of desire in pitlane looking at you guys as the ones to bridge the gap. You’ve embarked on a massive program. You’re bringing an underfunded customer team, which is what it was, up so far because you’re developing a bespoke racing car within the framework of a controlled technical environment. That’s the way you have to go if you’re going to get on terms with a team like Triple Eight. Is that fair to say?

Absolutely, and to their (Triple Eight's) credit, stating the obvious, they have done a great job. Again, it’s something that happens with a year or two.

I think we feel we’re probably behind schedule. It’s something hopefully for 2017 will be addressed. I’m confident it will be.

Did you spend a lot of time communicating with Tim Cindric and Roger Penske, explaining why these things are happening?

Not really. Ryan (Story) is the conduit for those discussions which makes sense. There’s one filter and one clean line.

When Roger and Tim are in the country at a race meeting, we’ll sit down and they certainly ask the hard questions. I don’t know too many people that are more competitive than those two.

With Roger’s investment, the success they had back in the States, we’re very much on their radar.