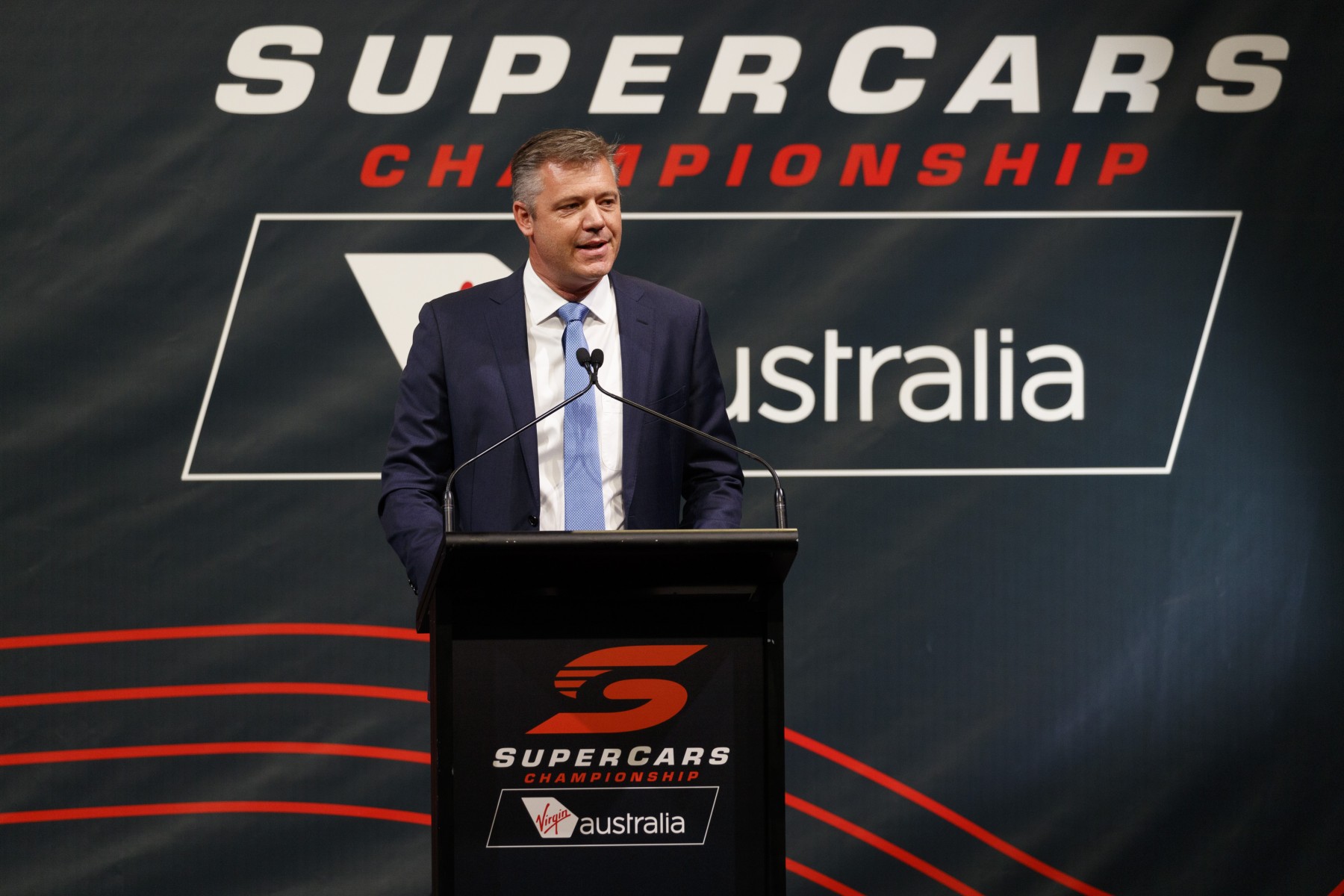 CEO James Warburton has announced his decision to depart the Virgin Australia Supercars Championship at the end of the current season.

Warburton has confirmed his impending exit to the company’s stakeholders this morning, four years and five months after taking on the role.

In an open letter, Warburton described the opportunity to lead Supercars as “an honour and a privilege”, acknowledging the passion and commitment displayed by those within the industry.

A former executive at the Seven and Ten television networks, Warburton’s tenure at Supercars included a landmark, six-year media rights deal with Ten and Fox Sports that began in 2015.

The deal was part of efforts to restore financial strength to the teams, which have collectively owned 35 percent of the business since Archer Capital’s majority buy-in midway through 2011.

Warburton, whose reign has also featured a string of sponsorship and government deals, including securing a new season-finale in Newcastle from 2017, says he’s pleased to be leaving the business in robust financial health.

His next appointment, and Supercars’ plans to search for a replacement, are yet to be confirmed.

With a heavy heart, I advise the 2017 season (and year) will be my last as CEO of the Virgin Australia Supercars Championship.

It has been an honour and a privilege to work with such inspiring people within the Supercars family and to lead a sport of which I have been a fan since the age of five.

I am truly in awe of the passion and commitment across the entire industry and the dedication to entertain our fans and am blessed to have made a host of lifelong friends from the experience.

On day one, 14th May 2013, I penned an open letter which focused on my clear priorities for the business:

1. Return financial performance of the business to historical levels and increase distributions to the teams as quickly as possible
2. Return entrepreneurial thinking and deal-making to the business and forge a growth strategy for our future
3. Return united purpose and clarity to all stakeholders with common goals.

It is fair to say the sport is in great health, we have achieved so much with unity and, more importantly, the path is set to raise the sport to even greater heights.

Every single metric from EBIT, team distributions, crowd attendance to media numbers are well up and the fans continue to vote with their feet.

Supercars is by no means a one man show and the sport remains in the very best of hands. There are far too many highlights to mention and people to thank to list them individually.

The experience, depth, expertise and skill of the current leadership group in managing Australia’s third largest sport, the biggest major events in most states each year, the best touring car Championship in the world and an incredible business is simply world class.

I am proud to have led a management team which has executed a very strong growth strategy, with the administration finalising a record number of agreements for the sport in the past four and a half years.

Equally, the staff at Supercars are some of the most committed and dedicated people I have ever worked with. We are very lucky to have them and I know they will continue to punch above their weight and create the perfect canvass for the teams and drivers to entertain our fans.

I thank the shareholders for letting the management team execute and deliver on the plan. I thank Board Chairman and Archer founder Peter Wiggs and his team for their support, trust and counsel and I thank the team owners for their belief and unity. As I have said many times, I would not and could not do the role without the absolute support of the teams.

For now, we have a season to finish and finish well. I look forward to an epic Championship battle and three big events to finish strong at the Gold Coast, New Zealand and Newcastle.

In 2018, your number 1 fan will be sitting opposite pit lane, finally in shorts and a t-shirt with his family, cold beer in the hand cheering you all.