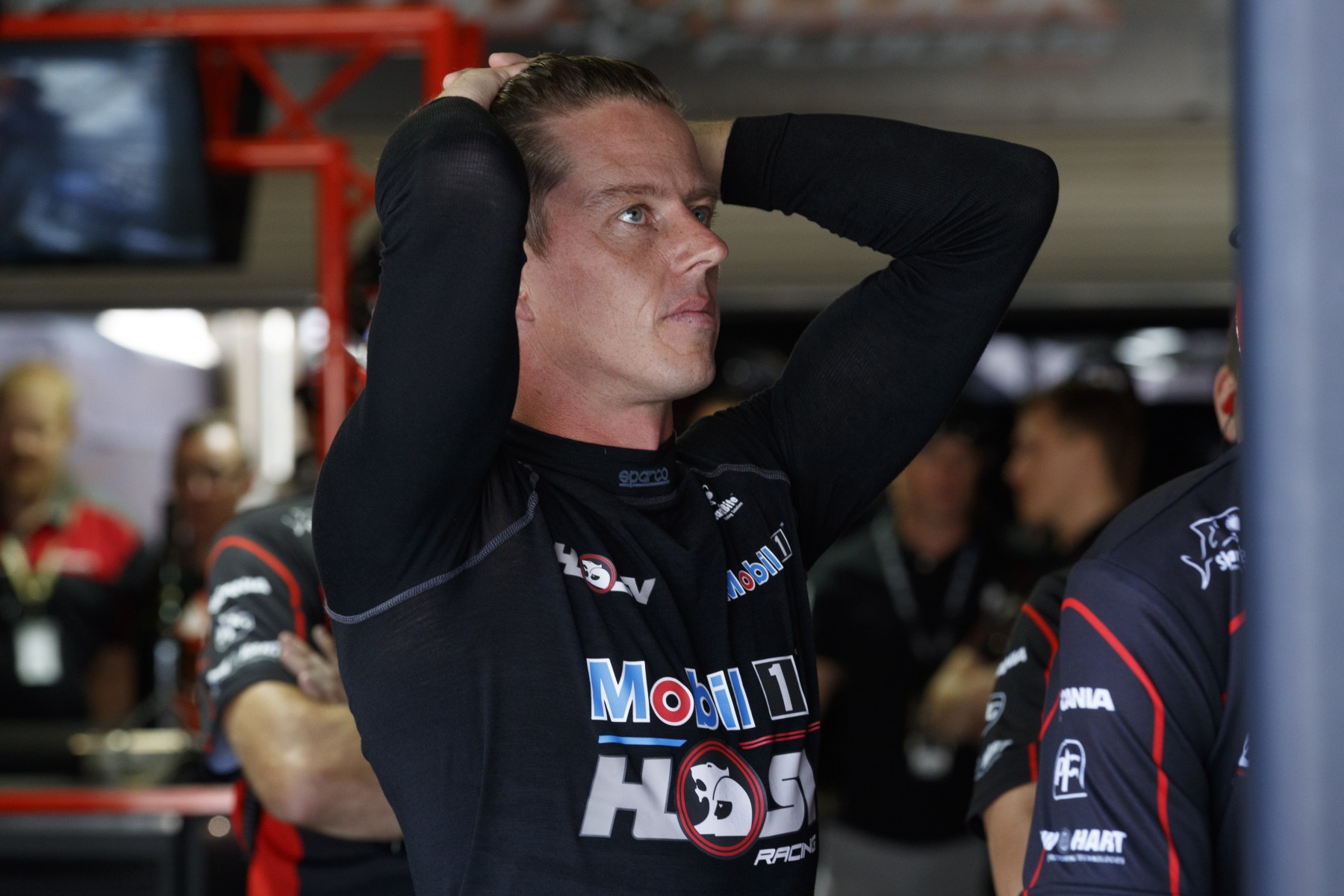 James Courtney has opened up on the emotional moment he turned his back on racing overseas to pursue a career in Supercars during an extensive interview on Inside Supercars.

Courtney emerged as one of Australia’s leading Formula 1 hopefuls in the early 2000s after winning two karting world titles, the 2000 British Formula Ford championship and securing a test driver role with Jaguar F1.

However, a major F1 testing crash at Monza in 2002 left a physical impact on Courtney and prompted him to shift his career to racing in Japan.

After success in Japanese Formula 3 and the local Super GT series, a conversation with advisor Neil Crompton in Australia revealed the moment Courtney’s desire to return to Australia outweighed opportunities overseas.

Crompton revealed the emotional nature of the decision for Courtney during the extensive interview for Inside Supercars, which airs tonight on Fox Sports 501.

“I've had proximity to you for quite a long time and you did want to get out of Japan and not for the racing sake but for the lifestyle,” Crompton said on the program.

“If I can reveal a little personal moment, you and I sat in a car together in Port Melbourne.

“There was an opportunity for you to continue (in Japan), to go back to Europe and try for Formula 1 or for IndyCar (in the United States), but it meant career debt and you actually burst into tears and you said 'I want to come home'.

“You had had enough.”

Moving overseas as a young karter, Courtney lived in Italy and England before eventually spending a single year based in Japan.

He moved back to Australia after winning the 2003 Japanese F3 championship, commuting back-and-forth to Japan for two years while racing SuperGT.

Courtney explained the growth of the Supercars Championship made it an easy decision to abandon his international career.

His Supercars debut came with the Holden Racing Team in the 2005 enduros before replacing Marcos Ambrose at Stone Brothers Racing in 2006.

“It was pretty tough, I suppose, where I had gotten close to the F1 dream where I was testing and racing and then went to Japan and had the experience of the tin-top or saloon style racing,” Courtney told Crompton.

“It wasn't that hard a decision in the end.

“I'd forgotten about what life was like in Australia.

“I left at such a young age at 14 or 15 and would come home every year at Christmas-time and see my mum and my twin which is something not a lot of people know.

“I wanted to have a relationship with my family. (Wife) Carys and I wanted to start a family.

“This championship was growing and exploding.”

Courtney added the F1 testing crash proved to be a pivotal moment that would change the course of his career.

“It was a good opportunity from those guys to race in Japan,” he said of 2003.

“Carys and I packed our bags and went off to Japan and won the Japanese F3 championship and had an amazing time racing the big sports cars.

“That probably gave me a little taste of what I'd missed I'd suppose.

“You could run really close and lunge and pass and have really good on-track battles.

“It really fired me up to want to pursue touring car racing and ultimately from that moment I was like 'I want to come back'.”

Inside Supercars will broadcast the full revealing Courtney interview at 6:30PM AEDST with an encore screening 8:30PM AEDST on Fox Sports 501.