Jacobson’s six-cylinder hopes up in flames

The RABBLE.club Nissan was running seventh on lap 60 when Jacobson stopped due to an engine failure.

He had been trying to get home on six cylinders and record a maiden solo Supercars top 10.

While Jacobson still had to pit again to complete fuel-drop requirements, he was running ahead of Kelly Racing team-mate Simona De Silvestro, who wound up 10th after her own extra stop.

"I was communicating with the guys on the radio saying 'do you want me to stop?', because I was down two cylinders for about six or seven laps," Jacobson told Supercars Trackside.

"We knew if we had some rain we were in for a chance."

Jacobson has a pair of eighth-place finishes as a co-driver, but the best result of his rookie campaign was 14th at Hidden Valley.

"It is one of those things at the moment, we're probably a little bit outside the set-up window in the dry, but for some reason when it rains our cars are hooked-up," he added.

"The fuel situation I wasn't aware of at the time, I was just concentrating as hard as I could on just trying to avoid those white lines, locking up a couple of times into Turn 2." 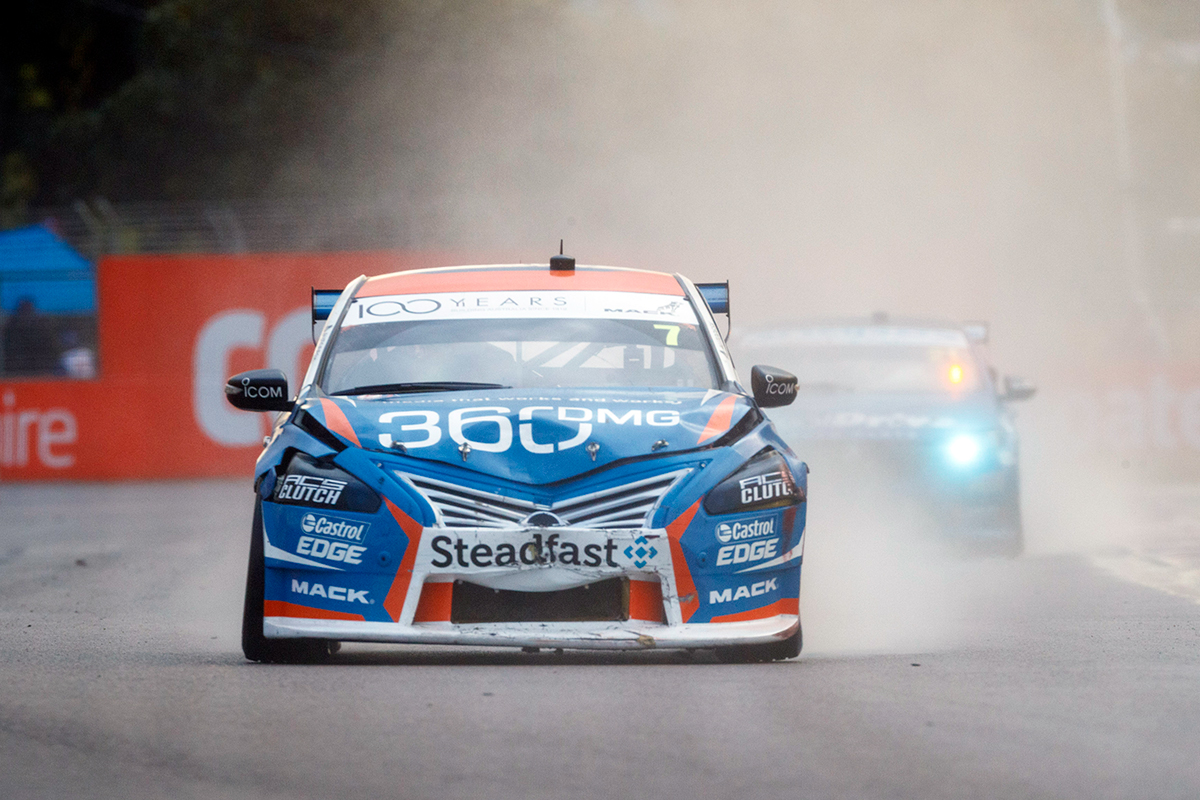 Rick Kelly in sixth was the team's best finisher with De Silvestro 10th and Andre Heimgartner a frustrated 18th after a mid-race clash with Mark Winterbottom.

Heimgartner occupied eighth at the time and was hit by Will Davison while spun, and later received a 15-second time penalty for his own contact with James Courtney.

"It was pretty disappointing to get taken out by Frosty after we had pretty good pace early in the race, especially because it was the same corner where I had contact [on Saturday]," Heimgartner said.

"It’s a bit annoying because once again we had to spend a bit longer in the pits to repair the front of the car where the bumper was rubbing on the tyre.

"I think if it had of stayed dry it might have been a different story because our car was quite quick in the dry but it wasn’t meant to be."