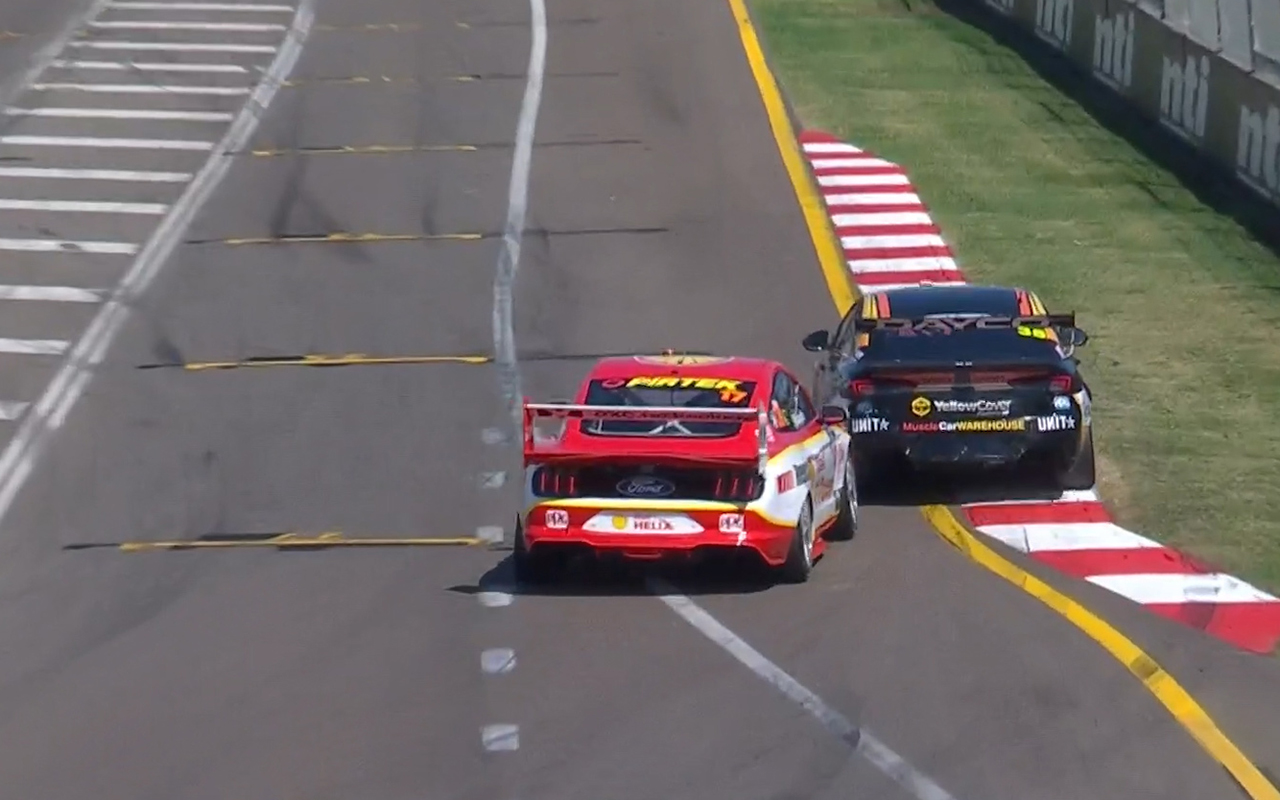 Garry Jacobson has received a three-place grid penalty for impeding Scott McLaughlin during qualifying for Race 24 at the Robson Civil Projects Townsville SuperSprint.

McLaughlin tagged the back of a slow-moving Jacobson at the exit of the final corner, leaving the Shell V-Power Racing Mustang to start 10th.

Jacobson though qualified last, meaning his grid penalty will be served at a future event.

The second-year main game driver apologised to McLaughlin after the session, taking full responsibility for the situation.

Heimgartner came across both Penrite Racing Holdens at the exit of Turn 7, aborting his lap as a result.

Reynolds qualified 19th for Race 24 and will start 21st, while teammate Anton De Pasquale escaped sanction and lines up fourth.