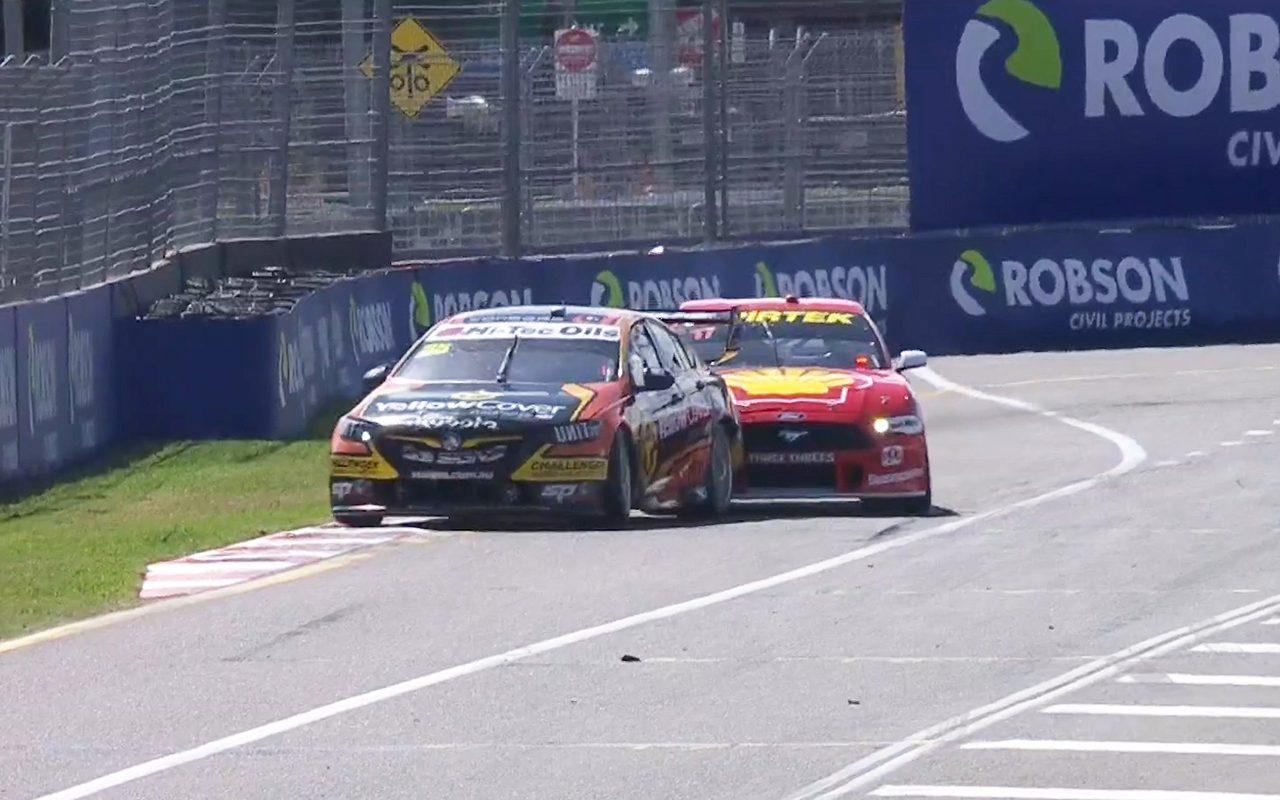 Garry Jacobson apologised to Scott McLaughlin following an incident in ARMOR ALL Qualifying at the Robson Civil Projects Townsville SuperSprint.

McLaughlin’s hopes of pole in the second 10-minute session were dashed when he came across the Matt Stone Racing Holden at the final corner on his hot lap.

Preparing for his own lap, Jacobson ran wide at the left-hander and was slow on the exit, where McLaughlin clipped the back of the Commodore.

“I’m just disgusted with myself. I went straight up to McLaughlin and apologised,” said Jacobson, who qualified last.

“It’s just a communication error to be honest.

“I thought I had more time behind me than what I did and didn’t really hear anything on the radio about a car approaching Turn 10 or 11.

“Without that communication of knowing when to get going, as soon as I saw him coming it was too late.

“I’m gutted for Scott McLaughlin, I apologised to him straight away and I’ll wear it, but we’ve just got to improve our communication as a team.

“All I can say is I’m sorry to Scott McLaughlin and it was my fault.”

McLaughlin was philosophical about the situation as he faces another Townsville fightback.

“I think it’s the difference between us being on the front two rows,” he said.

“I went and told Garry, the onus is on his team as well to tell him where we are.

“We haven’t had a problem all year or all weekend, but you can only leave so much of a gap.

“Everyone is in the same boat, you can’t be selfish about your gaps, it’s one of those things.

“He said sorry, apologised. I’m still pissed off, but it is what it is and we’ll start from 10th.”

McLaughlin will start second for the day’s opening race and will try to strategise his way to the front in the second.

“We’ll work on it, have a think about what we do plan-wise, take two, three, four [tyres in the pitstop] or whatever to get out of the hustle and bustle.

“Our car is fast, we should be on the front two rows, but that’s how it is.”