‘It felt like F1’: Drivers react to Perth pace 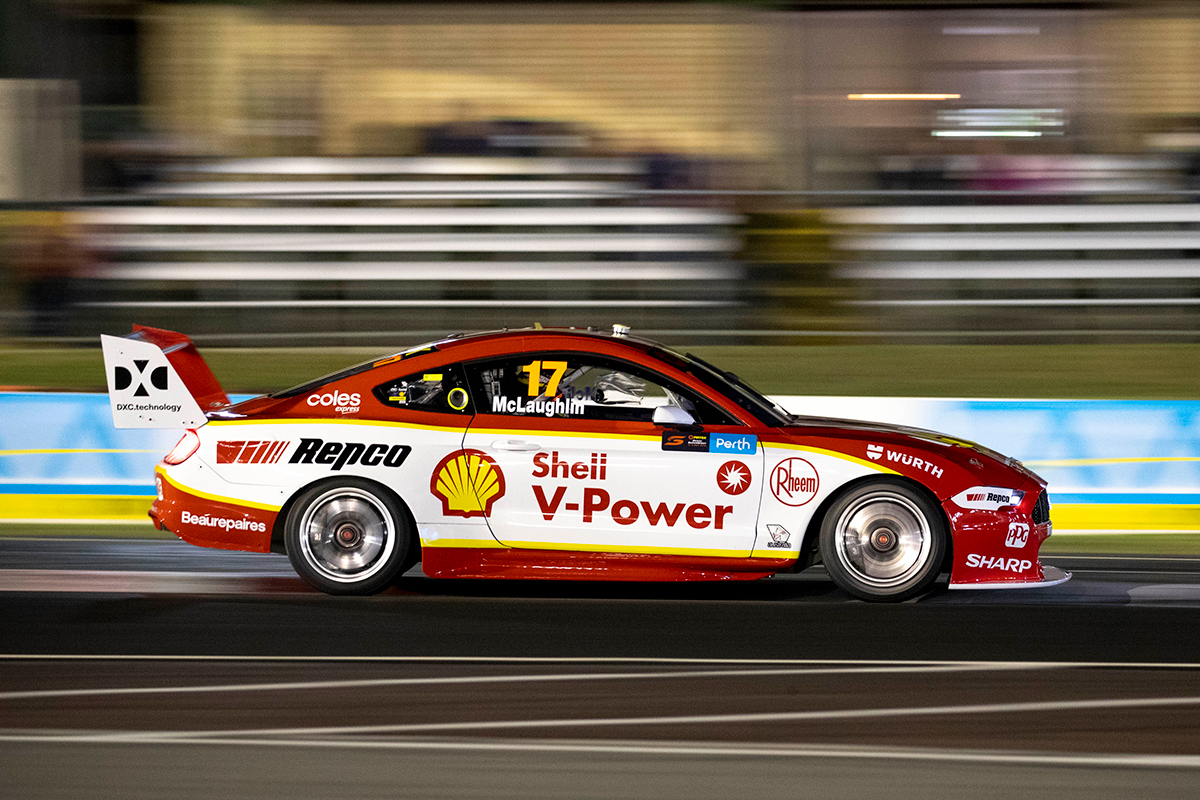 Scott McLaughlin says the combination of a new track surface and under-lights running at the PIRTEK Perth SuperNight made his Mustang feel 'like a Formula 1 car' in practice.

Drivers' first taste of a resurfaced Barbagallo Wanneroo Raceway came in a night practice session, ahead of races on Friday and Saturday evenings.

By the end of the 30-minute session, a 53.4430s from Jamie Whincup was just over a second quicker than McLaughlin's 2017 benchmark.

McLaughlin ultimately set the eighth-fastest time, 0.3002s off the pace set by the seven-time champion.

"Night plus the new surface is crazy," McLaughlin said.

"The first couple of laps took me a bit to get used to it all, but overall pretty happy.

"It’s really, really fun just driving it on the front tyre and hooking it in.

"It’s like a Formula 1 car. It feels like we have a heap of downforce even though we’ve been given a hair cut. So it feels alright."

Team-mate Fabian Coulthard added: "It's awesome. I wish every track was like this because you can actually drive the car the way you want to."

Whincup said the conditions were "very intense", with the fresh surface offering a "massive amount of grip".

"It's like being in a go-kart, really, just the grip, the entry speed you carry in, the corner speed is right up there," he said.

Tickford Racing pair Chaz Mostert and Will Davison were Whincup's closest challengers in the session, both lapping within 0.0351s of the Red Bull Holden.

"Where there are the patches [of dark], you're quick in the night patch and you're coming up in the day part and it's super-cool. 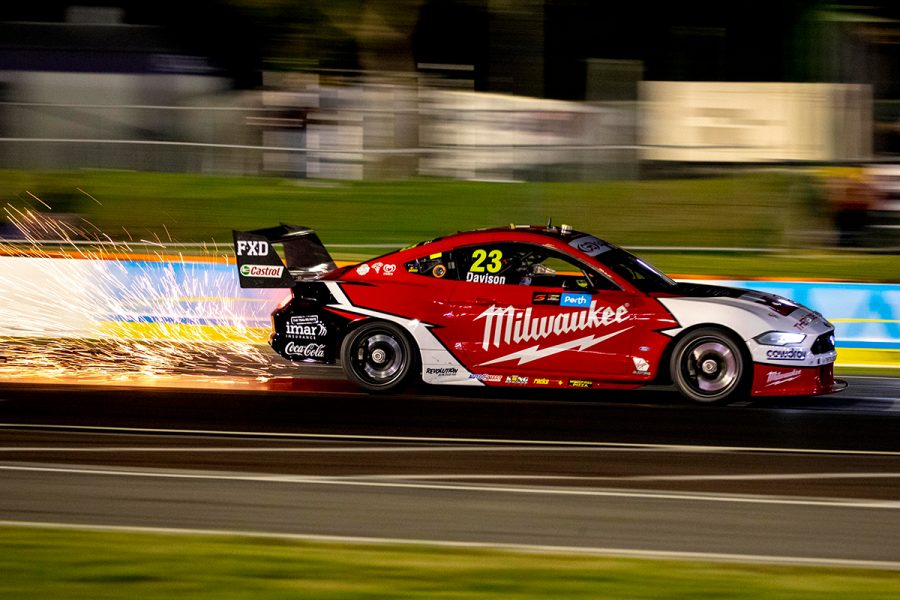 Davison said the conditions took getting used to, and were "backwards" from what teams and drivers face at most events.

"First few runs, engineer straight in the door 'what's the balance? What do you need to change?'," Davison said.

"And you sort of just laugh at them, saying 'mate, I'm just hanging on out here, the car's doing everything right, I've just got to get to the limit'.

"Like anything at night, it's sort of magnified, it sort of felt like you're on fast-forward on the PlayStation a little bit.

"The car turns a lot better so you can attack the corners in a couple of different ways.

"All a bit backwards from what we do at most events, just the grip level and the technique of driving the car was fun, to be honest.

"Like Jamie said, it nearly felt like you were in your go-kart, you could really grab it by the scruff of the neck."