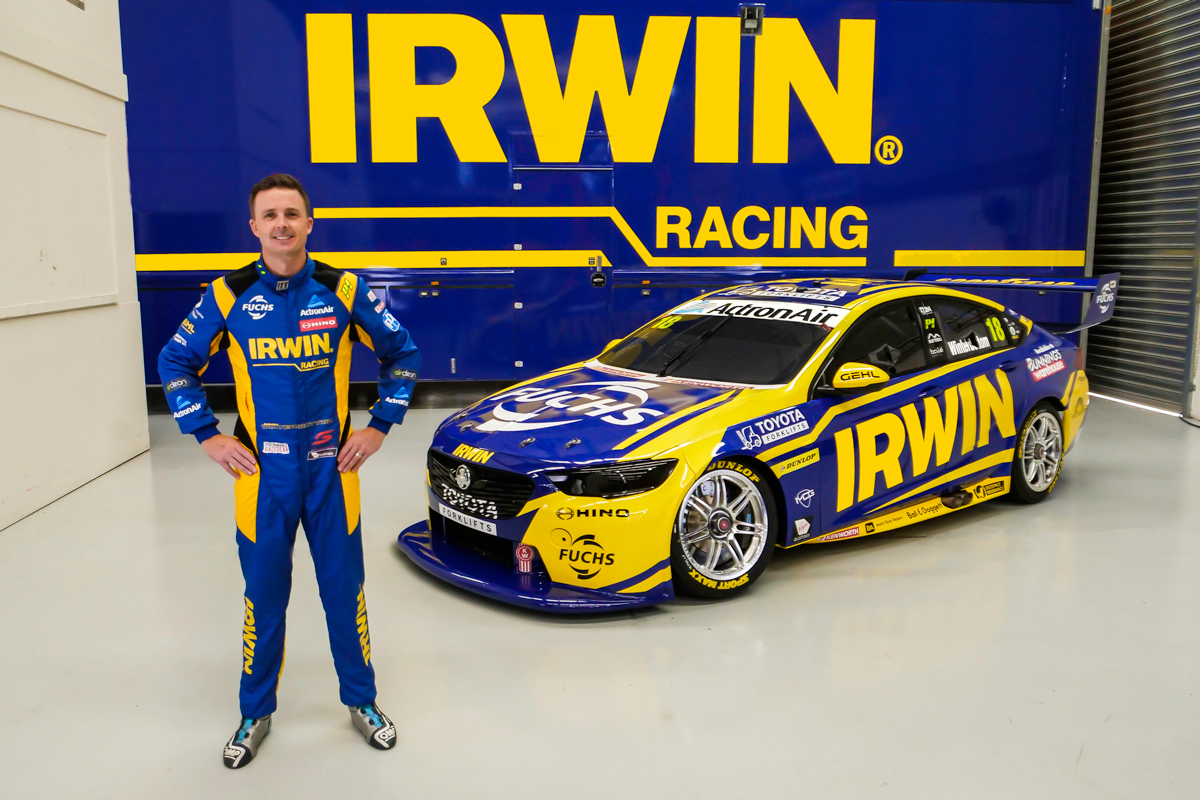 Mark Winterbottom has declared continuity for his second season at Team 18 will be crucial to their 2020 Virgin Australia Supercars Championship.

The livery for Winterbottom’s #18 was released this morning, with tweaks mainly around reversing the IRWIN-backed blue and yellow design.

Winterbottom guided the Holden squad to 13th in the championship last year, including an ARMOR ALL Pole Position at Symmons Plains, and is targeting more this time around. 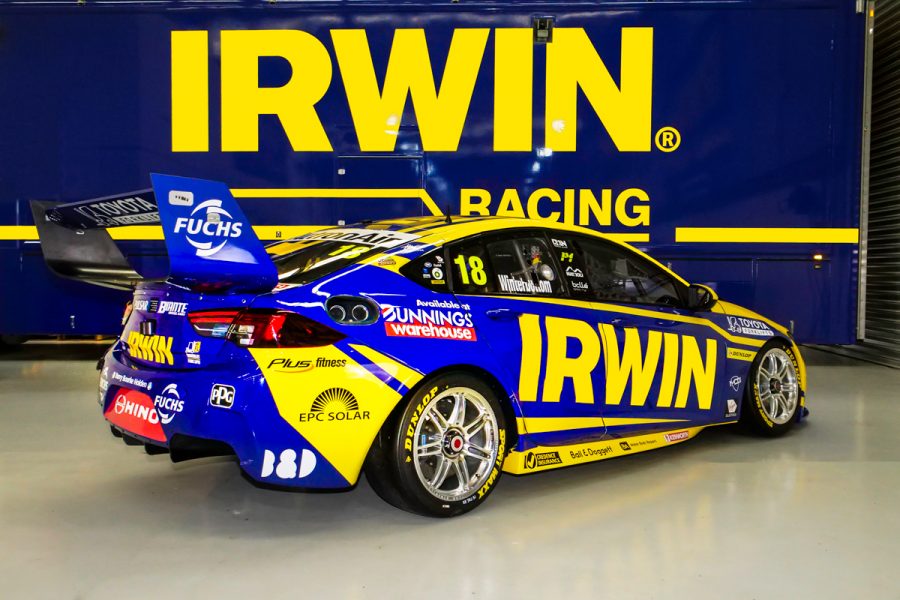 The 38-year-old will have a new race engineer in Manuel Sanchez – who previously worked with Winterbottom’s co-driver James Golding at Garry Rogers Motorsport – but largely retains an otherwise similar crew on his same ex-Triple Eight chassis.

“It’s great to reveal the new look for the IRWIN Racing Commodore for the 2020 season,” said Winterbottom.

“To start 2020 with something I know, the same partners and the same team, we can carry it forward and I’m looking forward to putting it into practice this year… 2019 was a very new year for me swapping over from Ford to Holden. 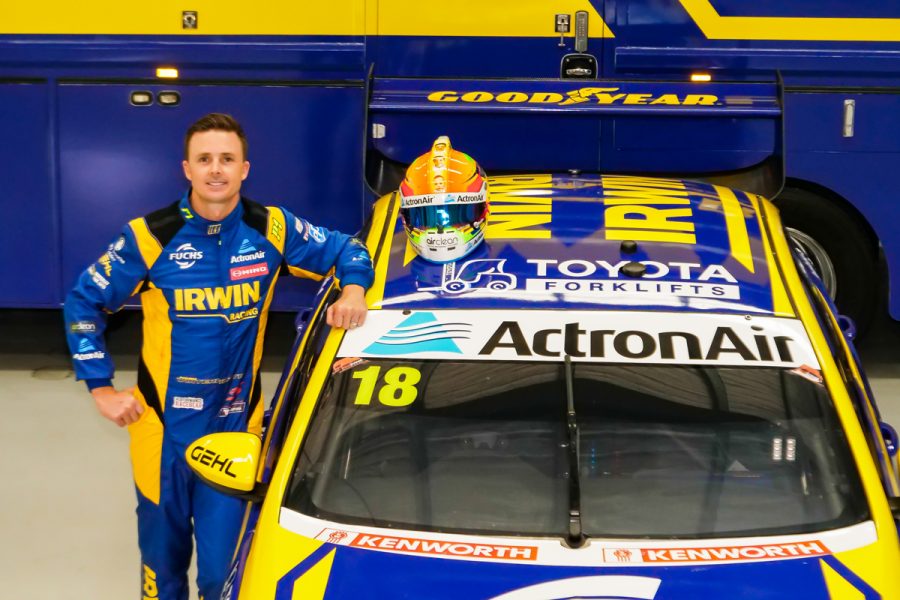 “I definitely feel a lot more comfortable now and although the team has expanded in the off-season, we’ve retained a lot of the same crew and complemented them with some new people.”

After more than a decade at Tickford Racing that netted the 2015 championship and 2013 Bathurst 1000, Winterbottom believes consistency will be the key to his and Team 18’s fortunes this year.

“The Supercars Championship is such a tough category. Every year you have to improve or be left behind, so hopefully there is a good year coming up with the package we have put together,” he said. 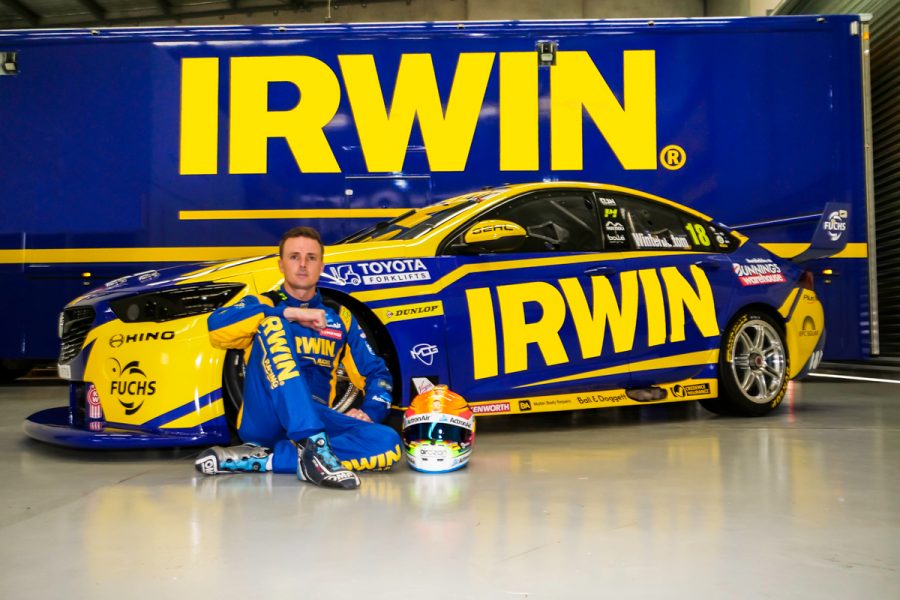 “Inconsistency let us down last year. We got pole position in Tasmania last year and then we qualified 20th at Phillip Island so we need to make sure our good tracks remain strong and our troubling tracks become better.

“It’s been a busy off-season for Team 18, but we’re really confident heading into this year that we can perform better.” 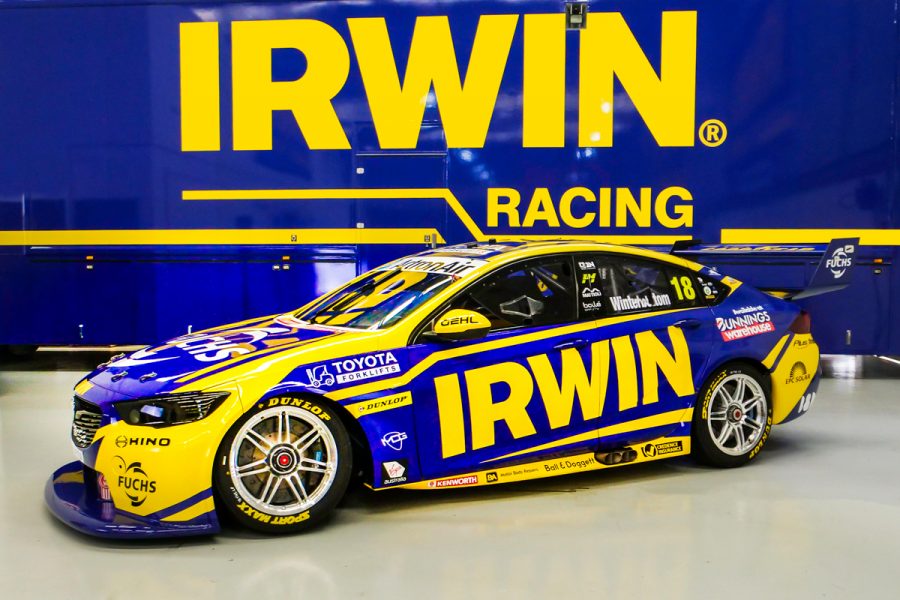 He’s confident of a bigger and better 2020 with Winterbottom and recruit Scott Pye – whose livery is expected to be revealed shortly – forming an expanded two-car line-up.

“It is also great to have Mark Winterbottom back with the team in 2020,” Schwerkolt said.

“He is an amazing guy and a champion driver. We all know how well he can drive, he’s won Bathurst, he’s won the championship, and he’s been the foundation of the rebuild of Team 18.” 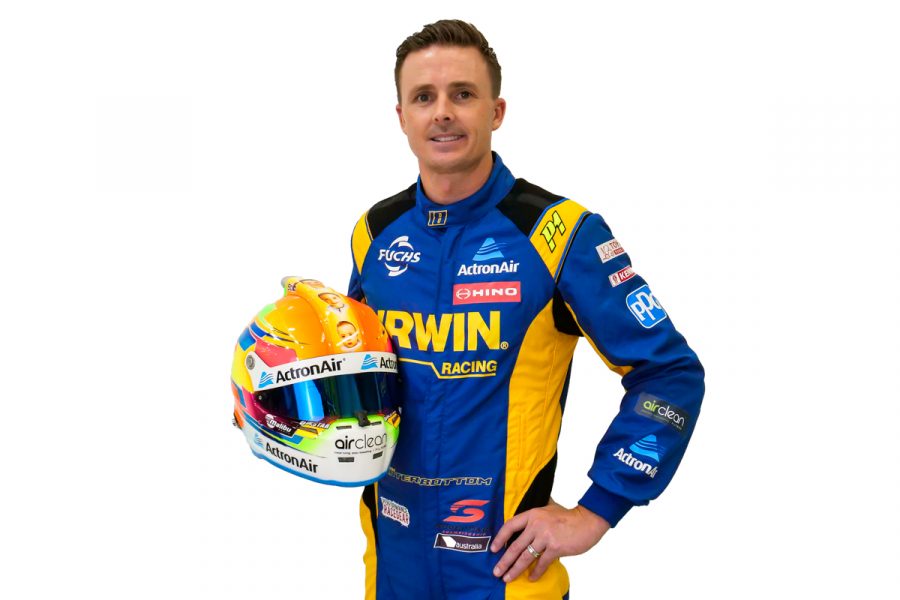 Stanley Black & Decker brand director Daniel Keyse added: “We are excited to be back for another year with Team 18 and IRWIN Racing and we're looking forward to seeing some great results.”

The IRWIN Racing Commodore will hit the track at the BP Ultimate SuperTest at Tailem Bend on Tuesday next week.

IRWIN Racing & DEWALT Racing ›
Stay In The Know
Sign up to the Virgin Australia Supercars Championship Newsletter
This website uses cookies to improve your user experience. By continuing, you will be providing your consent to our use of cookies.Ok