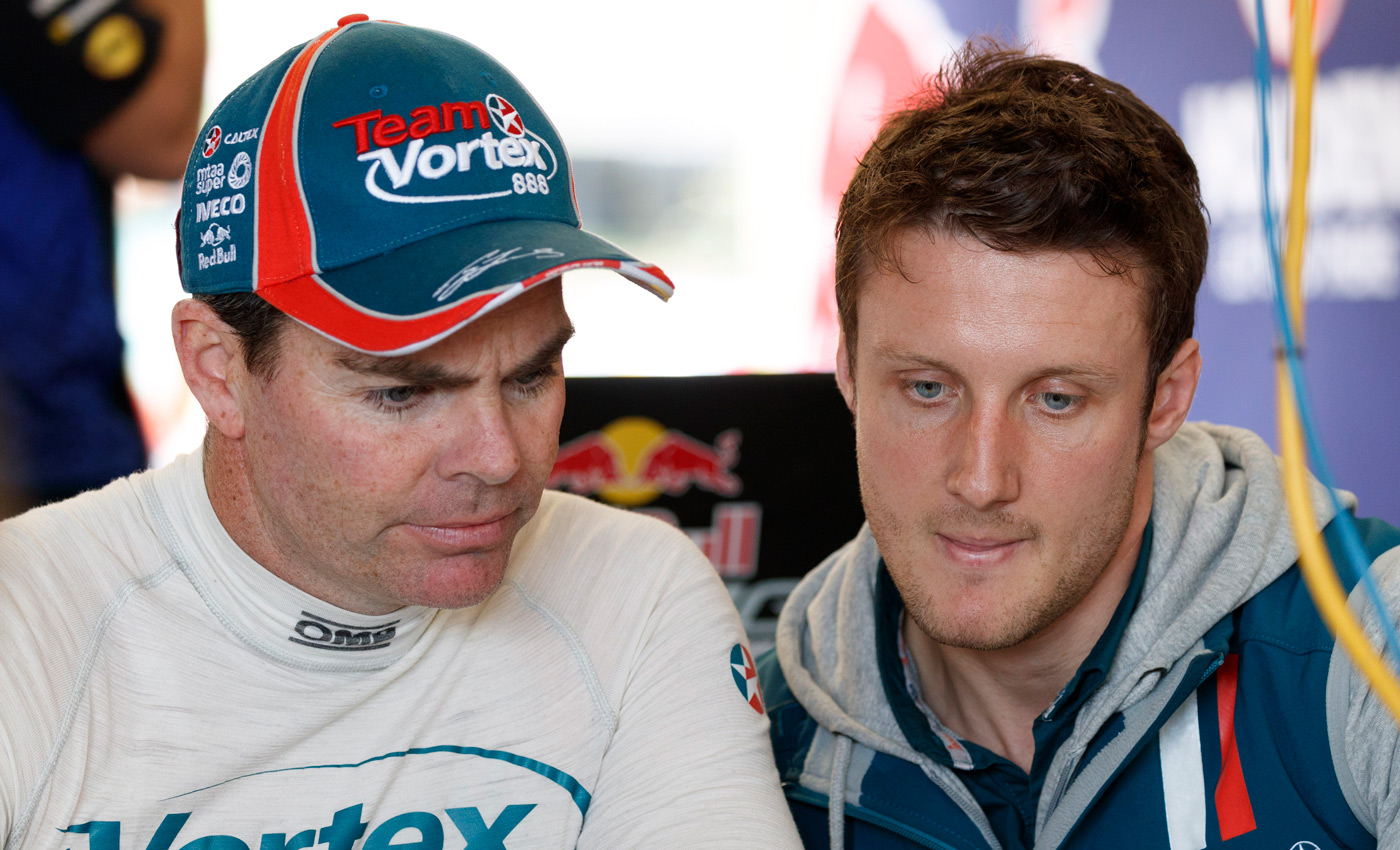 He’s sitting very much in the hot seat, but John ‘Irish’ McGregor is playing it cool headed toward the Virgin Australia Supercars Championship finale at Sydney Olympic Park.

The Coates Hire Sydney 500 will be only McGregor’s second event as Craig Lowndes’ engineer at TeamVortex, after Ludo Lacroix’s shock departure from Triple Eight Race Engineering and his promotion from data engineer at the ITM Auckland SuperSprint.

After a tough weekend in New Zealand Lowndes now holds only a 21-point lead in the drivers’ championship over Wilson Security GRM’s Scotty McLaughlin in the battle for third place overall.

If Lowndes can keep the Volvo S60 driver at bay then it will mean an epic 1-2-3 in the drivers’ championship for T8 in its first year running three cars.

“I am looking forward to it,” the 29-year old Northern Islander told supercars.com. “But I am realistic, I know there is a lot riding on it and we have to do our homework before we get there, get Craig into the workshop and cross the T’s and dot the I’s so we roll into Homebush will all guns blazing.

“Our main goal as an individual weekend will be to get Craig as far up the points as we can, but we will also have it on our minds to clinch that third.

“But we know we will have a job on our hands because Scotty is quick and he will be quick there.”

McGregor cites several reasons to be confident of handling the pressure in Sydney.

For a start, he has been in the T8 system since 2012 and this year was being groomed by Lacroix to take over as Lowndes’ engineer in 2017 anyway.

He will have the continued back-up of veteran engineer Ken Douglas in Sydney. Douglas usually works for T8 during the enduros but stayed on for Pukekohe and will continue as McGregor’s data engineer at the finale.

“I have plenty of people to turn to, there is no shortage of that,” McGregor confirmed. “So realistically I am in a pretty lucky position.

“I am a long way off saying I am 100 per cent comfortable, but like I say there are a lot of good people around me and we’ll get through this and the plan is to hang on to this third place. That’s the biggest thing.”

Even though he’s been preparing for the step-up from date engineer throughout 2016 and even had a practice run at Castrol Gold Coast 600 with Lacroix and Douglas advising, McGregor admits Pukekohe was a challenge.

“I think the biggest thing for me was just the management in and around the garage,” he explained.

“The set-up of the car is one thing, but it’s really only a small part of it. You have your tyres to look after and there’s quite a few other elements; you have got to manage your mechanics and you have got to keep talking to your team manager and you got to talk to your data engineer about what you want to show your driver.

“I think the whole people management thing and making sure what everyone knew was going on at any one time was the biggest shock to me.

“Obviously we will have to step that up again at Homebush because there are tyre stops and you need to keep managing your tyres during the stops and also the strategy to keep in mind and the fuel.”

While Lacroix has now left T8 and is serving out his gardening leave before joining DJR Team Penske for 2017, McGregor didn’t hesitate to praise his former boss, with whom he shared a strong bond including mutual a passion for mountain biking.

“It’s really weird [that he’s gone] because he has been here so long,” said McGregor. “You roll into work expecting to see him and hear him – because you usually hear him before you see him!

“It’s very weird. We are a close knit team and we all get on pretty well so it’s strange not having him here.

“But we have to move on as team and a reboot.”