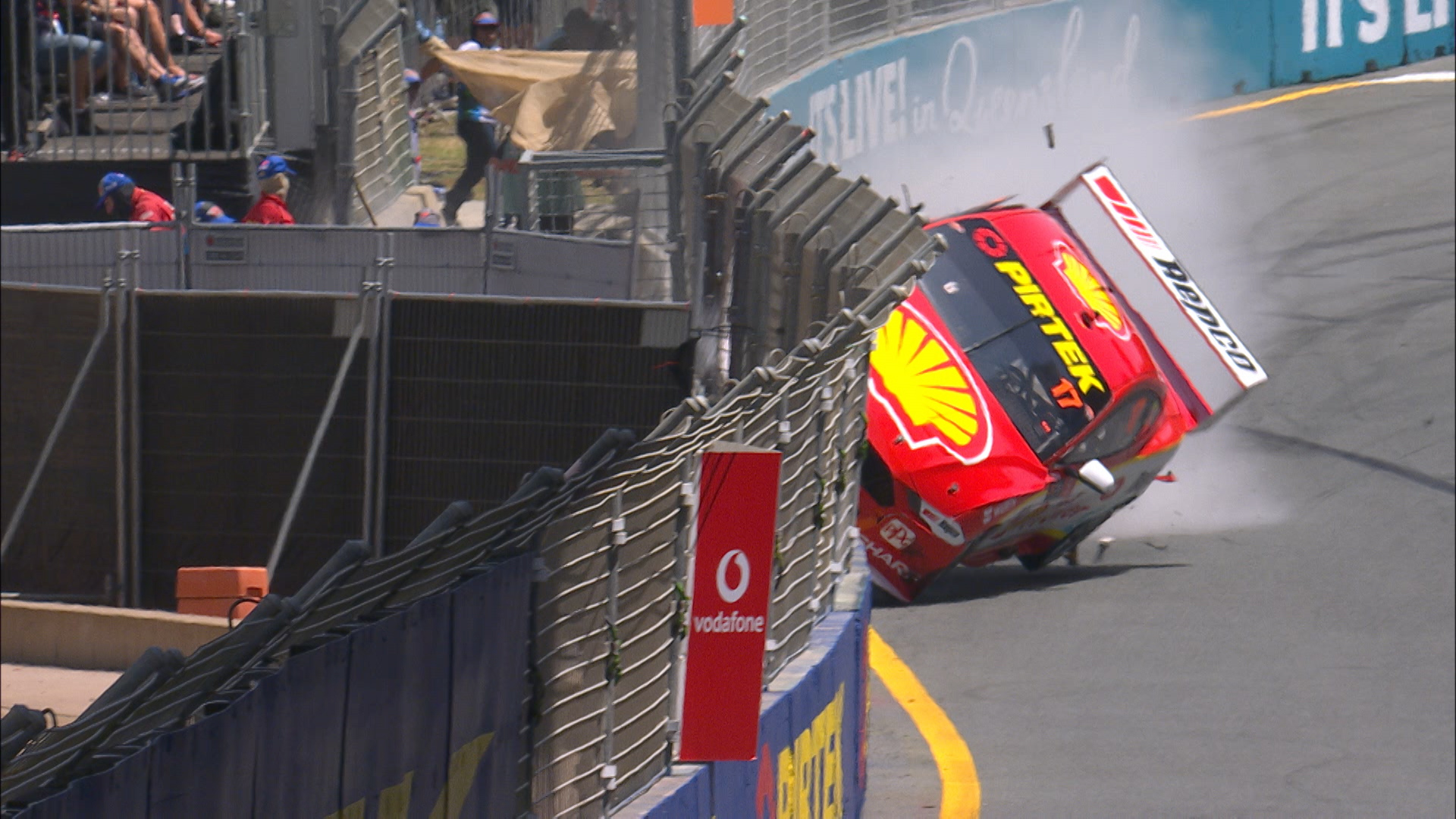 CAMS and Supercars have launched a joint investigation into a report that debris from Scott McLaughlin’s Gold Coast crash ended up on a hotel balcony.

Following McLaughlin’s heavy hit at the exit of the Turn 1/2/3 chicane, images were posted on social media of a Supercars shock absorber in the hands of a hotel resident.

While a broken table – and no injuries - was reported to be the extent of the damage, Supercars and the governing body have confirmed it’s being looked into.

“Supercars can confirm it is aware of an unofficial report regarding suspected debris going over the fence following the car 17 incident this afternoon,” read a statement.

“CAMS and Supercars will conduct an investigation into this incident. No further information is available at this time.”

Shell V-Power Racing boss Ryan Story confirmed to Supercars.com that the damper has been returned to the team.

Story, who thanked medical staff for their support of McLaughlin following the accident, also stressed his appreciation for a marshal working at the chicane.

The female official is understood to have hurt her shoulder climbing back over the barrier after assisting in the clean-up of the incident.

“It was only minor injuries, fortunately. She was able to take back her post,” explained Story.

“But we're extremely grateful for her and for all the marshals and officials and volunteers who make it possible for us to go racing.

“The last thing you want to see is anyone like that injured.

“I understand that she's a fan of Triple Eight, so we're going to convert her to a Shell V-Power fan with a heap of merchandise!”

McLaughlin underwent precautionary checks at the nearby Gold Coast University Hospital after the crash, before being given the all-clear and discharged.