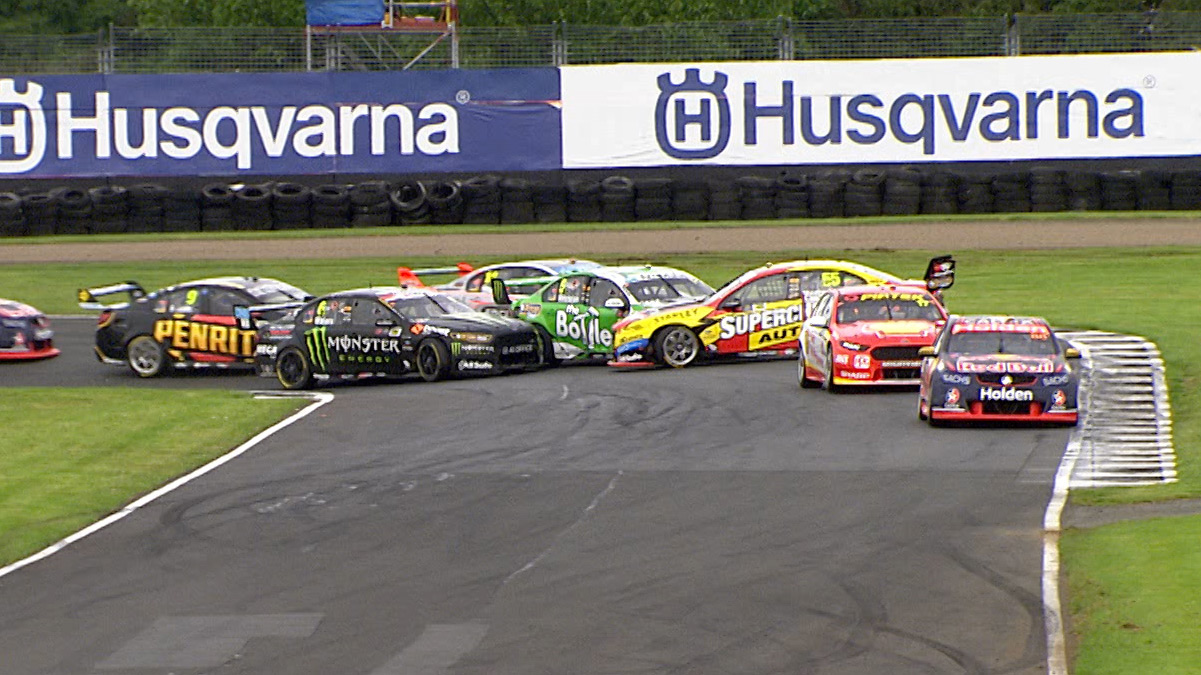 Cameron Waters will not face a penalty for his part in an opening lap collision in Race 24 that spelt disaster for Prodrive team-mates Mark Winterbottom and Chaz Mostert.

Mostert spun out of third place at the Turn 8 hairpin after contact from Mark Winterbottom, who had in turn been hit by Waters.

Waters escaped damage and went on to finish third, while Mostert recovered to seventh and Winterbottom finished 19th after a pitlane speeding penalty further hampered his race.

The incident was the subject of a post-race investigation from Deputy Race Director Michael Masi, who elected not to refer it to the stewards on the basis that "neither driver was wholly or predominantly to blame".

Speaking prior to the investigation outcome being confirmed, Waters said he felt confident he was not at fault, but apologised to his team-mates regardless.

“It’s good to get on the podium for the team, but obviously there’s a bit of a sour note to it with the Turn 8 incident,” he said.

“For me I thought the move was on, I got up to his door and through the brake zone he pushed me to the inside kerb.

“I thought it was all ok and then obviously Chaz was pretty committed to the corner and it was just a big sandwich.

“I went and apologised to him… Chaz is fine, he gets it, and Mark is a little upset but they’ll be right, they’ll get over it.”